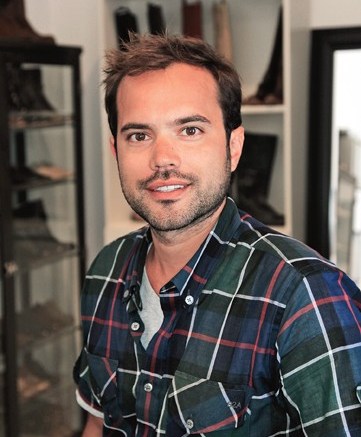 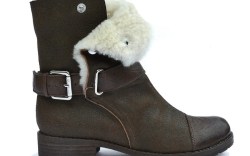 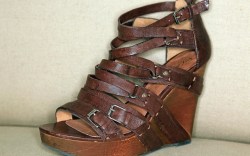 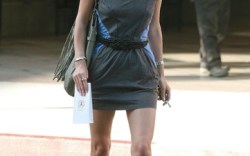 Shoes were an unexpected detour for Matt Bernson.

The designer was working in construction at his family’s firm when a trip to India in 2005 changed his course. He had bought an artisan sandal for his girlfriend and, amazed by how much she loved the handcrafted look, returned to India with plans to import the style to the States.

Soon, he was tinkering with the traditional sandal by adding more comfortable details and modernizing the look for a Western audience. By spring ’06, Bernson had designed a 10-style collection of leather flip-flops and gladiators — and retailers such as Anthropologie and Kitson took notice.

Five years after launching his namesake brand, Bernson has a faithful following of celebrities including Courtney Cox, Sarah Jessica Parker and Kate Moss and has built an account list of 250 stores spanning Bergdorf Goodman and Zappos.com. Now, he is focused on steadily growing into a global player.

“We’re really gearing up for expansion,” Bernson said of his New York-based company, which produces footwear in Brazil and China. “But we’re also trying to keep things edited and tight.”

This year alone has brought big changes for the brand. For fall ’10, Bernson launched a full footwear collection, with clogs, moccasins and tall boots, that is priced between $135 and $375. The Tundra, a shearling-lined motorcycle boot, has already become one of Bernson’s most successful styles, keeping pace with staples such as the Love sandal and KM gladiator.

“It’s opened up a whole new avenue,” he said. “[Some] people were very adamantly saying we were a sandal brand, but the early adopters who were the first to jump in and take a risk really accepted the product range.”

Bernson, who also offers leather cuffs, headbands and a limited-edition clutch, is angling to branch out further. For fall ’11, he’s entering the men’s market with a small collection of lace-up shoes, slip-on oxfords and other classic styles priced between $185 and $325. A few new handbag styles, dog leashes and collars and a leather glove collection are also in the works.

The strategy is working, according to retailers, who have expressed as much interest in Bernson’s expanded offering as with the core sandals.

“We’ve already seen success with his clogs and think the new line rounds out his assortment nicely,” said Shilpa Naik, merchandising director at Moxsie.com. “Customers initially fell in love with his flat sandals for the aesthetic and craftsmanship, [and] the love affair continues, bringing in the boot customer, as well.”

One of Bernson’s more enduring qualities, said Courtney Rotolo, buyer at American Rag in Los Angeles, is his ability to create fresh designs that still feel familiar. “He keeps many of the same silhouettes but maybe adds studs or different details,” she said. “He doesn’t stray too far from the original formula. He knows what works, and he varies it based on that.”

The additions have given business a boost, and Bernson said the company is on track to be up twofold by the end of 2010. Ongoing collaborations and plans for international growth could further the upward trajectory in the new year.

Bernson teamed with HSN and Lucky magazine in October on special styles under the Matt Bernson Special Project label, priced between $69 and $189. During his hour on air, Bernson sold 4,000 pairs specifically created for the shopping channel, selling out of the motorcycle boots in six minutes and platform clogs in 16 minutes.

“[Matt] really resonates with the HSN consumer and is known for creating unique product offerings and exceptional designs, making him an ideal partner,” said HSN VP of merchandising Chuck Anderson, noting Bernson will return in May. “He has the ability to engage with our customers through his great personality and storytelling capabilities.”

Matt Bernson Special Project also will make its way to wholesale for spring ’11 and is targeted at retailers already carrying the core collection. Priced about 25 percent below the core line, the line features original designs and is made from Italian-sourced vegan materials.

“They’re going to look like the brand, [but] won’t compete with styles from our core line,” Bernson said. “Even our regular accounts can do the $55 flip-flop, sit it next to the $169 leather sandal and still have it make sense.”

With a presence in about 20 countries, including England, Germany, Hong Kong, Mexico and Saudi Arabia, Bernson is looking at ways to boost his presence abroad. He’s recently started working with a distributor in Japan, where the line is already sold at Kitson and Isetan.

About 30 percent of his business is done abroad, but Bernson predicted he could more than double that number within six months by partnering with the right distributors.

And while the majority of sales are through wholesale accounts, branded e-commerce makes up about 15 percent of revenues, and plans for retail are under way. A New York location and a standalone shop in Brazil, where Bernson already has a small store in the Rio Design Center, are slated for 2011.

“[The New York space in Tribeca] would be fitting for the size of the collection and a way to test out new things and get some feedback,” said Bernson, adding that it also would be an indication he’s on the right track. “It’s been a dream goal, and it would be a huge mark of success.”