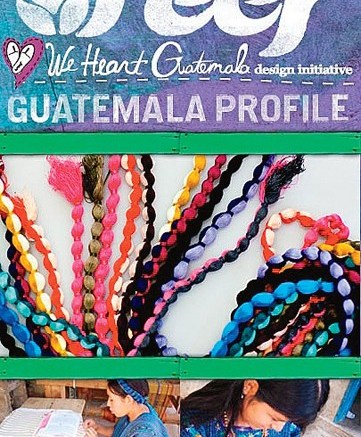 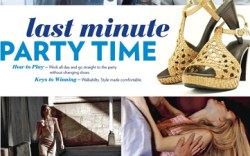 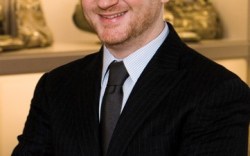 Top executives weigh in on their marketing hits for 2010 and what’s in store for the year ahead.

What worked in 2010: “The connection to our [Jones New York] ‘Empowerment’ campaign has been evident. Everywhere we go, women are telling us how much they identify with what we are doing.”

Strategy for 2011: “From a macro perspective, marketing and connecting your brands and products to consumers [next year] and beyond will be done best by those that truly understand and embrace the next-generation consumer. … Media still remains rooted in traditional [outlets] as the grounding force, but tips more to digital, with iPad adoption and mobile leading the way. Content will shift from brand-created to a more shared model, with consumers bringing ideas. Nine West’s primary focus will be to introduce new product ideas and storytelling to the marketplace that spark conversation and desire.”

What worked in 2010: “We really started to focus on social media and have seen great results, particularly with the recent launch of the Ugg and Jimmy Choo collection. During 2010, the number of Facebook fans has grown to nearly half a million.”

Strategy for 2011: “[Next year] will be the first time we’ve done an advertising campaign for pre-fall, to launch a new segment of the collection called Jimmy Choo Spirit. We [will] also launch our first fragrance in January, and [the product] is so important to Tamara that she is the star of the campaign — a first for [the brand]. We are looking to move more into digital, especially as our directly operated online store is both our latest and fastest-growing door worldwide.”

What worked in 2010: “Good, old-fashioned television commercials. We also worked on a very well-received integration with ‘Jimmy Kimmel Live,’ where we filmed viral videos of Chad Ochocinco, Dax Shepard and Chuck Liddell working out naked in ZigTech shoes. They became a viral phenomenon, and we staged a reveal with all three guys on the show.”

Strategy for 2011: “We will focus even more on social media tactics to get the word out directly to consumer audiences.”

Budget forecast: “With an increased budget for 2011, we will be able to tell more stories for the toning category, our ZigTech sneakers and our new Reebok Classics platform.”

What worked in 2010: “Our World Cup initiative was amazing. Our goal in the States was to have one main hub [the South Street Seaport in New York], but with the power of PR and social media, it went all over the place. Our counterparts overseas were getting hits because of the buzz.”

Strategy for 2011: “In [this] economy, everything was about cost cutting and saving. [But] the whole industry is now spending more, and we have some exciting new product lines, so we’ll be supporting that with a fully integrated marketing campaign on television, in major magazines and online, and we’ll be really focused on the consumer experience.”

What worked in 2010: “We came out of the gate with a real robust [campaign] in March. It got such a good reach and it stopped people in their tracks [because] it was different. The ‘Feel the Love’ tagline and our TV [ads] got a lot of attention. When we animated the Croslite character, it really resonated with our consumer.”

Strategy for 2011: “A few of our stores are now incorporating video technology into our displays — we launched that with our toning collection. Consumers can also use a mobile device to scan a code and get more information or even discounts. We have in place the evolution of our stores and consumer engagement strategies to see the brand at its best.”

Budget forecast: “As our business grows, our marketing grows proportionally. We’re a great growth story this year and we’ll continue to invest in telling that to our consumers.”

What worked in 2010: “Our professional surfing competition in Hawaii, the Reef Hawaiian Pro and a video we produced featuring surf athletes. [As a result] we had a 78 percent increase in unique viewers to the website.”

Strategy for 2011: “We’re going to continue to push on the social side. We’re looking at having a compelling website, but [also] going to where consumers are spending the time — on Facebook — and making sure all our initiatives are able to be seen on our smart phones.”

Budget forecast: “We’re going to spend 16 percent more in 2011 than in 2010. Our business is growing in a really positive direction, [so] we’re growing both [the brand] and [its] marketing department. We’re making sure that we’re spending money in innovative ways and funding new ideas.”

What worked in 2010: “We launched the 360-degree campaign called ‘Hot Commute,’ and as part of the campaign we appeared on ‘The Apprentice.’ We started to prepare the field for spring ’11, where we showed an increased relevance for the brand.”

Strategy for 2011: “We are getting more aggressive and pushing the envelope. [It is] still the story about the combination of style and comfort, but the [approach] to the stories we tell will be new and different.”

What worked in 2010: “Billboard advertising, mobile and the wrapping of buses and trains in major markets. Rather than having consumers come to us, we went to them.”