Marketer of the Year: Reebok 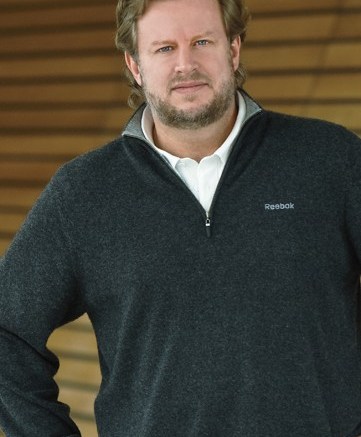 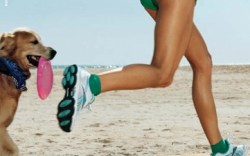 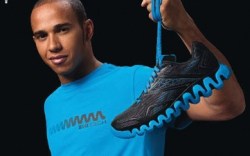 In 2010, most brands continued cutting costs as they adjusted to a post-recessionary world. But Reebok invested in a major face-lift.

“It’s all about timing, and we had the horsepower,” said Reebok President Uli Becker.

Becker has been with Reebok parent firm Adidas Group for 20 years, including a two-year stint as chief marketing officer, and considers himself a “brand guy.” It’s not surprising, then, that to tout Reebok’s new look, the company plunked down about 13 percent of its 2010 net sales on marketing. “To get something started again, you need to invest,” Becker said. “If you’re lucky like we [were], you are investing in a big way and nobody else is [doing the same].”

That investment crystallized into the brand’s global “Ree” campaign, which highlights the EasyTone and ZigTech lines (launched at retail in spring ’09 and this past March, respectively) and sends the message that Reebok “is in a better place,” said Becker.

“The purpose [was to] wake up consumers and harmonize the brand image,” he said. “We used all the different tools within [our] marketing mix: classic advertising, digital, viral, all the way to PR.”

And while many brands rely on celebrities in their campaigns, Reebok opted to feature models in its EasyTone spots and be a little provocative about it, highlighting a well-toned female figure. The idea, Becker said, was to appeal to the everyday woman and show that the shoes fit into any lifestyle.

“Toning was translated to a very simple and understandable campaign that clearly speaks to the [product’s] benefits,” he said.

Reebok did tap some star power for ZigTech, however, using well-known athletes to market to men. Before the official launch, videos went viral of NFL player Chad Ochocinco running in a park, Ultimate Fighting champion Chuck Liddell working out and actor Dax Shepard playing minigolf — all wearing nothing but ZigTech shoes. Comedian Jimmy Kimmel started cracking jokes about the men, who later appeared on the comedian’s late-night talk show to confirm the videos were for the campaign. The NFL’s Peyton Manning and the NBA’s John Wall were later added.

“The showcase of athletes is meaningful because it [illustrates] the size and scope of your brand,” said Becker. “I like fresh ideas, [such as] the Kimmel PR stunt.”

Becker noted that while marketing to men versus women requires different approaches, creating gender equality for the brand is important. For example, female consumers began purchasing Zig products because they were fans of the toning line. “It doesn’t matter if [a campaign] is targeted to a man or a woman; you need to make the brand stronger, which we [did] in 2010,” he said.

Above all, he added, the “Ree” concept reminds consumers that sports should be fun, which in turn challenges the idea that winning is the most important goal.

Jonathan Paisner, senior brand director at branding firm CoreBrand, said this down-to-earth approach has helped assure the campaign’s success. “[Reebok is] using ‘Ree’ as a way to make the brand friendly, to make it more approachable and more conversational,” he said.

Paisner added that the campaign exemplifies smart positioning: the EasyTone and ZigTech shoes promise consumers a simple way to stay fit. “You’ve got Nike as the gorilla in the space, and for a long time [Reebok] tried to compete at the same game,” he said. “It wasn’t the fashion brand that Converse has become, and [it’s] not in a performance niche like Asics and New Balance. But what it did really well was position itself in a very benefit-driven way.”

Paul Swinand, an analyst at Morningstar Inc., agreed, noting that Reebok’s advertising gives consumers a reason to believe the product’s technology is better than that of its competitors. “The depth and breadth and quality of Reebok’s marketing is proportionate to its size, heritage and history,” Swinand said. “They’re selling sexiness, which is [resonating] with people, and the [campaign] gives you a convincing argument [that the product works].”

Although it’s impossible to fully quantify the impact of the “Ree” campaign, it does appear to be contributing to a lift in sales for Reebok. For the third quarter, the brand’s sales jumped 14 percent, and Adidas Group is projecting revenue growth of 50 percent across both Reebok and Adidas by 2015. Adidas Group CEO Herbert Hainer noted during an investor day earlier this month that establishing Reebok’s position as a leader in the fitness and training categories will be a growth factor for the company.

Such results are only the beginning of Reebok’s rebound, Becker said. The brand intends to invest more money into marketing in 2011. And with the holiday launch of EasyTone and Zig apparel, as well as a third technology slated for spring, Reebok will have even more ammunition for additional campaigns.

“The budgets are getting bigger, [so] the challenge is to make them as meaningful as 2010,” Becker said. “[Next year] is going to be an evolution of what we started this year, and in 2012, we’ll surprise everyone again.”