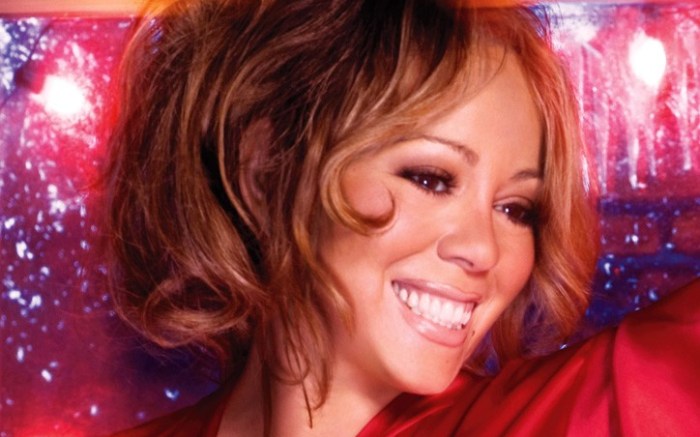 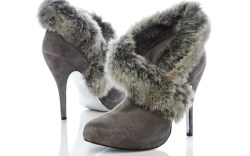 NEW YORK — “I spend more time in high heels than anyone I know.”

It’s no secret that Mariah Carey has a serious obsession with shoes, and today she will debut her own collection exclusively for HSN.

“It’s another creative outlet for me, something that I love,” Carey told Footwear News. “[The consumers] will really like the shoes. Even though we were thinking about comfort, they are still sexy and stylish.”

The brand’s Cyber Monday launch will feature six footwear styles, in addition to jewelry and fragrance. The line, priced between $70 and $200, includes suede boots trimmed with faux fur, quilted boots adorned with chains, a leather pump sneaker and a platform sandal with rhinestones.

Carey said she has had a vision for her own collection for years and drew inspiration from her favorite designer names, including Jimmy Choo and Manolo Blahnik, as well as her own style.

And being in the spotlight — she often acts as her own stylist for red-carpet events — has helped her learn a thing or two about design.

“Not everybody thinks of comfort and fit, but these are things I had to learn about in the business and entertainment world,” said Carey, who created the shoes in two different widths for both slim and wide feet.

On choosing HSN, the star said she was impressed by CEO Mindy Grossman’s strategy for the network and her collection. “She really gets it — she’s smart and savvy,” Carey said, adding that the two first met at her Los Angeles home, where Grossman also got a peek into the star’s shoe closet, which includes Christian Louboutin, YSL and Chanel.

Amy Shea, EVP of consulting firm Brand Keys Inc., agreed that HSN was a smart choice as a launch partner because Carey has made a name for herself as being a regular girl.

“She’s kind of the Cinderella story,” Shea said. “It makes sense to [sell] at a place where anybody can get [the product] and at a price point that a lot of people can access.”

For her part, Grossman said she has high expectations for the line. “Mariah clearly has a great relationship with her fan base and is known and loved by many people,” she said. “But at the end of the day, it’s product we have to get in the hands of our customer, and we think the [footwear] is terrific.”

The HSN design team worked closely with Carey to ensure the line represented her point of view, Grossman said. Starting at the sketch level, the singer had the chance to look at the samples throughout the nine-month process.

Carey is the latest celebrity to join the HSN lineup. The company has partnered with everyone from Molly Sims and Iman to Serena Williams and Wolfgang Puck, but the process is still selective.

“We get calls all day long, but it really has to feel authentic and the person has to be passionately attached to their product,” Grossman said. “[Mariah] is very lovable and we thought our consumers would love her [work].”