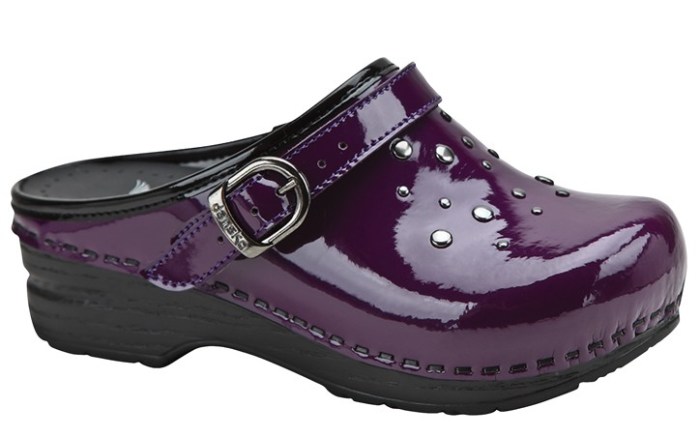 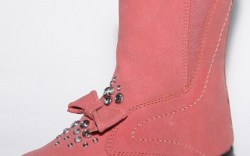 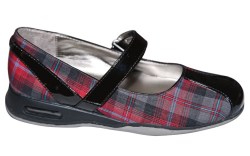 Adult shoemakers seeking new avenues for growth continue to set their sights on the kids’ market. This fall, Aerosoles and Cole Haan will bow their first youth collections, while Dansko and Born are jumping back into the category after brief hiatuses.

For many vendors, the motivation to enter the kids’ business is simple: additional revenue for a brand that has already won over parents, and the promise of new customers who regularly grow out of their footwear. And though smaller in volume, the children’s market has proven to be more immune to dips in the economy than the adult market.

Aerosoles is launching its new girls’ line in hopes of attracting moms who already have the brand’s fashion-comfort shoes in their own closets. “We are always looking for new and unique opportunities, and kids’ footwear seemed to be a natural fit for the Aerosoles brand and its DNA,” said Sandy Gabriele, SVP of First Cost, a division of the Edison, N.J.-based firm.

Many of the children’s shoes, she said, are inspired by popular Aerosoles styles for adults, and they incorporate similar comfort features. “As women shop, they will [discover] the same designs for the toddlers and girls in their lives that they have grown to love for themselves,” said Gabriele.

Cole Haan’s decision to venture into kids’ is, in part, demonstrative of the ongoing push among adult brands to diversify their product offerings, according to Evan Cagner, president of Hicksville, N.Y.-based Synclaire Brands, Cole Haan’s licensee. “Brands want to be involved in as many different lines of business as they can, be it eyeglasses, footwear, belts or handbags,” said Cagner, whose company also holds the children’s footwear licenses for high-end labels such as Stuart Weitzman and Kors Michael Kors. “If you’re a footwear brand, or a fashion brand with a footwear component, then the children’s market is really the place to go.”

West Grove, Pa.-based Dansko is reintroducing its children’s line this fall after bringing its manufacturing back in-house. Playing to the company’s strengths, the line is focused on clog constructions, a niche that Dansko has helped create and define with its adult product.

“Being in the kids’ business was a natural and logical extension of our core expertise,” said Mandy Cabot, president and CEO. “We’ve done well with casual, active and outdoor clogs, as well as fashion-forward clogs. And in terms of kids’, those are areas where we can successfully expand.”

Still, despite the obvious growth opportunities the children’s business affords, success in the market requires careful footwork. With its unique fitting issues and price constraints, the category necessitates an entirely different approach — something not all adult firms understand.

“The requirements of children’s footwear are very challenging and demanding,” said Synclaire’s Cagner. “It [seems] easy for a women’s or men’s brand … to just make takedowns, but [those shoes] are not proportionally correct, or they don’t fit well, and they’re not what a child will actually wear.”

Bob Campbell, CEO of BBC International, agreed. “Many [adult firms] think they can do it themselves, and I laugh at that,” said Campbell, whose firm produces the Polo Ralph Lauren and Guess children’s lines, and recently signed a deal with Born to relaunch that brand’s kids’ collection this fall. “It’s like me going into the pizza business. I’d fail because I don’t know anything about making pizza.”

As a result, not every foray into the category is a successful one. Donald Pliner debuted his first children’s line at the onset of the economic crisis in 2007, and according to the Miami-based designer, the line was well received by major retailers, including Zappos.com and Nordstrom.

However, Pliner’s first licensee failed to meet the delivery schedules, limiting the success of the collection. (He has since switched production partners to Miami-based Kinderland, and said the line is beginning to gain more traction.)

Pliner also had difficulty merchandising the children’s shoes in his own retail stores. “You have to have an environment that keeps children entertained and that is also safe,” he said. “You also have to have a staff that knows how to properly fit a child’s shoes. It really requires knowledge of children’s-specific product and creating that child-safe retail space.”

Pliner’s difficulties offer just one example of why many manufacturers have opted to take their kids’ product in-house. In most cases, these efforts entail creating a dedicated department, with its own design team and sales staff. However, larger companies with the capital and staffing resources to support the move have seen results with kids’ product.

Nine West, for instance, has operated a successful children’s division in-house for many years. “[Kids’] is a tough business to be in … and we couldn’t find a [licensing] partner we were comfortable with,” said Rick Paterno, president of wholesale footwear and accessories for the White Plains, N.Y.-based company, which produces footwear for its own brand, as well as under the Dockers, Mootsies Tootsies and Sam & Libby names. “It requires separate sourcing, as well as an understanding of how to make current fashion accessible for that little girl who sees a lot of things in the marketplace.”

For Dansko, the decision to oversee its own children’s offering was about maintaining control and protecting its brand identity.

“We thought it would allow us to stay more consistent with our brand vision and avoid conflicts,” Cabot said. “We’ve learned a tremendous amount and have detailed, intimate knowledge of what a great clog is. We really didn’t see that there was anyone else who knew how to do that better than us.”