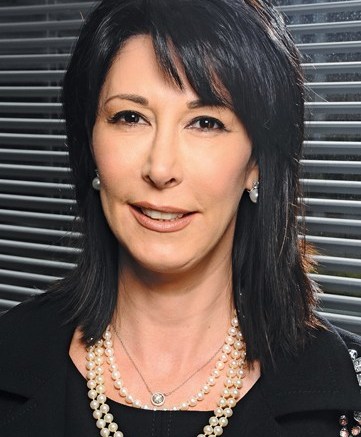 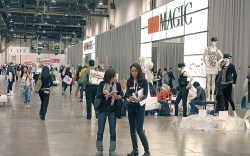 FN Platform is having a growth spurt.

According to show organizers, the number of exhibiting brands has doubled to nearly 1,000 at the upcoming event, set for Aug. 17-19 at the Las Vegas Convention Center, during The Magic Marketplace. Attendance at the show is also expected to be up significantly: Pre-registration has increased 17 percent over last season, when the show debuted.

Leslie Gallin, VP of footwear for FN Platform and Magic Marketplace, said the big change for attendees this season would be expanded product offerings for women, men, juniors and kids.

“People will find more depth in this upcoming show,” Gallin said. “Where we have a section, we have a robust section. Within each category, you will definitely see a growth in the number of brands and a more-comprehensive view of the market.”

A number of brands new to the industry will also be launching at the show, including CK Jeans, Dilly, Francheska, Ivanka Trump and Katy Kiro.

Gallin said that throughout the Magic shows, signage would more clearly direct buyers toward the FN Platform area.

“Last time, we learned that, while we all know what FN Platform is, we need to get it across [to all buyers] that we are the shoe show at Magic,” she said. “Now the signage is all very identifiable, and buyers will be able to connect the dots with greater ease.”

This season’s event will also pay homage to Robert Clergerie with a retrospective look at his timeless designs.

Celebrate in Style
In addition to the activity surrounding the Magic Marketplace shows — Magic Menswear, Pool, S.L.A.T.E., Street, FN Platform and Premium — WWD Magic, Sourcing at Magic and Project all have something to celebrate.

More than 1,000 exhibitors will be on hand at WWD Magic to help Footwear News’ sister publication, Women’s Wear Daily, celebrate its 100th anniversary. A special WWD@100 installation will feature images from the newspaper’s archives, and attendees at the showcase will receive a limited-edition gift.

Sourcing at Magic will feature more than 700 apparel and footwear material and component suppliers, factories, mills and print design studios, from more than 40 countries. That’s a 30 percent increase over last August’s edition of the event, according to show organizers.

This season’s country of focus is India, which will be featured in an India Pavilion on the show floor.

Companies from Taiwan, the Philippines, Vietnam and Mexico also will expand their presence at the show.

Project, now under the direction of Andrew Pollard, has announced plans for a new show format, slated to debut in January 2011 at Project NYC. Previews of the new look and layout can be seen, though, at the upcoming event in Las Vegas. Highlights include new mobile applications for navigating the show, a stage to showcase brands and a speaker series.

10 a.m.: Seminar: Fashionable Sustainability — What Does It Mean for Brands and Retailers?
Industry experts look at the impact of sustainable practices on the environment and the lives of factory workers.

6:30-8 p.m.: Opening Night Party
Celebrate the close of the show’s first day with food and an open bar at the FNP Café.

8:30-9:30 a.m.: Men’s Buyers Breakfast
In the Camp/Bond lounge on the show floor, men’s buyers will be treated to a special breakfast shopping opportunity.

5-6 p.m.: GDS Cocktail Party
German food and drinks will be served in the FNP Café.