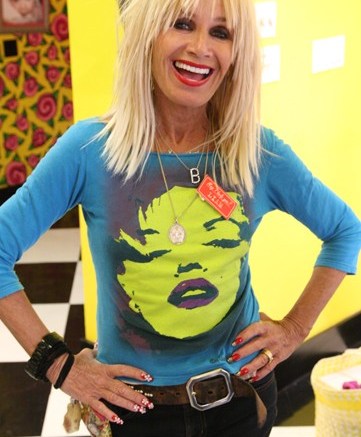 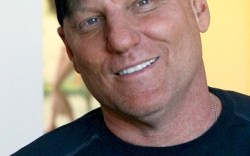 While shoe sales comprise 10 percent of the label’s total revenue, Madden wants to triple that within the next 12 months, said Ed Rosenfeld, chairman and CEO of the Long Island City, N.Y.-based firm.

“We want to keep it within the existing distribution, with a focus on better department stores, such as Nordstrom, Dillard’s and Macy’s,” Rosenfeld said. “We can reach a wider customer base through expanding the assortment and door counts.”

Madden plans to lower the average price of the footwear line to about $90 from $150, which will likely translate into more than $6 million in revenue next year, according to Sterne Agee analyst Sam Poser.

Madden announced earlier this month it had acquired all of Betsey Johnson’s intellectual property in a deal that forgives the loan it purchased from the brand’s creditors last month. The purchase price was effectively $27.4 million, or the amount it paid for the loan, which was originally worth $48.8 million. In tandem with the deal, Madden also purchased the brand’s footwear license from Titan Industries, which had held it for six years and recently renewed it until the end of 2012.

Titan CEO Joe Ouaknine told Footwear News that the firms reached a settlement sum that was “fair to both parties.” According to Ouaknine, Betsey Johnson footwear was performing “very well,” recording a double-digit increase year-over-year and contributing almost 25 percent to total sales.

“This [acquisition] caught us by surprise, but I’m not at all concerned by the loss of revenue,” Ouaknine said. “We’re expecting some huge increases in Bebe sales soon, [and] there are so many licenses out there that I could replace [Betsey Johnson] with.”

Madden will start producing Johnson’s footwear in the second quarter of 2011. The company said it expects the Betsey Johnson business, as a whole, to add 10 cents to its earnings per share next year. Of the label’s overall value to the firm, Rosenfeld said, “It’s an amazing brand that’s been around for 30 years and still has a cult-like following.”

Meanwhile, BJ LLC, the vehicle through which Betsey Johnson retail stores are run, remains majority owned by Castanea Partners, which acquired the company in 2007. Last week, a filing with the Securities & Exchange Commission revealed that Castanea and Madden have each contributed $3 million to help cover BJ LLC’s operating needs over the next five years. In exchange, Madden gets a 10 percent equity in BJ LLC, which will also continue to produce dresses as a licensee.

“The $3 million investment by Madden in BJ LLC is less than the cost of a bankruptcy proceeding, allows Madden to continue selling accessories through the stores and makes Madden look more like a savior than a bully,” said Poser.

Steven Marotta, analyst at CL King & Associates, called the move a great deal for everyone. “Castanea gets a chance to run the stores, Madden gets the brand, Betsey Johnson remains involved in the design process and everyone’s happy,” he said.