Luxe Firms Look to Break In 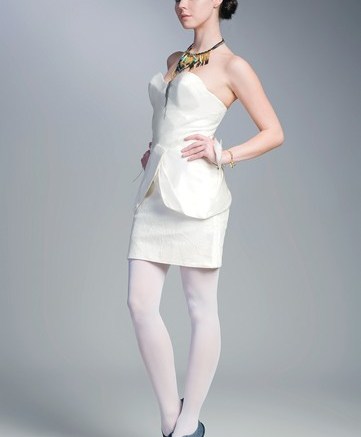 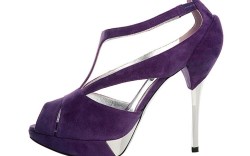 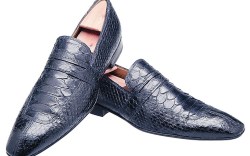 NEW YORK — While many luxury businesses have scaled back during the downturn, some intrepid upstarts are seeing opportunity in the high-end arena.

For fall ’10, a cross section of designers from established footwear brands and couture dressmakers are taking a gamble on new shoe lines. Considering the uncertain economic landscape, the launches could be a boon for business — or a significant risk.

“It’s a bit of a roulette table,” said Milton Pedraza, CEO of the Luxury Institute in New York. “Consumers, even though they are spending more now and are willing to pay higher prices than they were six months ago, are still incredibly discerning. [New brands must offer] a unique experience.”

Ildikó Gál, named for the Hungarian brand’s creative director, is attempting to do just that through exclusive technology. The new bespoke men’s shoe line has obtained state-of-the-art scanners that help create unique lasts when the customer steps on them. CEO Csaba Ternyák said such a modern approach to old-world shoemaking has given the brand a point of distinction.

“This is an extra, a novelty on the market,” he said through an interpreter. “It’s the first [such scanner] in the U.S., so everyone is [impressed].”

Still, he added, the narrowness of the current market has been a challenge. As a result, the brand is focusing only on the U.S. to start. It also decided to put women’s shoes on hold and add a ready-to-wear men’s line to the offering.

“This balances the business,” said Gál, who is targeting high-end boutiques and department stores. “The handmade price points start around $2,990, and the ready-to-wear collection starts at $395. We have done this to make sure we can keep both ends of the [luxury] market. Originally, it was going to be just the handmade line, but now we have both. I guess you can say it’s a sign of the times.”

When Ron Donovan decided to expand his bespoke men’s and women’s footwear business with a wholesale men’s collection for fall, the move was partly to lower prices.

“My [bespoke customer] is still there, but there were more requests for me to do this,” said Donovan. “And it allows us to expand our availability and have better price points.”

Donovan’s ready-to-wear line will sell for $750 to $1,200, and he plans to add more casual looks and sandals to the 13-style collection. And while he hopes to eventually attract better department stores such as Bergdorf Goodman and top-tier men’s shops like Wilkes Bashford in San Francisco, right now he is starting small.

“We aren’t looking to get a lot of sales,” said Donovan. “We want [stores] to see that we are here starting out. It is a higher price point [than mainstream brands], but we think customers will love the styling.”

“If you’re a new name, it’s tough, [but] the luxury industry needs new, relevant product,” said Pedraza. “A lot of the classic brands have survived on the classic, but there’s no new news out there. Where are the new shoes that will become classics? The luxury industry knows it needs to innovate its way out of the doldrums.”

For couture and ready-to-wear designer Guillermo Jop, who worked with Donna Karan and Zac Posen before founding his own Guishem line, the desire to innovate meant stepping away from existing lasts to build his own platforms and heels from original molds.

His $750-to-$1,750 women’s line, aimed at high-end retailers such as Harrods in London and Jeffrey in New York, features metal heels influenced by warriors’ swords and links back to his fall clothing collection. That detail, said Jop, will be the collection’s signature, but the new designs also represent his biggest risk.

“Because I paid for the molds, it’s a huge investment. I’m not thinking I will get all the money back. It’s a new [footwear brand] and nobody knows it,” said Jop, noting that he would like to recoup half his investment in the first season.

Convincing the ideal retailers to take the risk is another story. “It’s been kind of difficult right now,” said Jop. “Some stores are saying they don’t want to add new brands. [And in the higher-end], customers have to be convinced to pay more for the product.”

To deal with those challenges, Jop said he is negotiating with manufacturers in Italy to lower production costs. He also is gifting pairs to celebrities and friends in the fashion business to increase buzz about the brand.

For Ildikó Gál, the solution has been to open a retail location on New York’s Madison Avenue. The 400-sq.-ft. store is slated to bow this month.

“It’s so important as a new brand [to have a retail offering somewhere],” said Eric Mancuso, director of sales for Ildikó Gál. “The bottom line is that until department stores can see us [and we have a track record], it’s difficult to pick up a line that’s so new. So we want to build buzz ourselves.”