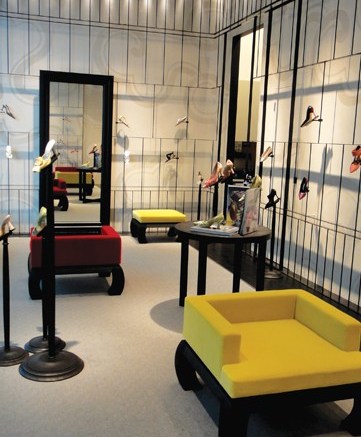 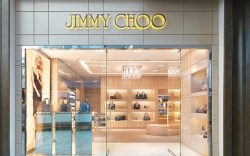 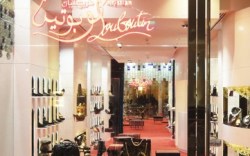 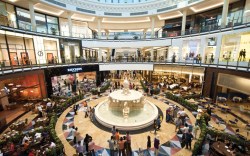 NEW YORK — Footwear firms are heeding the call of the East.

It’s no secret that as the economy finds its legs again, retailers are stepping up their game and growing their footprints. And much of their focus once again is on emerging markets in the Middle East and Asia Pacific, where luxury malls are popping up and attracting brands such as Christian Louboutin, Jimmy Choo, Manolo Blahnik and Stuart Weitzman. Retailers and real estate consultants said now is the time to expand in these areas, where wealth is rising and brand fatigue has yet to sink in — a marked contrast to the mature U.S. market. In addition, availability in these areas is at an all-time high, experts said.

Prime retail rents in Shanghai rose 17 percent in the second quarter to average about $262 per square foot per year, according to Cushman & Wakefield, and are expected to rise a further 50 percent in the coming year. But that’s still a bargain compared with most major cities. For example, retail rents on Paris’ Champs-Élysées are $1,256 per square foot per year and on New York’s Fifth Avenue, $1,250.

“In the current climate, China’s retail market has greater potential as an investment vehicle than almost any other retail market in the world,” Andrew Weir, partner-in-charge of real estate at KPMG China, wrote in a report released by the firm. “Despite the global financial crisis, China’s retail sales have continued to grow at double-digit rates, while retail sales have stagnated in many other markets.”

Consider the newly built Shanghai IFC Mall. More than half its 1.1 million square feet of retail space is leased to luxury retailers, including Bally, Salvatore Ferragamo, Louis Vuitton, Chanel, Hermès, Gucci and Prada. And roughly 15 percent of its retail tenants are making their debut in China.

“It’s a gorgeous mall in a completely new and affluent part of town for retail,” said Suhl, adding that Prada would also open in Guangzhou’s Taikoo Hui complex later this year.

Apart from China, retail hotspots are also popping up in the Middle East, which is an accessories-driven market. Christian Louboutin marked his debut in the United Arab Emirates by opening a boutique in Dubai’s Mall of the Emirates Fashion Dome last month. The designer had unveiled stores in Beirut and Jeddah, Saudi Arabia, earlier this year and plans to bow five more stores in the region by 2013.

“The Middle East is a strategic territory for us because it’s very much a market for shoes and handbags, and fits with our aim of opening more retail stores. The region makes up 3 percent of our global business, and we believe we can easily double that in the next two years,” said Alexis Mourot, COO of Christian Louboutin, noting that the brand plans to add 15 new doors worldwide next year.

Down under, Westfield Sydney, a $1.2 billion shopping center slated to openlater this week, has attracted Aldo and Stuart Weitzman.

It is located on the Pitt Street Mall, which has experienced the world’s highest rise in rents over the last 12 months, surging 71 percent to $748.50 per square foot, according to real estate firm Colliers International.

Nathan Clark, Colliers’ national director of retail agency, said there is still plenty of room for upscale brands to expand in the region.

“With credit markets improving, retailers with a strong balance sheet are quickly gaining the confidence to expand into markets previously viewed as too expensive or difficult to penetrate,” he said.

Weitzman told Footwear News he is opening in Sydney because the brand’s results in Melbourne “have been beyond expectations. [Plus], Westfield is the premier landlord in Australia, so these factors [will make] a recipe for success.”

The designer noted that the brand also is opening a boutique in the Beijing IFC within the next 12 months.

Singapore is another city with one of the strongest pulls this year, thanks to the Marina Bay Sands resort that opened its 800,000-sq.-ft. retail paradise last month. Notably, Louis Vuitton’s flagship in The Shoppes at Marina Bay Sands will be enshrined in a standalone glass pavilion that appears to float on the water off the bay.

And at least 10 other shoe brands have planted their feet there, including Jimmy Choo, Manolo Blahnik, Bally, Crocs, Birkenstock, Hush Puppies and Skechers.

Jimmy Choo CEO Joshua Schulman said the new mall at Marina Bay Sands offers a “completely different type of shopping experience and clientele” and “will provide great exposure to clients from China and all over Asia. Marina Bay Sands has a critical mass of luxury brands. Expectations are high for this center.”

Manolo Blahnik recently unveiled a store in The Shoppes modeled after a Chinese birdcage, and further international expansion is top of mind for Kristina Blahnik, the designer’s niece, who oversees store planning.

“The Middle Eastern market is fairly new to us insofar as it has developed within the last 10 years, and sales have been fantastic and growing well. Russia also is a very fast-expanding territory for us, while Singapore is such an international place with a very transient [population],” said Blahnik.

The brand recently unveiled a boutique in Dubai Mall and is about to bow a shop-in-shop in Moscow’s Tsum department store.

“As a global brand, you need to be located in these key cities [to take advantage of growing demand] in that market,” Blahnik said.