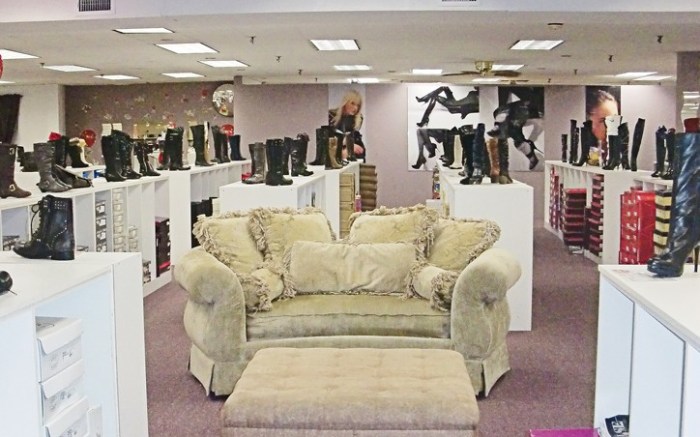 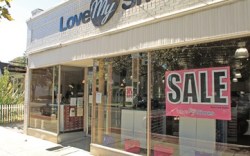 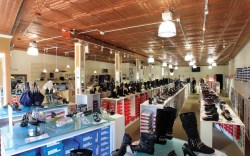 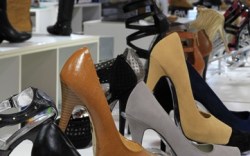 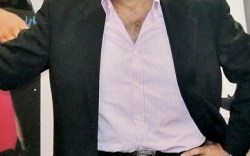 After 14 years, Love My Shoes is developing a more mature look.

The Long Island, N.Y.-based retailer has established itself in the juniors’ market, thanks to a lower-priced brand selection. Now, owner Robert Yeganeh has big plans to expand the women’s business, as his core customer has evolved.

“The customers were shopping with me for [almost 15] years, and we had to adjust ourselves as [their] taste levels changed,” said Yeganeh. “We still have to be that edgy, young, fast-fashion location that we were when they were juniors, but now we carry more sophisticated, grown-up shoes.”

To put the new strategy in motion, Yeganeh bowed a test location in October 2008, bringing his store total to five. The 2,400-sq.-ft. space in Babylon, N.Y., experiments with brands priced between $110 and $150 (compared with the other stores’ $49-to-$89 price range). Newly added brands include Michael by Michael Kors, Juicy, Via Spiga and Carlos Santana, and children’s product has been completely removed from the mix.

Part of the store’s survival strategy has also been to tighten inventory by reducing the number of brands and sizes it carries. And though Yeganeh wouldn’t release sales figures, he said revenue this year from the stores and website dropped an average of 12 percent, with 28 percent less inventory.

Yeganeh, an Iranian immigrant, first entered the footwear business as a teenager, after a family friend, who worked at a shoe factory for Candie’s, introduced him to the industry. Soon after, Yeganeh and his brother started selling women’s shoes at flea markets. “I had a four-door sedan with 200 pairs of shoes,” Yeganeh recalled.

The profits from that venture helped Yeganeh go on to enroll in the aerospace and electrical technologies program at Farmingdale State University. However, after graduation, Yeganeh discovered that he missed his days in shoe sales. “It’s a sexy business, and I realized this is my future,” he said.

But after several years, the business needed a change.

“In 2008, we did a complete restructure,” said Yeganeh. “We had to shy away from doing things the mom-and-pop and flea-market ways.” In addition to bowing the test store, Yeganeh hired a new general manager who came with 13 years of experience at Steve Madden and also remodeled his Huntington Station location, which reopened earlier this month.

The shop now has a cleaner look, with less inventory and more floor space for customers to browse the aisles. A selection of jewelry also was added to the mix, because, as Yeganeh said, footwear and accessories are “just what women want to be together.” But through the years, he added, all the stores have stuck to a self-service model, which makes customers feel more comfortable.

“The formula works [because it’s like] having a girl walk around the room as if it’s her own closet, sitting on the floor and trying on shoes,” said Yeganeh. “We’re providing that comfort [factor] with service.”

The Jessica Simpson brand continues to be one of Love My Shoes’ top sellers, said group president of sales Gene Berkowitz, who credited Yeganeh’s keen eye for the company’s success.

“Robert has a great pulse for the fashion business. He understands the trends his customers are drawn to, and his passion and knowledge for shoes drives him to personally get involved with each season’s buy,” said Berkowitz. “He is a great partner and his enthusiasm for the business is contagious, making him fun and easy to work with.”

Dale Michaelson, national sales manager for Dirty Laundry, a division of Chinese Laundry, has known Yeganeh for 10 years. “Love My Shoes is a family-run store, and what makes them so special is that the owner is really involved on a day-to-day basis,” said Michaelson. “The price structure is very competitive, and the self-service model is very convenient to the customer.”

Still, Yeganeh plans to wait for the right time to move forward with further expansion. Like other retail businesses, Yeganeh’s stores struggled during the recession. “We just survived and that’s as simple as it gets,” Yeganeh said. “[But] we’re very glad that we’re seeing the light at the end of the tunnel.”

Yeganeh does plan to launch a redesigned Lovemyshoes.com before Black Friday. Once the website is up, the retailer will refocus on networking through Facebook and Twitter.

About 18 percent of the company’s business is conducted online, and Yeganeh hopes to increase that number to 25 percent. “Hopefully, the [store] will become a national [name] and the digital [efforts] will help,” he said. “The more effort you put into your business and the more creative you are [with the customer], the more pleasant outcome you’ll have.”