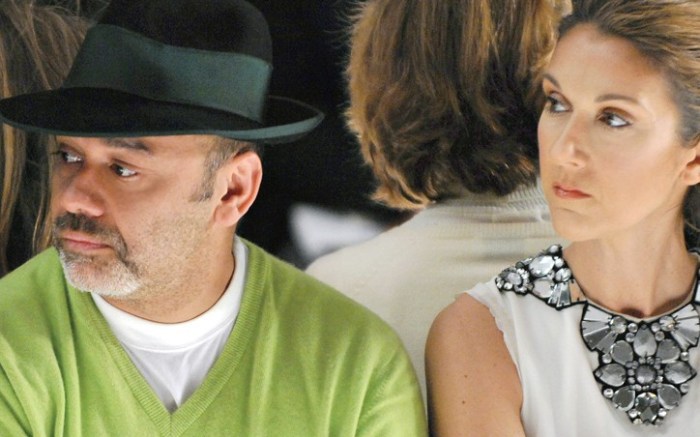 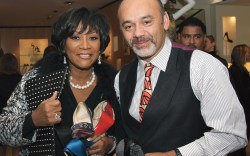 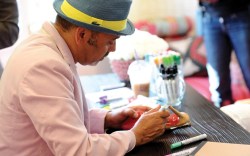 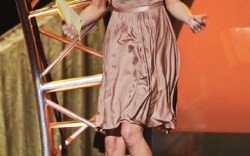 A typical week:
“I don’t really have one. I’m constantly traveling, so a typical week is being in an airport.”

The allure of California:
“If I had to live in America, I would definitely live in California and not in New York. Here, it’s disconnected. For me, it’s a release. I can organize myself better. I get to enjoy more of the city. Also, I love the landscape. It’s a beautiful out here. I love to hike in the Hollywood mountains. I love to go to this place behind Malibu and you see the whole sea there. It’s like a two- or three-hour hike, so it’s very nice. There is a mix of nature here which doesn’t exist in New York.”

Why he doesn’t advertise:
“I’m quite slow at everything. Advertising is a whole process. You need the photographer, a budget, location. It needs a massive amount of organization that we just don’t have the time to do. We’re still quite a small company.”

Social networking:
“I love it. I love it all. But I can’t do it! It’s very difficult for me. I can barely use a camera.”

Summer vacation plans:
“I’m going to Greece this summer. I love Greece. It has one of the most beautiful lights [reflected off the sea]. I’ve never seen it anywhere else. It’s a very specific light.”

Most memorable in-store appearance:
“At Barneys, I was doing this appearance and Patti LaBelle came with a suitcase of shoes [for me to sign]. I said, ‘Listen, a lot of people are waiting, so I’m going to have you wait over here, but would you mind singing for everyone?’ She was super sweet. She started singing for everyone in Barneys. She was trying to invent a song about a shoe. It was very sweet and people were super-excited to see Patti LaBelle.”

Most expensive creation:
“I did a shoe for a client that was very, very expensive because it was all paved in rubies, even the sole. It wasn’t a shoe that was made to be worn. According to different people, with the cost of the rubies, it was way over $1 million.”

“Dancer in a Daydream:”
“I loved to do [that film], but I don’t like to watch it. The thing is … if I had to choose between selling pancakes in the street or being an actor, I would definitely sell pancakes. I can’t stand it. I did two movies when I was a teenager and I hated it. I hated all of it. I did this because it was about dancing. It’s a different thing to watch yourself on screen. I understand a lot of actors who don’t want to see their movies. I can totally relate to people like that. Just like most people don’t like their voice.”

TV appearances:
“I never go on TV. I did it a few times and I hated it because it’s edited and then it becomes something different. When you don’t recognize yourself, you may feel frustrated or sad, and for that, that’s why I don’t really like to talk to the press. I have a lot of people ask me to do things in the factory. I say, ‘The factory is a place that I love. I love the smells and the people. I love being there.’ But once you photograph it or you film it, it looks like a random place. I always say no because it will look like nothing. I know how nice it is to be there, but if you try to capture it for the picture, it won’t happen. Charm fades on TV. It doesn’t go through. It’s a thick filter, I really don’t like it.”