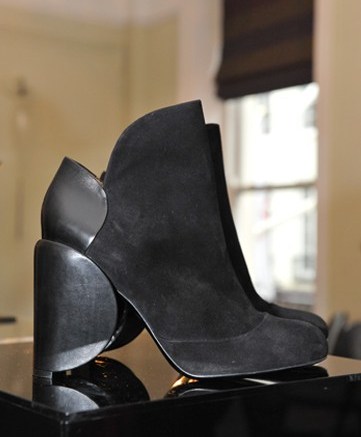 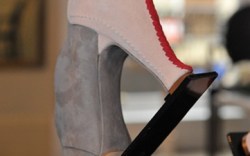 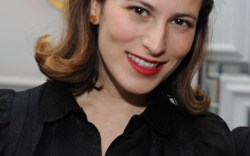 The Swiss brand has joined forces with a select group of students from Central Saint Martins’ fashion design master’s program, each tasked with submitting shoe designs with a luxury feel, without compromising wearability. Five of the students — Estefani Cortes Harker, William Hendry, Frida Hosflagare, Stephanie Turner and Charles Youssef — were then taken to last and heel manufacturers and Bally’s factories in Switzerland to have their designs realized.

“It’s not unusual for a brand like Bally to come to Central Saint Martins,” said professor Louise Wilson, who added that the school has a track record of tremendous creativity and previously had a three-year contract with Puma. “[Bally] is an exciting brand with heritage, and because it has bags and apparel, the possibilities are open-ended.”

Bally CEO Berndt Hauptkorn said it was not yet clear whether any of the designs would make it into future collections, but he approached the famous London institution as a way to benefit both sides. “Because these students are coming from clothing, both sides get stretched to the max in terms of ideas and what’s possible technically,” he said. “It’s not a gimmick or pretend creativity.”

In more Bally news, collections from all four Labelux brands — Bally, British jeweler to the stars Solange Azagury-Partridge, Derek Lam and Italian accessories label Zagliani — will be shown together for the first time, at a Feb. 26 cocktail party to celebrate Zagliani’s Milan showroom at 24 Via Durini. Bally Creative Director Brian Atwood will be in attendance, along with the designers behind the other Labelux brands.

Charlotte’s Web
Charlotte Olympia’s first store is slated to open at 56 Maddox St., just off Regent Street, in April, the brand announced at its tea party, held on Tuesday at the Langham Hotel. And the fall ’10 collection was clearly created with merchandising the new store in mind: It included jewel-colored satin flats, signature platforms, as well as seamed stockings (offered free with some dressy styles). “My palette this season centers on ruby, amethyst, diamond-yellow, sapphire and emerald,” said Charlotte Dellal, the designer behind the collection. The line also will show March 5-10, during Paris Fashion Week, at the Lotti Hotel.