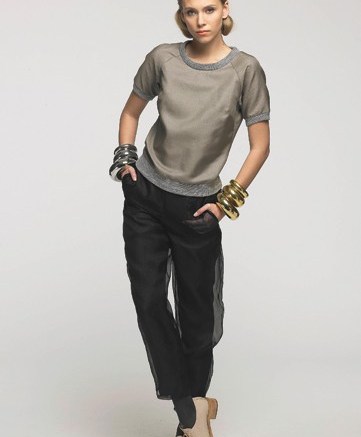 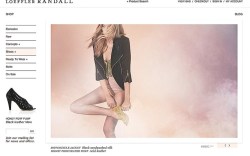 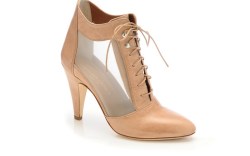 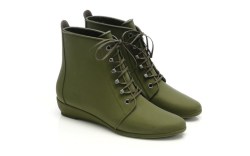 NEW YORK — Loeffler Randall is taking things one step at a time.

Over the last year, the firm’s founder and Creative Director Jessie Randall and her CFO husband Brian Murphy have been fastidiously growing their business to include four annual footwear collections, an inaugural rainboot offering and a branded e-commerce site.

“We’re always trying to look at the next six months, the next 18 months and the next five years,” said Murphy. He also noted that additional categories — including swimwear and clothing — and other initiatives have been launched each year since Loeffler Randall’s founding in 2005.

The company’s first branded retail venture — the Loeffler Randall e-commerce site and a blog featuring Randall’s musings — has given it a boost in sales and helped draw attention from fashion bloggers and consumers. The online shop, launched in August 2009, now accounts for about 10 percent of the company’s overall business and is on track to do roughly $1 million in sales in its first year.

“We’re showcasing the brand directly to the consumer, and that was something we weren’t able to do before,” Randall said, adding she has also been using the Website as a forum to highlight the brand’s artistic advertising campaigns. “We were always concentrating on our marketing but it wasn’t really getting to our customers.”

Randall has also relied on social media, including Facebook and Twitter, to drive consumers to Loefflerrandall.com by posting links featuring points of inspiration or the designer’s picks for certain holidays, including last week’s “Jessie’s Mother’s Day Gift Guide.”

For Christine Campbell, owner of Crimson Mim in Los Altos, Calif., the Website has been a venue for her customers to learn more about the brand, offer a link to Randall and create a cohesive image of the overall lifestyle.

“The blog, box design [aesthetic] — it all works together,” said Campbell, who has been carrying Loeffler Randall since its second season. “Our customers feel a direct connection, and that’s really important in this day and age.”

Though Loeffler Randall’s business was down between 10 and 15 percent during 2009’s rough economy, the brand expects to see recovery this year. By the end of 2011, Murphy said, sales are expected to be up 20 percent over 2008 numbers, which hit the $10.3 million mark.

And, despite the downturn, Inc. magazine in 2009 ranked the firm No. 145 on its annual list of the 500 fastest growing private companies in America with a growth rate of more than 1,220 percent between 2005 and 2008. (The company was the only fashion brand to make the list.)

Murphy, Randall and COO Amanda Thomas Alexander — who are doubling the company’s showroom and office space this summer with a move in the same New York building — are also eyeing ways to expand international presence, targeting growth in Europe, Australia and the Middle East. Currently, Murphy said, U.S. sales account for 85 percent of the overall business.

Other plans for the coming year include a line of bridal footwear for spring ’11 and a fall ’10 capsule collection of rainboots based on two of the line’s more successful styles.

Priced at $165 for the lace-up bootie and $195 for the tall, back-zip boot, the rainboots have been picked up by the likes of Shopbop.com, Barneys New York and Bloomingdale’s.

“It’s a more sophisticated, sleeker style of rainboot than what Bloomingdale’s currently has in our assortment,” said Debbie King, the store’s VP and DMM of women’s shoes.

The bridal collection, which is set to launch with six styles from flat sandals to booties, will feature modern and feminine looks in satin, exotic leathers and subtle metallic.

Though clothing has become an integral part of the Loeffler Randall business since it was launched in 2007, Randall said her attention is firmly on the shoes.

“We want to focus on what we do best rather than do everything,” Randall said.

About 15 percent of the brand’s accounts carry only apparel with the majority of the 200 accounts offering just shoes or a mix of footwear and ready-to-wear.

Still, Randall said, she’d be open to exploring collaborations similar to the 2008 partnership with Target. “It was the right fit and a dream come true,” she said. “[To do something like that again] would have to not compete with us but capture the spirit of who we are.”