Launch of the Year: Ivanka Trump 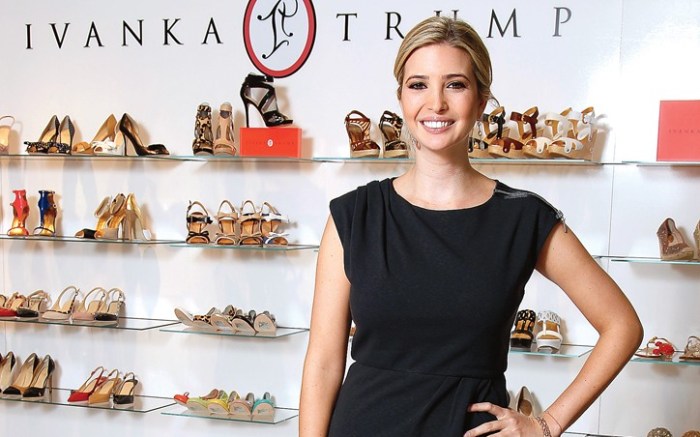 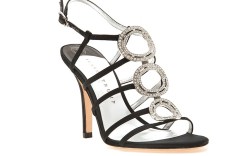 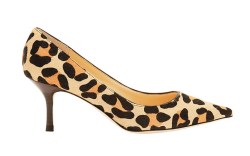 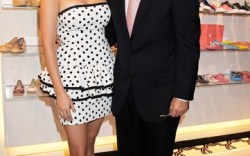 By all accounts, Ivanka Trump’s new shoe line was a hit even before it landed in stores.

When retailers caught an early glimpse of the product this summer, the reaction was overwhelmingly positive. As a result, the launch of the collection, originally set for next spring, was moved up to December.

“It’s a good problem to have,” said Trump. “When the retailers were telling us they really wanted to include us ahead of what we anticipated, we were excited. And we’ve worked hard to make that happen.”

Made and distributed by Marc Fisher Footwear, the expansive namesake shoe line comprises more than 150 different styles: everything from office-friendly pumps and special-occasion looks to sandals and sneakers.

Though Trump might be a surprise addition to the footwear industry — she’s better known for her executive role in her famous father’s real estate business and appearing as a judge on “The Apprentice” — the product convinced retailers she’d done her homework.

“Initially, we didn’t know what to expect from Ivanka. We knew she had great personal style, but we really thought of her as a business executive and weren’t sure what she knew about shoes,” said Tacey Powers, national merchandise manager of women’s shoes at Nordstrom. “When we saw the line, we very quickly said, ‘Wow, we really like these shoes.’”

For spring, Ivanka Trump has already received orders for 200,000 pairs, going into about 200 doors. Nordstrom, Bloomingdale’s, Macy’s, Lord & Taylor, Zappos.com and a few better independents will be among the first to carry the line.

Susan Itzkowitz, president of Marc Fisher Footwear, said with retail prices ranging from $60 to $160, the product has tapped into the mid-tier market, where there is opportunity for women’s brands.

“We believe we are filling a niche in the marketplace that no one else is filling with those price points,” she said. “We see it [attracting] a woman who wants great product, who’s not into something that’s crazy sexy or grungy street, but someone who wants beautiful footwear.”

Trump is her own best marketer. This summer, the 29-year-old presented the line during showroom appointments (Marc Fisher Footwear is conveniently located four floors below her Trump Tower office in New York). And she has made frequent appearances at industry events, including friend and Zappos CEO Tony Hsieh’s book launch party and this year’s QVC Presents “FFANY Shoes on Sale” event — all wearing her own footwear.

“You have to be proud of what you put your name on,” she said. “I am very proud of the partnerships I have in place. I’m very specific about what I like, and this line reflects that. If there is something I want that we don’t have, I create it for the next [season].”

A website for the footwear is in the works for December, with a bigger site set to launch in the spring, featuring all of Trump’s projects, including her jewelry collection, housed in a flagship store on Madison Avenue, and a handbag line with licensee Mondani for spring ’11. Trump also is active on Facebook and Twitter, where she has more than 850,000 followers.

“Ivanka’s great reputation sends a positive message to consumers,” said Zappos buyer Kristin Colbert. “Her line says a lot about who she is as a designer and a businesswoman. She’s very inspiring.”

Nordstrom’s Powers, too, was impressed with Trump’s efforts.

“She’s very genuine about what she’s doing,” she said. “You can tell the

collection is a true passion of hers. … [And] she’s going to be successful because she knows how to run a business. She’s going to listen and course-correct if needed.”

And Hsieh paid Trump perhaps the highest compliment that can come from a CEO of an e-tailing powerhouse.

“I’ve always admired Ivanka’s sense of style and love of fashion,” he said. “I’ve never been more excited about the launch of a new line.”

Going forward, the collection’s fall ’11 offering will expand to include boots, cold-weather looks and rainboots. Such additions are meant to create a long-term — and thoughtfully evolving — business, said Trump.

With the influx of celebrity lines these days, insiders said Trump will differentiate her brand from the others with her own business acumen and attention to detail, as well as with a little glamour.

“What’s great about Ivanka is that she’s a real person, very visible and out there,” said Itzkowitz. “We don’t look at her as a celebrity. She’s iconic, a working woman, married — she has a lovely life. She does everything. And she gets it.”