Kirkwood Forges Ahead With Expansion, Collabs 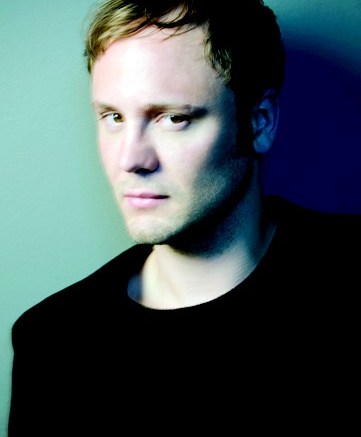 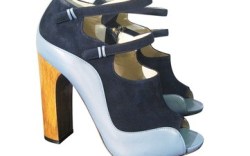 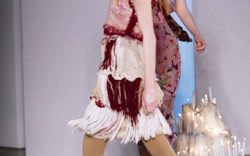 LONDON — Nicholas Kirkwood continues to become a bigger force in the luxury arena.

For fall ’10, the designer is expanding his retail roster, building business with key accounts and working on several high-profile design collaborations.

During the Paris collections earlier this month, Kirkwood unveiled a line that was 50 percent larger than last season’s. As a result, the brand saw increased interest from core retail customers both internationally and in the U.S.

“We’ve seen budget increases from many of our U.S accounts, including Wynn Las Vegas, Jeffrey and Maxfield,” said brand manager Christopher Suarez. “Our next step will be a move into a New York department store, but this is still under negotiation.”

For fall ’10, Kirkwood also will step up his presence in the On Pedder shoe department in Joyce Hong Kong, with a dedicated space bowing in August.

“This isn’t a shop-in-shop or a concession; its a space dedicated to Nick and it’s an entirely new concept for us,” said Judd Crane, On Pedder’s merchandise director, who added that the company typically mixes shoes by theme and does not separate out designers.

In addition to growing his retail presence, Kirkwood also has strengthened ties with leading runway designers, including Erdem and Rodarte. For fall, he produced co-branded capsule collections with the labels.

“Special lasts and constructions were created for each designer, and development costs were split,” Kirkwood explained. “Both we and the brands are selling the collections, giving us the opportunity to expand brand awareness and show a slightly different vision.”

Retailers said they appreciated Kirkwood’s growing profile on and off the runway.

“The shoes Nicholas produced for Rodarte are amazing,” said Emmanuel de Bayser, co-owner of The Corner in Berlin. “He will get huge press with it and therefore attention from buyers and customers. Also, it is so special that it is impossible to copy.”

“Rodarte gives him a platform for exposure,” added Jeffrey Kalinsky of Jeffrey New York and Atlanta, noting that Kirkwood’s own line has been a strong seller at the boutiques.

Todd Hanshaw, DMM at Wynn Las Vegas, said sales of the brand have been robust, even during a tough economy.

“His shoes are extremely identifiable, and we have a fan base for them,” Hanshaw said, adding that he is picking up the designer’s flats for fall, even though “flats are not our strong point.”

For his part, Kirkwood said he continues to take a cautious approach to growth, maintaining an attitude of “fiscal responsibility,” which he said has served his five-year-old business well. “[I am] totally self funded and debt free,” the designer said.

Nevertheless, looking ahead, Kirkwood and Suarez did not rule out the possibility of seeking outside investment to propel further expansion.

“At this moment, we do not need it,” Suarez said. “However, funding could be of help if we were to accelerate the pace of growth. And we are, in fact, in a very good position for funding, as our market value is continuing to grow through increased market share.”

In the more immediate future, Kirkwood is on the hunt for a new headquarters space in Central London that could also house a retail concept.