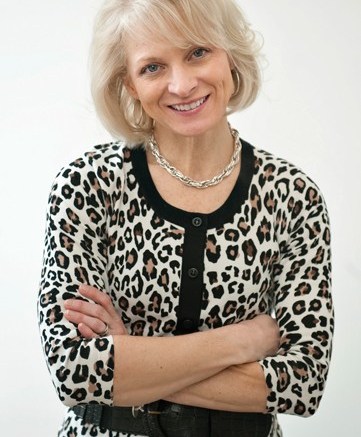 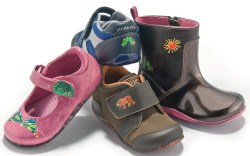 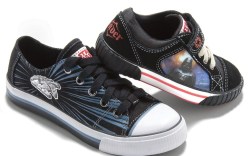 After more than 90 years, Stride Rite is hardly slowing down.

Under new president Sharon John, the brand, a division of Topeka, Kan.-based Collective Brands Inc., is preparing to roll out a number of licenses and other product initiatives, and also is working to redefine its brand message to better reflect its heritage and core strengths in children’s footwear.

“It’s an exciting time for us,” said John, a former Hasbro exec who in early January took over the Stride Rite Children’s Group (which also includes the Robeez, Keds and Saucony brands, among others). “We’re at a really pivotal point in our growth.”

A key focus for Stride Rite is establishing itself as a major player in the licensing business. Heading into the back-to-school season, the brand will make a big push, introducing footwear collections for The World of Eric Carle, Lucasfilm’s “Star Wars” and “Star Wars: The Clone Wars,” and the upcoming M. Night Shyamalan movie “The Last Airbender.”

Although Stride Rite was involved extensively in licensing in the 1980s, in recent decades it chose to concentrate on its core business. However, in a bid to connect more closely with kids, the brand stepped back into licensing in 2007 with the launch of SuperBall, a line of sneakers inspired by toy maker Wham-O’s popular bouncy balls. That initiative was followed by the introduction last spring of Nick Slimers, a co-branded collection with Nickelodeon; and a Disney Princess program for holiday ’09. This spring, a second Disney line, Disney Dazzle, will debut.

“Licensing is a tool. It helps us stay relevant with the consumer and bring excitement to the brand,” said John. “We’re choosing our partners carefully to make sure we’re creating programs that have long-lasting appeal.”

The Eric Carle collection will target the baby segment, with four styles — a boot and Mary Jane shoe for girls and two athletic-inspired casuals for boys, all priced at $35 — decorated with artwork from some of Carle’s most popular children’s books, including “The Very Hungry Caterpillar.”

The Star Wars line, retailing for about $35, will focus on boys’ vulcanized sneakers adorned with themes and characters from the film franchise, while the Clone Wars collection, for about $50, will offer lighted sneakers based on the animated movie and TV series, currently airing on Cartoon Network.

The Last Airbender line, inspired by Shyamalan’s film, which spins the tale of a young boy who must restore peace between the warring nations of Water, Earth, Fire and Air, consists of two sneakers for boys and a sneaker and a boot for girls, featuring glow-in-the-dark prints. The shoes will retail from $48 to $58.

Although Stride Rite faces stiff competition in the licensed category, retailers say the brand’s approach should give it an edge. “There is a lot of licensed product out there, but what sets Stride Rite apart is the quality. The constructions, materials and styling are all better,” said Andy Harris, owner of three Harry Harris stores in Southern California.

Erica Weil, kids’ buyer for Zappos.com, said the fact that the Stride Rite name is on the shoes is a big selling factor. “When a household name like Stride Rite appeals to its [kid] audience with licenses they’re interested in and provides parents with a quality product, it’s a win-win situation,” she said, noting that the e-tailer will stock a selection of fall styles from the new licensed collections.

In addition to expanding its roster of licenses, Stride Rite also has developed two of its own special concepts: Glitzy Pets and Slingshot, which will launch this summer. According to John, these sub-collections are a way for Stride Rite to enter new niches and engage its young consumers. “We’re always looking for new ways to speak directly to kids in a manner that appeals to them,” she said. “Just because we have great licensing partners doesn’t give us a hall pass on being able to connect with kids.”

Aimed at girls ages 5 to 8, Glitzy Pets focuses on colorful fashion sneakers decorated with animal characters inspired by Japanese anime. The shoes, which retail from $38 to $48, each come with a collectible charm that attaches to a necklace that will be offered to select accounts as a gift with purchase. Slingshot, meanwhile, is built around a new Stride Rite technology, incorporating a plastic mechanical spring and elastic in the heel, which are meant to deliver cushioning and energy upon impact. The series comprises three sneaker styles for boys and two for girls, retailing for about $55.

Both Glitzy Pets and Slingshot skew slightly older than Stride Rite’s main product line, a strategy that John said should help the brand extend its age target. “We can keep kids in the Stride Rite brand for a few more years with concepts such as these.”

Retailer Sharon Cohen, who owns four independent Stride Rite booteries in the New England area, said these mini collections help round out the brand’s offering. “Their SuperBall and Slimers shoes have done well, and these collections are in the same vein,” she said. “They’re very cute, and if [Stride Rite] backs them up with advertising, they should sell well.”

As it takes steps to diversify its product offering, Stride Rite also is looking to refresh its brand image. The company’s creative team has been charged with developing an updated strategy that will encompass everything from product packaging and store design to advertising and POS marketing materials. “Stride Rite is an extraordinary heritage brand, with 90 years of making children’s shoes. We’ve kind of forgotten what our core values are and how important they still are,” John said. “So it’s an evolution and, in some ways, getting back to who we’ve always been, but modernizing it in terms of tone and approach.”

An exact time frame for the updated concept has not been determined, and John said the brand is not looking to rush things. “While we’d love to say we’ll have it out there this year, we also want to take our time,” she said. “The goal is that this will define Stride Rite in the market for many years to come, so we need to approach this with the right amount of patience and make sure we get it right.”