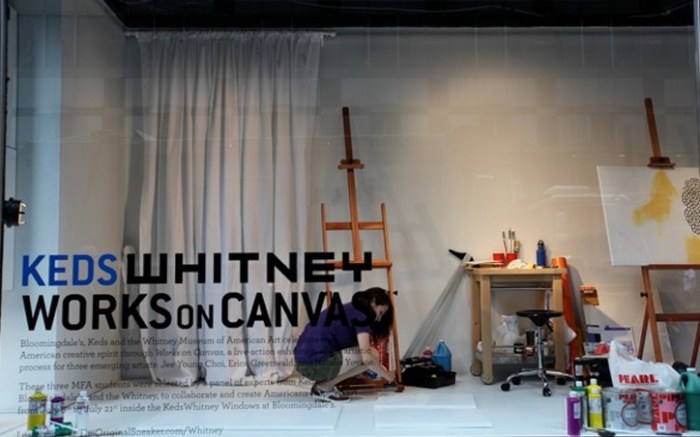 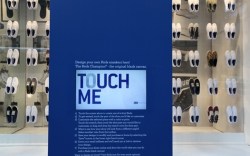 A two-week collaboration between art and footwear has made a big impression in New York.

As part of Keds’ sponsorship of the Whitney Museum of American Art’s summer season, the brand installed a window at the Bloomingdale’s flagship store. Titled “Works on Canvas,” the installation — which closed last night — showcased shoes, a touch-screen mechanism for ordering customized kicks, and three art students in the windows making Americana-inspired art.

“For footwear to get front windows at Bloomingdale’s means we’re doing something really exciting and innovative, since department store windows are dominated by apparel and accessories,” said Matt Rubel, chairman and CEO of Collective Brands Inc. “Footwear is stepping into the forefront of innovation.”

“Everyone from 5-year-olds to 45-year-olds stopped to watch what went on in the windows, and a consumer videotaped the entire display and put it up on YouTube,” added Kristin Kohler Burrows, president of Keds.

Rubel said the initiative was a success by many measures. The window installation drew hundreds, while the blog for the event, at Theoriginalsneaker.com/whitney, attracted more than 10,000 unique page views.

Keds also saw very high double-digit sell-throughs at Bloomingdale’s, as well as online at Keds.com, in the two-week period that the windows were up, according to Rubel.