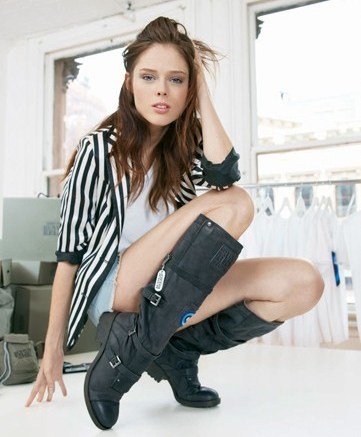 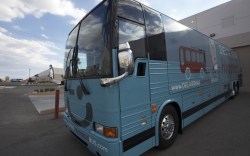 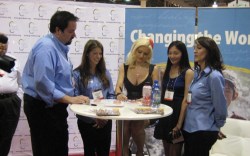 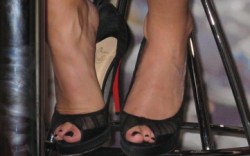 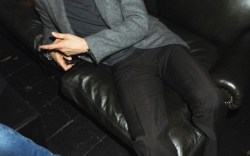 Model Behavior
Nine West is paying by the step during New York Fashion Week next month. Forty top fashion models will don a limited-edition Nine West boot with a built-in pedometer to track their steps during the chaotic week. And it’s all for a good cause: The company has teamed up with Fashion Targets Breast Cancer and the CFDA for the “Runway Relief Program.” And for each step the beauties take, Nine West parent company Jones Apparel Group Inc. — which expects to raise at least $75,000 this year — will donate funds to the charity. For their part, the models told Insider they’re already preparing to go the extra mile. “I plan on waking up extra early so I can walk to all my castings, fittings and shows,” said Coco Rocha (above). “I want to be the model who walks the most for this cause.” A limited number of the boots, priced at $199, will be available to the public on Ninewest.com and Modelinia.com, beginning Aug. 31.

Party Bus
Tony Hsieh is always on the go — most recently he jetted to London to speak at Burberry — but the Zappos.com CEO can always make time for a good party. Before he takes off on the “Delivering Happiness” bus tour, Hsieh is throwing down in his hometown. The exec and his team will host the company’s annual vendor appreciation party tonight, this time with a country fair atmosphere, equipped with a dunk tank and Ferris wheel. “We try to choose a different, fun theme every time,” Hsieh said. Also on the agenda: the official unveiling of the “Happiness” bus, which will make its first stop in Boulder, Colo. Ride out of Sin City, anyone?

Sex Sells
Flamboyant shoe designer Patrick Cox is back in action. But this time, he’s taking his affinity for the racy to pastries. The designer (who made waves in 2003 with ads featuring nearly nude men wrestling in jock straps) is bowing a bakery — Cox, Cookies and Cakes — in London’s Soho. The shop, which sits above a boutique peddling sex paraphernalia, will sell suggestive treats and feature neon signs flashing “eat me” and “bite me.” But don’t worry: Cox isn’t focusing exclusively on cooking up controversy. “I haven’t abandoned shoes. In fact, last week I agreed to be creative director of Patrick Cox once again,” he revealed to Insider, adding that Hong Kong-based King Power remains the principal investor in his firm.

Peep Show
It wasn’t a pair of Christian Louboutins that stopped traffic at last week’s WSA Show. Instead, it was the girl in his peep-toe pumps. Holly Madison, Hugh Hefner’s ex and the former star of reality show “The Girls Next Door,” made a guest appearance at the Soles4Souls booth for an autograph signing, raising both eyebrows and awareness for the cause. While it wasn’t Madison’s shoe size showgoers were most likely wondering about, she told Insider she wears an 8 1/2. Her favorite footwear labels? “I wear everything from Converse to Louboutin,” she said. Elsewhere at the show, L.A. Laker Sasha Vujacic also drew a crowd at his own autograph session for Peaks. He is one of 12 NBA players to endorse the Chinese basketball brand, which made its U.S. debut at the show. Vujacic, who co-designed his signature sneaker, The Machine, said, “I wasn’t going for a crazy-looking shoe. I want it to be comfortable and supportive on the court.”