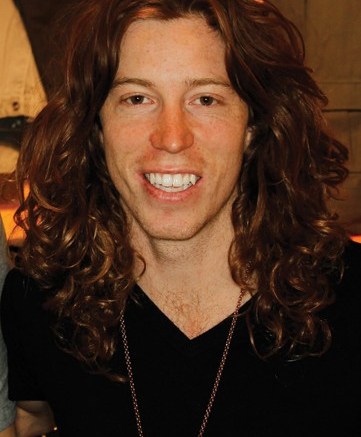 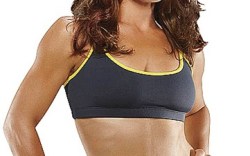 White Out
Shaun White has mastered skateboarding and snowboarding, and now the Olympic gold medal winner (who also plays a mean guitar) has added another title to his resume: shoe designer. His line of men’s and boys’ skate sneakers, created with his brother Jessie, come out this fall at Target. But the Whites and the Bullseye go way back: They launched an apparel line there in 2007, and Target started sponsoring Shaun eight years ago. “I remember when I first got sponsored [by them], I thought, ‘This is great: I buy my videos games there. I love the place.’ And now to have my own stuff in the store has been fun,” said White. And while he’s an innovator on the slopes and in the skateparks, the athlete admitted to Insider that there are limits to his fashion trendsetting. “I’ve been buying a lot of boots lately. I just bought some Wolverines — they’re like work boots but with a leather sole — but it’s so annoying because if I’m out in something like that, then I can’t just hop on a board. It’s like, oh, this is weird. It’s got a heel.” So does that mean skating in boots won’t be the way of future? “That would never work,” he said with a laugh.

Archived
Staple Design founder and Reed Space retail store owner Jeff Staple has a plan for his massive collection of sneakers, which take up a big chunk of space in his New York studio apartment. Staple told Insider he is hoping to relocate his stash of more than 400 kicks into a storefront, transforming it into a museum and reference library. “If you’re a designer and you want to look at old Nikes, it’ll be an inspiration library and you pay for your time, like microfiche,” he said. “There’s not really enough to make a good library yet, but I think in five years, there will be. I’m just storing everything away now.”

Trail Blazer
As if hiking the 2,600-mile Pacific Crest Trail weren’t challenging enough (considering that fewer people have completed the trail than have climbed Mount Everest) 40-year-old Trevor Thomas has an added complication — he’s blind. Sponsored by Alameda, Calif.-based Ahnu Footwear, Thomas began his six-month trek last week and intends to be the first handicapped person to complete the hike. Despite the risks of crossing meadows, mountains, deserts, forests and glaciers along the path that leads from Mexico to Canada, Thomas said he takes it all in stride. “Since I can’t see if I’m going to fall, I’m not going to know how bad it will hurt,” he said. But Thomas is no stranger to injury. In 2008, he became the first blind hiker to do a thru-hike of the Appalachian Trail — breaking a foot, a hip and four ribs along the way.

Busy Loser
Trainer Jillian Michaels is getting “tubular.” The “Biggest Loser” badass — who recently signed on as the face of the K-Swiss running and training Tubes product — said she’s been a fan of the sneakers since they debuted. And while she gave props to the shoes’ stability and lightweight cushioning, it was the surface that got her, she said. ”They’re cool-looking, and I’m not going to lie, that matters!” she confessed to Insider. Has the multitasking Michaels (who is creating her own NBC show and has a line of fitness products) had time to wear her kicks to the gym? Heck, does she even have time to go to the gym? “It’s been hectic, but this kind of work is like a spiritual practice for me. I love what I do and I wouldn’t trade it under any circumstance,” she said. “As for [my] personal fitness, it gets tough. I tend to be very athletic when I’m training others and I’m pretty good about eating healthy, clean food in the proper quantities.”