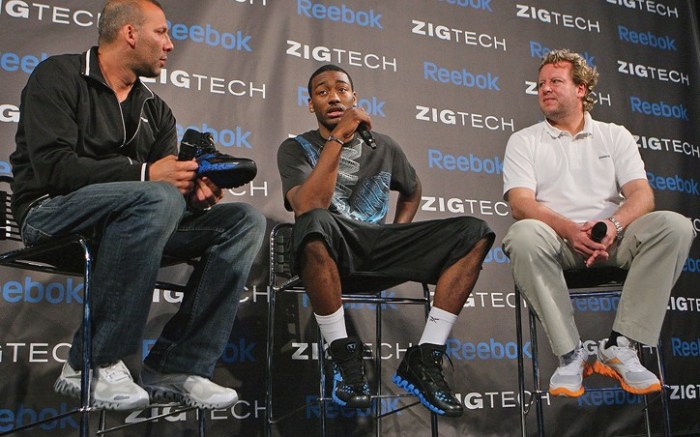 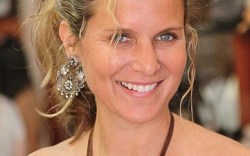 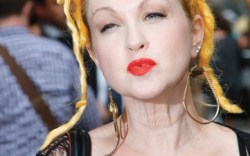 Football Fanatic
It’s not always easy being Uli Becker. The soccer-loving president of the Reebok brand was in New York last week to announce the signing of NBA star-in-the-making John Wall (center, with Becker, right) and the release of his signature shoe, but it was clear Becker’s heart was partially elsewhere. “There are two decisive [World Cup] games going on now,” Becker lamented. “The U.S. right now, and I won’t be back in Boston before the Germany match later.” (Good news for the exec: Both teams advanced.) But Becker didn’t let the post-press conference media demands keep him from staying abreast of the U.S. match. The waning minutes of the U.S.-Algeria match were projected near-life size on both walls of the Arena Event Space in downtown Manhattan, and Becker and his team stood in the middle of the room to watch Landon Donovan score the game-winning goal against Algeria. So did the Reebok team put on the game just for Uli? “No, we didn’t put that on for Uli,” staffers said on the way out the door. “Uli put that on for Uli.”

Collaborative Effort
With collaborations as hot as ever, how are athletic companies keeping it fresh? Cypress, Calif.-based Vans celebrated its newest joint project between Vans Girls and Stussy Women’s over cocktails in Los Angeles last week. “We wanted to do something that wasn’t expected and was special,” said Erica Young, category manager for girls’ footwear at Vans. However, senior communications manager Chris Overholser admitted that finding good partners is a challenge. “For every collaboration we do, there are two or three that don’t stick,” he said. “It’s just one of those things that when we see it start to come together, we decide that it just doesn’t gel.” The same is true for French brand Lacoste, according to East Coast trend manager Chris Brand, who favors collaborations outside the retail space. Last month, a shoe created with U.K. music label Deep Soul Music was released worldwide. “We [just] need to take a step back and see who is impressing us,” Brand said. But, of course, any deal has got to make sense. “The weirdest request I get is when people come to us and want us to do a collaboration with heels,” Vans’ Young said. “We’re not going there.”

Family Matters
Being in a shoe family means keeping your eyes on the ground — even at the prom. Designer Calleen Cordero (below) told Insider recently at a fall showcase and shoe signing at her L.A. boutique that her high-school age son saw some shoes at the dance that he thought he recognized. “My son came home from the prom yelling,” Cordero said, because apparently the lookalike heels were made — oops! — by another company. Cordero can be seen in the clouds through July aboard Virgin America flights, which are showcasing a two-minute video about her brand and her L.A. factory.

Setting the Stage
Is Broadway ready to get Kinky? Reportedly, pop icon Cyndi Lauper (at right) and Broadway vet Harvey Fierstein are teaming up on a new musical based on the 2005 Golden Globe-nominated film “Kinky Boots.” The movie starred British hunk Chiwetel Ejiofor as a drag queen who inspires the owner of a failing shoe company to explore a lucrative new avenue for growth.