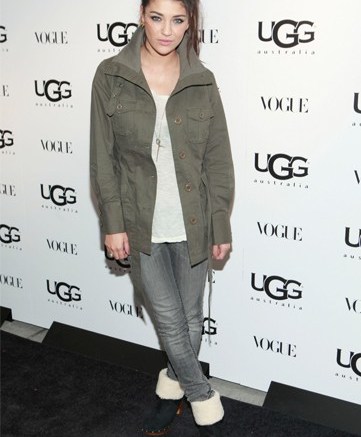 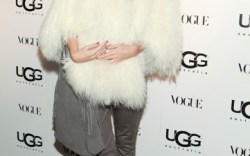 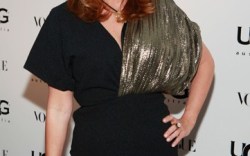 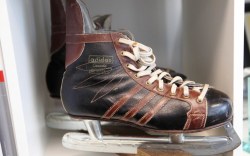 Comfort Factor
Ugg Australia invited celebrity fans to the grand opening of its Madison Avenue boutique Thursday, where attendees expressed their love for the iconic boots. “Gossip Girl” actress Jessica Szohr sported shearling and suede clog-inspired boots by the brand. “After [I saw them] I went home and ordered four pairs,” she told Insider. Meanwhile, Louise Roe of the CW’s “Plain Jane” toted a suede fringe purse by Ugg, explaining that while she’s been wearing the brand since college, she’s particularly interested in its accessories for fall. New York “Housewife” Jill Zarin also made an appearance at the store, where the Jimmy Choo collaboration styles were displayed front and center. Zarin said among her Christian Louboutin, Miu Miu and YSL collections, she has quite a few pairs of Uggs at home, from the studded to signature styles. When it comes to sharing, though, Zarin wouldn’t mind swapping with her show’s counterparts on the “Real Housewives of Beverly Hills.” “Especially Lisa or Adrienne,” she said. “They have more room [in Beverly Hills].”

Work of Art
Showroom? Try art showcase. Goleta, Calif.-based Simple Shoes has converted its midtown Manhattan showroom into a gallery space (albeit one where you can see some shoes, too). The project came from new marketing manager Will Pennartz, who joined the brand (a division of Deckers Outdoor Corp.) a few months back, and who is the former owner of Laguna Beach, Calif.’s Surf Gallery. His vision for the space, as he told Insider at an opening party Thursday evening, is to showcase a mix of photographers and artists who support the Simple brand. “It’s celebrating the people who wear our shoes,” he said, adding that the idea is to mix Simple’s California roots with a Manhattan mindset. “It’s a California and New York mix,” he said. The current exhibition — featuring works from David Carson, Greg Lamarche and Julie Goldstein, among others — will remain up for a few months, but expect a rotating set of exhibits, selected by a newly hired space curator.

Company Man
Adidas America President Patrik Nilsson is a hockey guy: A pair of old Adidas-made skates found in a German flea market have pride of place on his shelves. And yes, he still has time to play, but no, he’s not lobbying for Adidas to take the National Hockey League license away from sister brand Reebok. “What they have done at Reebok is great product, and they’re doing it very well. Would I personally love to see it with stripes? Yes, absolutely,” he told Insider with a smile during a recent stop in the exec’s offices. “But I don’t think it’s a big issue for us. It’s not on Herbert’s [Hainer] agenda,” he said of the brand chairman and CEO. “And if it isn’t on his, it’s not on mine.”

Nothing But Net
Above the Rim is switching gears. Acquired by Collective Brands Inc. early this year from Boston-based Reebok, the basketball brand will have a completely new look, according to Eric Dreyer, VP of brand management for the Collective Licensing division. The line, which is available at Payless ShoeSource, will eventually have separate product lines at all levels of distribution, he said. Different styles, midsoles and outsoles will be designed for each collection, which will include an NBA signature line with the Minnesota Timberwolves’ Martell Webster. (Webster’s shoes were on display at the brand’s official launch party in New York Thursday.) Is everything getting a face-lift or will some styles remain the same? “When the brand started out back in the late 1980s, it was one of the freshest, most iconic brands out there, a real player’s brand that reflected the attitude they brought to the game,” Dreyer said. “We get to build on that equity.”