Insider: Tweeting with Jeff… Bluefly in the Closet… 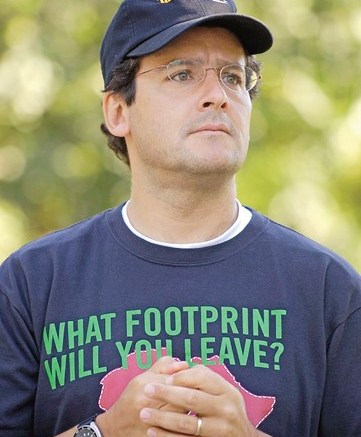 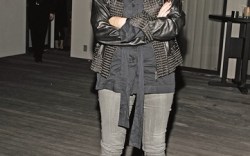 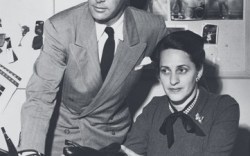 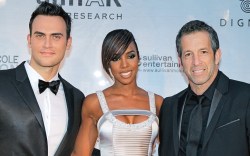 Twitter Initiative
Jeff Swartz isn’t just passionate about sustainability, he’s serious about the way his firm, Timberland Co., talks about it. And he’s taken that enthusiasm viral. The CEO told Footwear News earlier this year that he created his Twitter account so activists, critics and fans would have a way to contact him. Late last month, Swartz spoke at a breakout session at the Clinton Global Initiative annual meeting, speaking alongside the Nature Conservancy and Walmart about market-based solutions for protecting the environment. After seeing Swartz’s tweet — “Leaving #cgi2010 fired up. Govt activists ceos thought leaders grappling earnestly. Don’t tell me it can’t be done – profits + sustainability” — FN took to Twitter to get the scoop.

FootwearNews: Hi Jeff — sounds like things went well at CGI. What was your biggest takeaway?
Timberland_Jeff: That collaboration of gov’t, NGOs, private sector is ESSENTIAL, not just nice to have, in order to solve global issues.

FootwearNews: Before going to CGI you said you were “Anxious, like rite before launching Chute 3 [a double black ski run] at Steamboat Springs.” Did it live up to yr nerves?
Timberland_Jeff: “Anxious” in the “can’t wait” sense, and yes, it’s always exciting to talk w/ & lrn from others who care about biz responsibility to enviro.

Peek-a-Boo
Bluefly.com is going on a closet raid. The e-tailer has recruited reality and fashion personalities — including PR maven Kelly Cutrone (at right) — to open their doors in its fall campaign. Cutrone, the straight-talking founder of People’s Revolution, invited viewers into one of three closets in her New York apartment for a look at her mostly black wardrobe. But the shoe collection isn’t quite as dark, with Cutrone admitting to Insider she could never part with a pair of multicolored, python cowboy boots by Gianni Barbato. “They are so destroyed and devastated,” she said. Also featured in the series is reality star Bethenny Frankel, who has filled a separate space with shoes by Tory Burch, Christian Louboutin and Dolce & Gabbana. “You can’t see this, but it is directly next to my kitchen,” she said in the spot. “It probably should be some sort of pantry.” In other videos, Nicky Hilton shows off an expansive collection of peep-toe patent pumps, Christian Siriano talks about his first pair of pony-hair boots and Olympic ice skater Johnny Weir professes his love for pointed toes. Cutrone, whose firm is handling PR for the project, said she’s enjoyed peeking into the wardrobes of other celebs. “Sharon Stone’s closet was amazing,” she said, adding that the space featured motorized racks to make picking an outfit less complicated.

Memory Lane
Famed shoe designer Mabel Julianelli, whose career spanned from the 1930s through the 1980s, may not have achieved the star status of Christian Louboutin, but she left some pretty big pumps to fill. Daughter Jane Julianelli is setting out to acquaint a new generation with her mother’s work in “The Naked Shoe: The Artistry of Mabel Julianelli.” The book chronicles the designer’s footwear journey, but Insider turned to industry vets who worked alongside Julianelli for a few extra footnotes. “She did classic shoes with a twist,” said Phyllis Footer, former VP of design at Schwartz & Benjamin. “She loved to do bows.” While Julianelli (above, with co-founder husband Charles Julianelli) didn’t break fashion ground, she had a knack for the ladylike. “Mabel’s [styles] were beautifully made and [they] were saleable,” said Arsho Baghsarian, who worked with Julianelli at iconic footwear house I.Miller. But it’s the timelessness of Julianelli’s designs that has made a lasting impact, said former FFANY president Dick Jacobson. “She wasn’t known for outlandish looks, but she made beautiful shoes that always had a touch of class.” The book debuts Nov. 16 at New York’s Rizzoli bookstore.

Far and Away
Kenneth Cole: “Glee” fan? “It’s amazing,” the New York designer said of Fox’s musical drama. “They really have built quite a following, [and] ‘Glee’ is so great and enriching compared with other forms of contemporary expression.” It’s no wonder, then, that Cole, who also serves as chariman of AmFar, was a tad disappointed to miss last week’s AmFar gala in Milan, where Cheyenne Jackson (a new “Glee” guest star) took the stage to sing an Elvis song. “He’s a great presence,” said Cole (above, with Jackson and Kelly Rowland at an AmFar event last month). “We look to leverage that extraordinary resource called celebrity when we can. People [like Jackson, an AmFar international ambassador] are role models and help communicate our message. He’s very dedicated and committed to the agenda.”

Take It Off
No shoes? No problem. New York’s first barefoot run is slated to take place Sunday at Governor’s Island, and runners of all stripes — even those in traditional shoes — are welcome to join in the free-form dash. The race starts at 8:30 a.m., with participants running as many laps of the 2.1 mile perimeter of the island as they deem fit. “This is version 1.0,” said Lester Wasserman, co-owner of Tip Top Shoes in New York, which is sponsoring the race, along with Terra Plana’s Vivo Barefoot line. “Twelve months from now, I hope this thing at least triples, especially as [barefoot running] shoes get on more people’s feet.” A who’s-who of the minimal running movement is scheduled to attend: Barefoot celeb “Barefoot Ted,” MovNat’s Erwan Le Corre and Harvard researcher Dan Liberman, who’ll be hosting a Q&A session at Terra Plana’s downtown store on Saturday, are all in the lineup. Even Galahad Clark, Vivo Barefoot founder, is considering making the trip from London for the race. “Obviously, it’s right up our alley,” he said. “Maybe I’ll even push my daughter around in a little pram. I just need to get permission from my missus.”