Insider: Tuttle on the Run… Jennings vs. Nike… 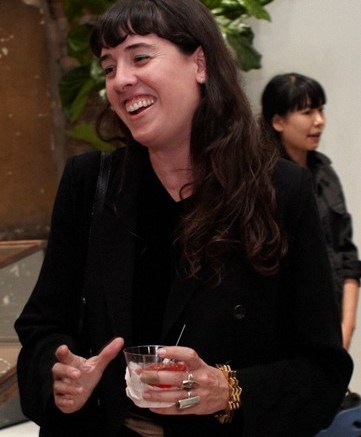 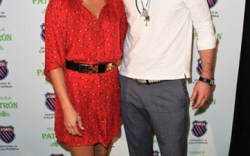 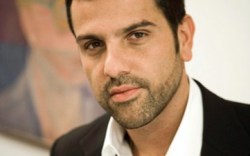 Go Getter
There’s no place like home. But that’s not something shoe designer Tiffany Tuttle gets to experience these days. After spending a crazy two weeks in New York working on collaborations with VPL, Mandy Coon, Wayne and Doo.Ri, Tuttle is heading home to Los Angeles for five days before jetting to Paris. “I have a husband, so I have to show up every once in a while,” she said at Tuesday’s Creatures of Comfort store opening in Soho. Still, despite the hectic schedule, Tuttle is anxious to get back to the City of Lights. “Paris is fun,” she said, noting that most of her non-work-related activities revolve around food. “We found this restaurant that serves all meat, and I love meat. You leave thinking you’ll never eat again, but we were back two days later.”

Get Thicke
Should fans expect to hear the sweet strains of lullabies on crooner Robin Thicke’s next album? Probably not. Insider caught up with the singer and new dad at the St. Giles hotel in New York last week, where K-Swiss was throwing a U.S. Open viewing party to celebrate their newest tennis style, the Big Shot. Thicke, making the scene with wife Paula Patton and 3-month-old Julian, said that while his infant son has provided him with plenty of inspiration, it’s not necessarily coming out in his music. “I’ve written 35 songs, and only five are any good!” joked Thicke.

Big Dreams
Alexandre Birman is already planning his next big move. Though the designer drew early attention for his signature python looks, he’s now trying to show off a more delicate hand with embroidery woven into red carpet-ready evening styles. “I would love to collaborate with Marchesa one day,” he said, adding that he’s already scoping out designers to team up with on the runway. First up? Up-and-coming Brazilian Pedro Lourenco. “He is one of the most talented young designers,” Birman told Insider as he mingled with shoppers during a Saks Fifth Avenue appearance last week. (He sold more than 20 pairs of his namesake shoes within the first hour). “I love [working] with designers of the same mentality. It can be a great partnership.”

Blame Game
NBA star Brandon Jennings knows the power of Nike firsthand. The Milwaukee Buck thinks his endorsement deal with Under Armour may have been the reason he was snubbed by Team USA this past summer (Nike is a major sponsor of the team). “I’m not saying it’s a Nike thing, but Nike is kind of running a lot of things right now,” Jennings told Yahoo! Sports in an interview. “To have a guy like myself on the USA team who’s flashy and really outgoing, you don’t want Under Armour to get all that [publicity].” Nike sneakers were worn by nine of the 12 members of Team USA during the FIBA World Championships. The brand, which also sponsored the World Basketball Festival in August, could not be reached for comment.