Insider: Tone It Up… Man Power 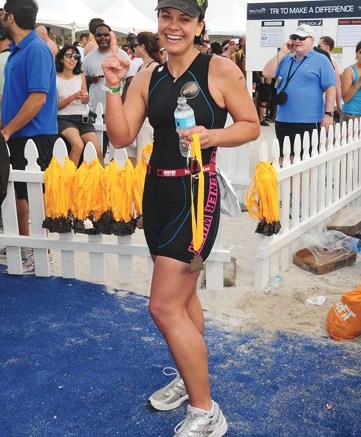 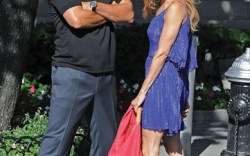 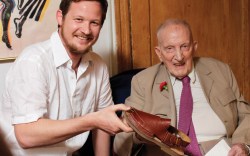 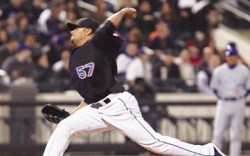 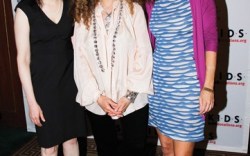 Tone It Up
Ali Vincent, the first female winner of NBC’s “The Biggest Loser,” loves her toning shoes, which is convenient, considering that Vincent partnered up with Famous Footwear last month in a cross-country Mind, Body & Soul tour that celebrates the new toning-dedicated spaces in Famous retail locations. “You never want to do just one exercise. I learned that on ‘The Biggest Loser,’” said Vincent (at right), who lost 112 pounds to seal her victory in 2008. “We’re all so busy, that’s the truth. And I’m always that girl with two birds, one stone. So I love all the different toning lines.” Now a motivational speaker, Vincent said she rotates between Skechers Shape-ups and Reebok EasyTones and RunTones for her workout routines, but she has a word of caution for anyone who wants to follow suit: Read the instructions. “I was in Shape-ups for an event, and I knew it said don’t run in the shoes, they’re just for walking, but I was like, ‘Don’t tell me that, I’m the Biggest Loser! I can run in them!’ I was being filmed, and I was running around, and I almost biffed it so hard. I was pulling on the air, trying not to fall. You’ve got to read the box and trust the label.”

Man Power
While the fashion surrounding the “Sex and the City 2” movie has centered around the four fab ladies — who donned Christian Louboutin and Brian Atwood, among other big shoe names in the flick — the men’s footwear also got some serious attention this time around. In one early scene, Carrie (Sarah Jessica Parker) quarrels with husband Big (Chris Noth) about putting his shoes on their custom-made sofa. The offending footwear was, in fact, Donald J Pliner’s Vinco suede driver moc. “Everyone who knows the shoe recognized it instantly and has been calling,” Pliner told Insider. But that hasn’t driven men to buy the shoes, at least not yet. “I would like to say we’ve had a tremendous response, but not really,” he said. “We’re hoping that in due time it will increase sales at least a little bit. Still, everything in the press is all about the women’s fashion, so it’s nice to have something out there for men.” Pliner’s take on the movie: Too long — as in, the lines at the theater. “I tried to go see it in Miami but I couldn’t get in, but I’ll be seeing it soon.”

Work Horse
Even in his 90s, Nathan Clark still makes shoes. Each day, the inventor of the Desert Boot and member of the storied English shoemaking family Clarks puts on the leather apron and, with the help of two assistants, works on designs and prototypes. Still, one older design remains on his radar: the Chuplee, a unisex leather sandal he created in 1947 after seeing a Pashtan version while in the army. “It’s very comfortable,” he told Insider during a recent visit at his Manhattan townhouse. The style was discontinued by Clarks Cos. in the mid-1960s, and Clark has been lobbying to get it back in production ever since. Which is where having family connections helps. Next month, Nathan, with the help of his much-younger cousin, Galahad Clark, who runs the Terra Plana and United Nude brands, will debut a limited-edition collection of his original designs, including the Chuplee. The initial release of the $120 Chuplee will be capped at 500 pairs in the U.S. and 1,000 internationally. It’ll be followed up with a similarly limited release of another creation of Nathan’s: a handwoven unisex moccasin called the Yugo.

Game On
New Balance is back at bat. The Boston-based athletic company will announce this week that it has signed Cy Young Award-winning New York Met Johan Santana to its ever-expanding baseball roster. (The company has been on a signing blitz this year, kicking off the season with a deal with Dustin Pedroia of the Red Sox and contracts with 140 players across the farm system and in the Big Show.) It’s all part of a quiet new initiative at New Balance to become the No. 1 performance brand in baseball in the next eight years, according to Mark Cavanaugh, GM of team sports for the brand. That’s no small feat, considering that even Cavanaugh admits New Balance’s current market share is “miniscule, not even worth discussion.” But the brand sees opportunity. Cavanaugh said the recession-led downturn in athlete endorsements gave them a window to connect with players who want something new. But the company isn’t looking for just anyone. In this post-Tiger Woods era, it’s not just about great athletes but athletes with solid personal reps, he said. Charitable partnerships are structured into each contract, Cavanaugh said, and the company “does the homework” on its potential hires. Which isn’t to say the specter of potential PR nightmares hasn’t occasionally made its presence felt. “Anytime you get into the endorsement business, you have to worry about it,” he said.

Women of Summer
It was a room full of high heels and feminine fashion at the Fourth Annual Women in Industry Luncheon last Thursday. Insider caught up with honoree and ENK International Chairman and CEO Elyse Kroll, who was wearing Jil Sander silver peep-toe wedges. They weren’t her first choice of footwear, however, but she couldn’t locate her desired Miu Miu shoes. “I’m moving into a new house, so all eyes are on that this summer,” she told Insider, adding that she also hopes to squeeze in a vacation with the family to the Atlantis Resort in the Bahamas. Silda Wall Spitzer, wife of former New York Governor Eliot Spitzer, presented the keynote speech at the luncheon, quoting both Audrey Hepburn and Gandhi. Spitzer chatted with Insider about her Manolo Blahnik nude pumps, which she called “very comfortable.” As far as her overall fashion sense, she said: “I’m like Michelle Obama, sleeveless is good for summer.” The event benefited the Kids in Distressed Situations charity and also honored Liz Lange Maternity Founder and CEO Liz Lange, and Christina Miller, SVP of Turner Sports & Cartoon Network Enterprises.