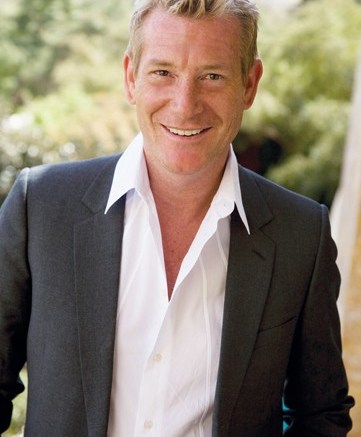 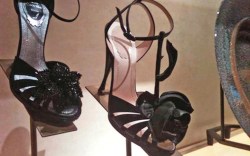 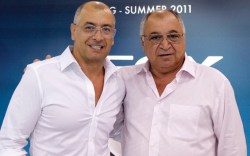 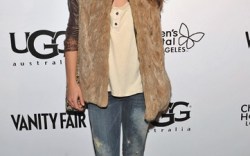 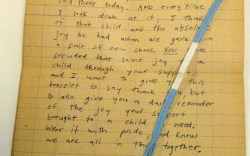 Todd Hanshaw is looking forward to 2011. The fashion director and DMM for Wynn Las Vegas — and regular on the Twitter circuit — was in Manhattan recently scouting styles for the coming year. Though luxe looks from Rene Caovilla (at right, below) and Christian Louboutin ranked high on his list of faves, Hanshaw said he’s also keeping his eye on new talent. Insider caught up with Hanshaw after seeing his tweet — “In NYC looking out the window at flurries while assorting fall 2011 boots for @WynnLasVegas and @WynnMag” — to hear his shoe predictions for the New Year.

FootwearNews: We see you’ve been hitting showrooms and checking out what’s to come for fall ’11. What are the big footwear trends catching your eye?
Todd_Fashion: More special shoes on a single sole so far — a real lady show — although was excited to see the houndstooth platform from Jason Wu.

FootwearNews: Jason Wu is pretty new to footwear. Any other newcomers to the shoe world you’re excited about?
Todd_Fashion: Haven’t seen enough of the new ones this season but a big congrats to relative newcomer Charlotte Olympia Dellal on her [FN Achievement Award] — I adore her.

FootwearNews: She really knows how to add a playful punch. What do you think it is about whimsical footwear that is resonating with consumers?
Todd_Fashion: Everyone likes to smile, and purchasing shoes that make you feel good with a touch of sexy — you have a winner!

FootwearNews: New Year’s Eve is just around the corner. What styles will be most popular as we roll into 2011?
Todd_Fashion: No one does New Year’s like Vegas, and Rene Caovilla has some great shoes to help ring in the New Year.

FootwearNews: Beyond dressy heels, what are the three must-have shoe styles for a woman’s winter wardrobe?
Todd_Fashion: Boots boots boots — the leopard knee-high from Louboutin, and what we call shoeties — little open-toe ankle booties — [are] always great.

New York Bound?
The Tannery is getting ready to take its first bite out of the Big Apple. After debuting a mega location in Boston late last year, owners Sam, Tarek and Talal Hassan are hoping for a repeat performance in New York. Insider has learned the trio has put out feelers for a site in Soho, where they plan to bow a replica of their tri-level flagship, offering everything from footwear to designer apparel. Sources said they are in the market to buy a building for their new location, which would be manned half the year by Tarek Hassan (above, left with Sam Hassan).

Beverly Hills Hostess
While holiday festivities were in full swing at the recent grand opening for Ugg Australia’s new store in Los Angeles (see page 7 for more), event host and “90210” star Shanae Grimes (below) was in a more reflective mood. Proceeds from the event benefited the Children’s Hospital Los Angeles, where Grimes has worked with patients on numerous occasions. “I’ve gotten really close with them,” she said. “I held my first benefit for them after a friend of mine was diagnosed with Hodgkin’s [disease].” As for her “90210” character Annie Wilson, Grimes said she’s coping with a different kind of crisis. “There’s always lots of drama in the boy department,” she said. “Not that I’m complaining.”

Walk This Way
Joseph “Rev. Run” Simmons could soon be doing a little more mingling with players of the WNBA. The rapper and star of MTV reality show “Run’s House,” who helped launch the Pastry brand with daughters Vanessa and Angela Simmons, told Insider the company is in talks with the professional basketball league to outfit the athletes in Pastry looks that are more red-carpet than locker-room. “We’re taking it off the court,” he said, noting that the fall ’11 collection, which is still being negotiated, would run the style gamut. Though the kicks won’t be used during games, Simmons said he and his brood will certainly be spotted courtside. “You’ll see us sitting at the games.”

Wardrobe Staple
A lot has changed for Toms Shoes founder Blake Mycoskie over the last four years, but one piece of his wardrobe has remained the same. When Mycoskie ventured to Argentina for that first shoe drop in 2006, he picked up a gift from a local child: a friendship bracelet he still still wears today. As a present to brand supporters this holiday season, Mycoskie sent a woven bracelet in the colors of Argentina’s flag and a hand-written thank-you note (at right). “I want to give you this bracelet to say thank you but to also give you a daily reminder of the joy your support brought to a child in need,” Mycoskie wrote. “Wear it with pride, and know we are all in this together.”

Rumer Has It
Normally, she’s a fixture on the front row at Fashion Week, but now Rumer Willis is getting in on the action. Mark Badgley and James Mischka have tapped the 22-year-old actress — and daughter of Bruce Willis and Demi Moore — as the face of their namesake brand’s spring ’11 campaign. “She epitomizes the young Hollywood crowd,” Mischka told Insider. “She’s beautiful, glamorous, spirited and talented, and those are things we look for.” The campaign, shot by fashion photographer Tony Duran in Malibu, Calif., will drop in March, with Willis appearing in print, outdoor and online ads for contemporary label Mark + James and the Badgley Mischka collection. “She’s so well-suited for Mark + James,” Badgley said, “but then, when she slipped into couture, she was just perfect for that, [too].” Though Willis (at right with the design duo) has only signed on for the spring campaign, Mischka said he isn’t ruling out a longer agreement.