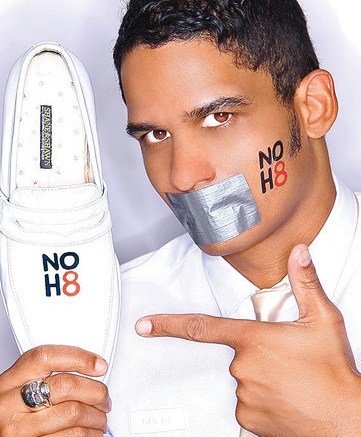 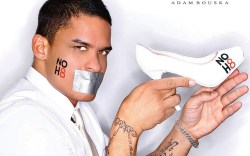 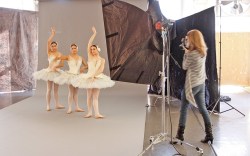 When brothers Shane and Shawn Ward, co-founders of Shane & Shawn, were asked to take part in the upcoming NOH8 Campaign and documentary, the duo decided to put their unique spin on the photographic project aimed at promoting and raising awareness for marriage equality. “We’ve seen a lot of other people [in the campaign] use props, but they weren’t really tied into the campaign,” Shane Ward told Insider. “We created some special shoes that were all white with the NOH8 logo.” Ward added that there’s a chance the shoes could even go into production to help promote the cause. “That’s something that we have definitely talked to them about, and they’re excited about the possibility,” he said.

Payless ShoeSource renewed its 2007 deal with American Ballet Theatre to sell the ABT for Spotlights line of dance shoes, and Insider was behind the scenes last week at the photo shoot for the marketing campaign. The new images feature soloist dancer Sarah Lane, who appeared in the last round of ads, as well as soloists Misty Copeland and Cory Stearns, and corps de ballet member Isadora Loyola. Lane spoke with Insider about her experiences as Natalie Portman’s dancing double in the upcoming thriller “Black Swan,” helmed by “The Wrestler” director Darren Aronofsky and set for release late this year. “A normal person can stand around for 16 or 17 hours a day, but to keep your body going for that long as a dancer is not easy,” Lane said. “But the director was really good to work with.”

Jason Mesnick, a former contestant on “The Bachelor,” committed to more than just wife Molly Malaney at their Feb. 27 wedding. Mesnick and his groomsmen walked down the aisle in Kenneth Cole’s Mister Man shoe and were dressed from head to toe in the designer’s apparel. Mesnick and Malaney are the first “Bachelor” couple to actually take the plunge, and ABC will air the wedding tonight. But the road to matrimony hasn’t been easy for Mesnick. He drew headlines when he proposed to contestant Melissa Rycroft and later broke up with her to woo runner-up Malaney. Looks like all the drama paid off — Malaney is rumored to have said “I do” in a $45,000 Monique Lhuillier gown and Manolo Blahnik heels.

The new Twyla Tharp musical “Come Fly Away,” which premieres on Broadway March 25, features vocals by Italian-American legend Frank Sinatra, but that isn’t the only connection to the old country. Milan-based brand Zoraide has custom designed all the ladies’ dancing shoes for the production. “It was a good challenge to push myself to make something so technical,” said brand owner and designer Paola Bay. All in all, the dance shoes weren’t too much of a stretch for Bay, who puts wearability high on her list of priorities. And Zoraide will be keeping the ladies’ lasts on hand, since the average dancer’s shoes survive a mere two weeks with such grueling workouts. — With contributions from Jocelyn Anderson, Rachel Mascetta and Devon Porrino