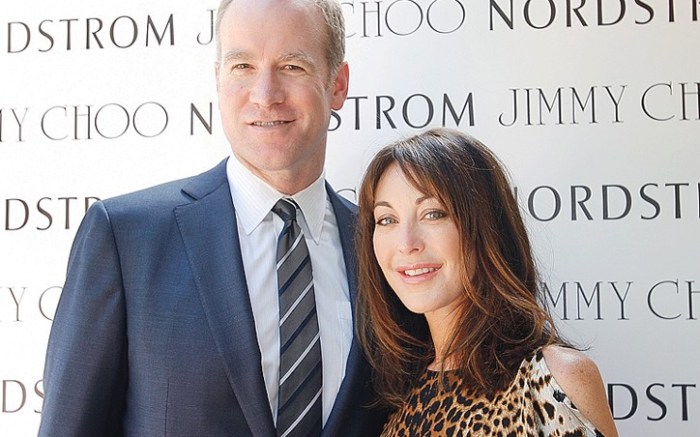 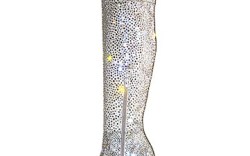 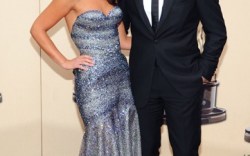 Lucky Choos
Long, flowing dresses at the Academy Awards might have cloaked the shoes, but that didn’t worry Jimmy Choo. “[Long dresses are] always a problem for us, but we make it work with photos and press afterward,” founder and president Tamara Mellon said last week at a private luncheon at The Beverly Hills Hotel. Mellon — who was lunching prior to her in-store appearance at Nordstrom for the brand’s newly launched 24/7 collection — said the red carpet has come to define part of the brand. In fact, she suggested, wearing Choos might be a good luck charm for nominees. (Sandra Bullock accepted her Best Lead Actress award wearing the label.) But Mellon said the 24/7 collection is aimed at women who want to look glam even off the red carpet — and, she added, it’s a mirror of her personal closet. “These are the ones I keep coming back to no matter what trend comes in and out,” she said. “[They’re] modern, but I could still wear them in two year’s time.” Nordstrom President of Merchandising Pete Nordstrom (above right, with Mellon) was on hand to celebrate the debut of the collection and told Insider that the product lands when customers are eager for new looks. “[Business is] getting better, but even through the toughest times, if you delivered newness and style, customers responded to it,” he said. “Our customers are pretty practical in a lot of ways. They like things that are a little more timeless, so this is perfect.” And more styles are to come. Choo CEO Josh Schulman said the 28-style collection would expand into boots for fall. And while Insider tried to get a peek at the label’s upcoming collaboration with Ugg, it was a no-go. But Mellon assured us that the classic Ugg style would undergo a distinctive Jimmy Choo transformation. “We’ve put the Jimmy Choo spirit into it,” she said. “It’s rock ’n’ roll and fun. It’s definitely been Jimmy Choo-ified.”

Magic Crystals
Celebrity chef Gordon Ramsay prepared the snacks, but Stuart Weitzman provided the eye candy at the designer’s Oscar week suite at The London West Hollywood Hotel in Los Angeles. Jane Weitzman held court at the suite while husband Stuart was in Milan and showed off the brand’s latest glam-tastic creation: a silver, satin, over-the-knee boot on a 5 1/2-inch heel adorned with 22,000 Swarovski crystals (at left). “We weren’t even going to bring it. We don’t even know what it’s going to cost because we haven’t received our bill from Swarovski yet,” Weitzman said. “But we’ve had a lot of stylists interested in it. They love it.” But as dramatic as the new boot was, Weitzman said her spouse had, for the second year in a row, elected not to produce one of his high-profile Oscar shoes (such as the diamond-encrusted, $1 million shoe worn by Halle Berry in 2005). “It just wasn’t right with all the bad stuff going on in the world,” Weitzman said. “These are fun things, but it’s not always appropriate.”

Paying Less
When Aussie actor and “Avatar” star Sam Worthington told reporters on the Oscars red carpet that he was wearing shoes from Payless ShoeSource, he did more than give the budget-friendly brand a boost, he got them debating. Which style was he wearing? Reps at the company said they don’t really know. Worthington (below) told the Associated Press he picked his “20-buck Payless shoes” to go with his Brioni tux because “they’re comfortable, and the ones they gave me made me look like a goblin.” The smart money, a Payless rep said, is on the Dexter Pembroke, a faux leather oxford described on the brand’s Website as “ideal for the office or that special event.” But men looking to emulate the star will have to wait: The model is sold out.