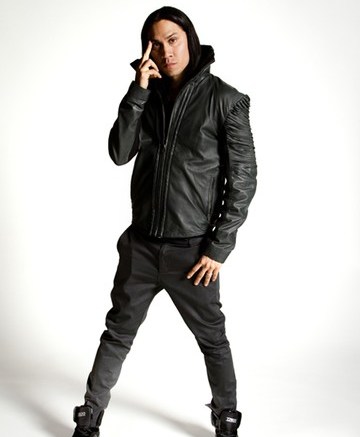 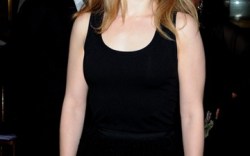 Jump Around
Fergie isn’t the only member of the Black Eyed Peas to dive into footwear. After trying his hand at design with the TabooXJump collection (sold at high-end retailers such as Saks Fifth Avenue), Taboo is at it again with a solo venture, called the Taboo Deltah 3008 collection. “As an artist, I make really cutting-edge music that connects with a tremendous amount of people all over the world, and I wanted to do the same with my shoe line,” Taboo told Insider. “I wanted to convey the lifestyle appeal of the Black Eyed Peas’ futuristic and post-apocalyptic vibe.” The sneaker line, produced by Jump Corp. but branded as an individual project for Taboo, uses nylon materials and patent leather for a “rugged and polished” look. Set in a lower price range, between $65 and $85, the line is sold exclusively at select Footaction locations. — Kristen Henning

Operation Bridal
Chelsea Clinton has been the talk of the town this week, as buzz heats up about her wardrobe choice for the big wedding weekend. The bride-to-be and daughter of political power couple Bill and Hilary Clinton has been spotted at appointments with Vera Wang and Oscar de la Renta, so the question remains, what shoes will she pair with that dream dress? All the major players known for outfitting brides are fair game, with Kate Spade, Jimmy Choo, Manolo Blahnik and Stuart Weitzman all likely options for the event in Rhinebeck, N.Y. But as with everything else about the nuptials, Clinton’s shoe pick has been tougher to crack than the Pentagon Papers. — K.H.

X Marks the Spot
It’s a whole new world for Etnies. The Lake Forest, Calif.-based skate brand opened a new chapter last week at the X Games 16 with the debut of its rally team (co-sponsored with Rockstar Energy Drinks) and the signing of driver Tanner Foust. “We can really do it full on [now],” said Etnies spokesperson Ashton Maxfield, noting that Foust joins motocross athlete Brian Deegan, the longtime Etnies athlete who spurred the brand’s entry into rally. “Before we were just riding Brian’s coattails.” Fans of the sport will be able to pick up Rockstar-branded versions of Etnies’ popular Fader and Fader Vulc styles at Etnies’ retailers this fall — and they might even get a sneak peek at the style on Foust’s feet at the games this weekend. “The event has evolved to a whole new level,” Foust said. “And Etnies’ involvement with the rally team proves [the brand] is on the cutting edge of action sports that involve feet.” — Jennifer Ernst Beaudry