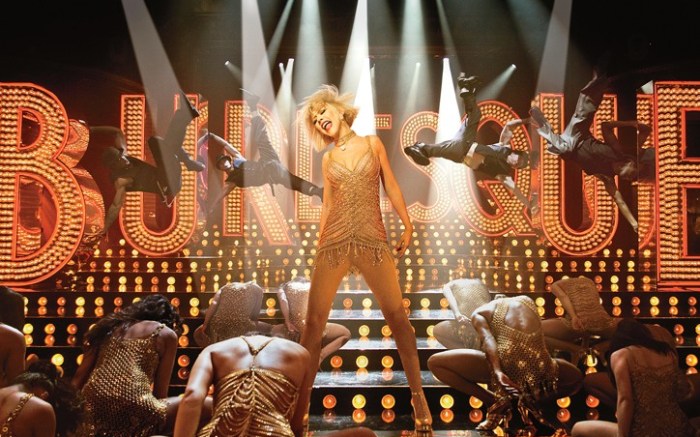 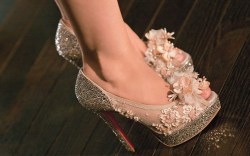 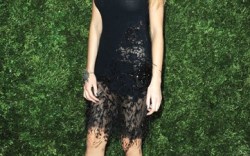 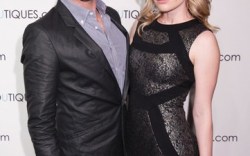 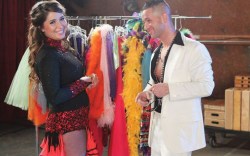 Show Girls
“Burlesque” may be getting huge attention for its cast of divas and barely-there dresses, but the film’s costume designer, Michael Kaplan, told Insider the shoes were equally fabulous. “We wanted something very special,” he said about shodding the Burlesque Lounge’s lead performer, Tess (played by Cher), and its ambitious new waitress, Ali Rose (Christina Aguilera). Aguilera, who requested tall, sexy shoes, spends much of the film in Christian Louboutin heels, thanks, in part, to Kaplan and the red-sole king, who logged time together to create a custom pair for the songstress. Much of “Burlesque” takes inspiration from old movies, Kaplan said, but the footwear fashion was very much on trend. Styles from Lanvin, Dolce & Gabbana, Rick Owens, Bebe and Guess all took precedence over vintage looks. And while the show brings a healthy dose of glitz and glam, versatility was key. Headliner Cher opted for more comfortable looks, so Kaplan turned to footwear that could keep time with the strenuous dance routines. “Visual appeal [is] important, but functionality wins out,” said Kaplan, who favored custom-made Italian dance shoes by La Duca (also a favorite on the sets of “Nine” and “Chicago”). “If a shoe is beautiful, but unmanageable for a dancer, it [didn’t] make the cut.”

Christian Values
Blake Lively certainly likes her Louboutins. The “Gossip Girl” actress was spotted at the designer’s VIP sample sale last week surrounded by towers of shoeboxes while slipping into demure pumps and red patent boots embellished with spiked studs. “I have sisters, so I’m getting gifts for them and for friends,” Lively revealed to Insider as she headed out with more than 40 pairs. “Of course, I got quite a few for myself, too.” Though Lively spent at least four hours perusing the stock, her marathon-shopping trip was just the start of her day. Later that evening, she stepped out in the designer’s velvet pumps (sample sale score?) at the CFDA/Vogue Fashion Fund awards (at left). But not all Louboutin-hungry fashionistas fared so well. The invite-only sale, which officially began Wednesday, drew hundreds of women well before the 8 a.m. start time. And entry was a coveted privilege. Insider overheard two separate women unsuccessfully begging — one on the verge of tears; the other offering cash — to be let in as someone’s “plus one.”

Geek to Chic
The Hollywood crowd turned up in New York last week to fête the launch of Boutiques.com, Google’s new personalized shopping forum and its big leap into the fashion arena. Ashlee Simpson Wentz, Emma Roberts, Kelly Osbourne and designers Tory Burch and Georgina Chapman — all of whom created interactive boutiques for the site — took in the party at Skylight Studio, which featured rooms styled for just about every fashion sensibility. “This is amazing,” said actress Elisabeth Moss of “Mad Men,” noting she stuck to casual chic while building her Google boutique. “There’s Halston Heritage, J. Brand, Rebecca Minkoff and a lot of boots: motorcycle boots, dress boots, every kind of boot. I’m in winter mode, so I can’t imagine wearing anything else right now.” And while the fusion of technology and fashion was certainly the buzz, newlyweds Steven Moyer and Anna Paquin (at right) of “True Blood” dished about the show’s upcoming season. “Bill and Sookie get married, adopt Eric as their teenage son and all live happily ever after,” joked Moyer, dressed in Timberland oxfords and a Richard Chai jacket.

Dancing with Abstinence
Ladies and gentlemen, we have a situation. “Dancing with the Stars” contestants Bristol Palin and Mike “the Situation” Sorrentino (who was voted off the show last month) have struck up an unlikely friendship, talking about preventing teen pregnancy in a public service announcement for The Candie’s Foundation, for which Palin is an ambassador. “It is such a unique moment in pop culture, that these two would be together on one of the top shows in the country,” said Dari Marder, chief marketing officer at Iconix Brand Group Inc., which owns the Candie’s brand. Within a day of the release, the video had more than 400,000 hits on YouTube and had been discussed by Bill O’Reilly and the ladies on “The View.” “We’re going to let this roll for a while,” Marder said, hinting another video with Palin and Sorrentino could be in the works. “We have something up our sleeve, [but for now] we’re going to sit back and watch.” The timing couldn’t be more perfect. Palin is the last of three remaining contestants on the show. “Some of us thought [she’d make it this far] and some of us didn’t,” Marder said. “When we first met her, she was incredibly shy and timid, [but] now she has such poise and courage.”