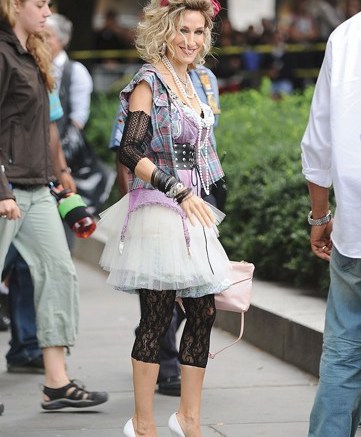 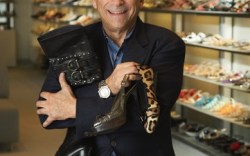 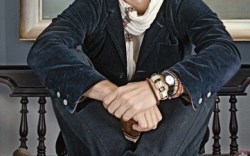 Has Carrie Bradshaw traded in her Manolo Blahniks? Movie producers have been hush-hush about the brands Sarah Jessica Parker will don in the “Sex and the City” sequel, which is due out next month, but Insider convinced designer Brian Atwood to dish about the styles he handpicked for the star. Atwood worked with costume designer Pat Field to create four pairs of shoes for the movie, including studded platform heels in lilac suede and pointed-toe pumps, which Parker was spotted wearing during the filming of a 1980s flashback scene (at right). “They asked for something Madonna-esque,” Atwood said of the spring ’10 style he detailed in white patent leather. “It’s so funny that it works now like it worked in the ’80s. [But] that’s what I believe: great designs stand the test of time. That’s a pump you can wear 20 years from now.” Though Atwood confessed he doesn’t know for sure when his shoes will show up in the film, executive producer and director Michael Patrick King has been dropping hints. “When I went on set and met [King], he said he heard I had a major scene,” the designer said, “but I don’t know what it is!”

While speculation surfaced last week that Stuart Weitzman’s investors may be looking to sell their minority stake in the company, Weitzman told Insider he isn’t aware of immediate plans to do so. “I see [my investors at Irving Place Capital Management LP] all the time. We talk about the stores we’re going to open, the budget and the business [in general],” said the 68-year-old designer. Still, Weitzman didn’t rule out the possibility that the stakeholder may be shopping its 40 percent holding. “That’s their business, not mine. I don’t want to sell my side of the business, so we haven’t had any conversations [about it]. … I want to work forever.”

It’s one thing to walk a mile in some one else’s shoes, but it’s something else to do it barefoot. That’s the point the crew at Toms Shoes was trying to get across on April 8, during its third One Day Without Shoes event. “I realized it was hard for my friends and people who were our customers to really understand how hard it is to go without shoes. So I came up with this idea,” said Toms founder and chief shoe giver Blake Mycoskie. “This is our movement to get people worldwide to kick off their shoes, go a mile barefoot, an hour barefoot, or the entire day barefoot and really understand the impact a pair of shoes can have on one’s life.” Over 1,500 barefoot walking events were scheduled to take place, with more than 80,000 participants worldwide, including a number of celebrities such as Olivia Wilde, The Jonas Brothers, Kristen Bell, Rachel Zoe, Heather Graham, Jason Mraz and members of Hanson. “I am overwhelmed and humbled by the excitement building around this global campaign,” Mycoskie said.