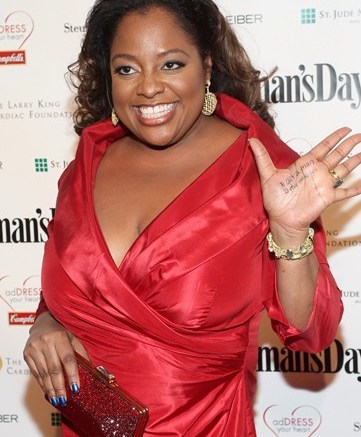 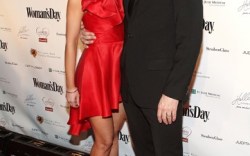 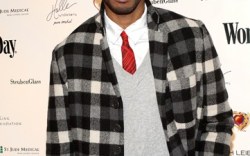 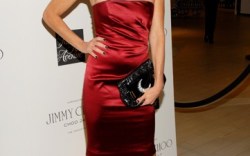 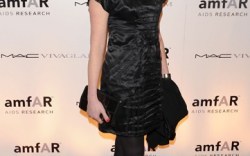 Red Carpet
Despite the storm and blizzard conditions in New York, celebrity guests, honorees and attendees alike gathered for the Seventh Annual Red Dress Awards, held at the Lincoln Center last week. The event took place during American Heart Month to honor four women who have contributed to the fight against heart disease.

“Dancing with the Stars” pros Anna Trebunskaya and Jonathan Roberts showed their support. Trebunskaya told Insider she usually turns to Ugg in poor weather. “Well, I brought my Uggs, but they got soaking wet, so then I put on my Kenneth Cole leather knee-boots and that worked,” she said.

Sherri Shepherd, host for the evening, chose gold peep-toe pumps by Report Signature for the event, but not before stashing her own pair of Uggs, which she told Insider she wears everywhere. As an actress in “Precious,” a nominee for Best Picture at the upcoming Academy Awards, Shepherd already has her red-carpet footwear picked out for the big night. “I got some really cute Valentino. I can’t wait,” she said. “They’re really, really high — about five-and-a-half inches — and they’re a mauve color with a bow on the side of the ankle.”

Fashion stylist and former judge on “America’s Next Top Model” Nolé Marin, wearing Ferragamo dress shoes, discussed his love for comfort. “I’m a huge fan of Adidas — I have about five pairs — and I love anything comfortable and anything that I can walk around the city and look cute in,” he said. However, Marin, who told Insider that “your attitude [is] the best accessory,” is a realist when it comes to winter weather. When asked about his go-to shoes to survive the weather, he said with a smile, “Car service!”

Choo Story
Jimmy Choo’s much-buzzed-about Choo 24/7 line, featuring some of founder and president Tamara Mellon’s favorite designs, is finally out. Mellon was on hand at Saks Fifth Avenue in New York last week, to celebrate and showcase some of the styles.

When Insider caught up with Mellon, she said she was most excited to attend the Diane Von Furstenberg and Alexander Wang shows at New York Fashion Week. She also talked about the importance of timeless pieces — like, say, the ones in Choo 24/7. “The collection is the best basics that every woman should have in their wardrobe. They’re modern, yet at the same time, they really stand the test of time,” she said. “Women are really looking for investment pieces, and that’s what this collection offers them.”

Mellon, who recently moved back to New York from London, said she’s been frozen since her return. So how does she survive the cold temps while keeping the footwear fabulous? “[I wear] our fur-lined biker boots, and later in the year, we’ll have our Uggs coming out,” she said.