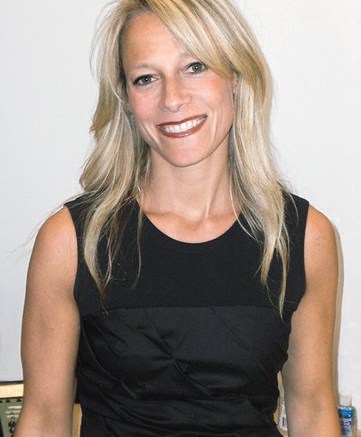 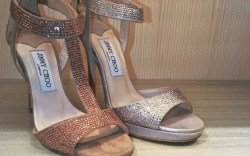 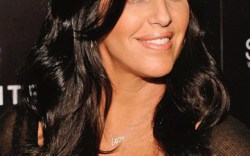 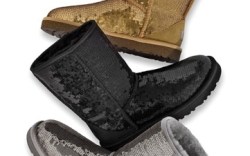 Winter blues? Not at Saks Fifth Avenue. The retailer’s 10022-SHOE floor will be a sea of sparkles this season, thanks to the glitter trend that is helping drive sales at the store. Saks’ VP and DMM of women’s footwear Tracy Margolies, who told Insider she is on “Twitter duty” every Thursday, tweeted pictures of sparkly shoes two weeks in a row — first Tory Burch’s Reva in gold glitter, followed by a pair shimmery Jimmy Choo heels (at right). After seeing Margolies tweet “Meet Jimmy Choo project crystal! I love these new sexy sandals!” Insider wrote back to get the scoop on the trend.

She may be a Yenta to ultra-rich singles, but Patti Stanger of Bravo’s “The Millionaire Matchmaker” can also play the stylist role. And she’s not messing around. The straight-talking matchmaker — who has rejected potential matches over sloppy eyebrow tweezing and apparent mid-life crises — has a few tips on what footwear looks are most likely to help snag a man. “You’re not going to wear sneakers on the first date unless he’s taking you to a Dodgers game,” said Stanger, an admitted shoe addict, who was filmed in a recent episode gushing over thigh-high boots and Christian Louboutin heels at Jeffrey New York. “A fitted, mid-heel boot [is] always in style. Men love that look, especially with mini-skirts and dresses.” Though stilettos and pumps up the sexy factor, Stanger said higher isn’t always better. “If he’s short and you’re tall, you don’t want to overpower him. You have to bring it down,” she said. “No man wants to date the Jolly Green Giant.”

Oprah is going out big. Her highly anticipated favorite things list was upgraded in the show’s final season with her ultimate picks, including big players in footwear. During the two-episode series, the talk show queen touted her love for Ugg, Tory Burch and Nike. “We are over the moon to be featured,” said Ugg Australia President Connie Rishwain, noting that last week’s appearance marks Ugg’s fifth time on the show. It’s no wonder she’s pleased: A mention has, in years past, cleaned out shelves in hours and catapulted products into super-stardom. Brands have jumped on the attention. Within hours of the airing, Ugg set the Sparkles boot (at left) in its store windows, while Tory Burch (who created a gray and silver tote and her signature flat) and Nike (which got props for the Free Run shoe) both listed the Oprah shout out on their websites.