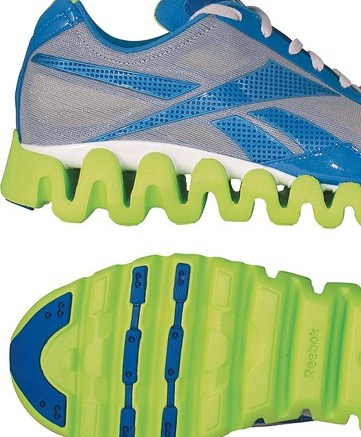 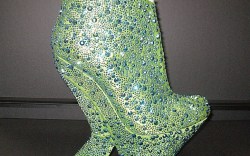 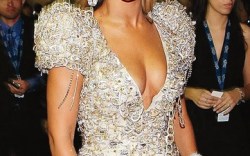 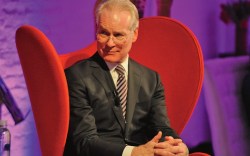 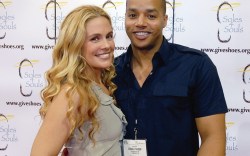 Super Boat
While some brands were grabbing airtime during last night’s Super Bowl, Reebok was taking advantage of the huge press presence at the game. The athletic giant parked a yacht at the Ft. Lauderdale Marina Hilton and invited media outlets to come aboard. The reason? A preview of the brand’s ZigTech training shoes, demo-ed by athletes including past Super Bowl MVPs Santonio Holmes and Eli Manning. But as big as the event was, John Lynch, head of U.S. marketing at Reebok, said it’s only the beginning. “We’re going to be doing a huge campaign [for ZigTech], along the same lines as what you saw for EasyTone,” he said. Included in the plan is a print placement in the Sports Illustrated swimsuit issue (out tomorrow) and TV commercials that will start airing in the days leading up to the shoes’ launch on March 11. The ZigTechs (and their eye-catching, Slinky-based soles) will be available for men and women at major retail chains, including Foot Locker, Nordstrom and Finish Line. And don’t be surprised if you see them on a few stars of MTV’s “Jersey Shore” — cast members got pairs when they were in town for the game.

Touchdown?
Skechers is looking to score more fans for its breakout Shape-ups brand. The company aired two 15-second spots during last night’s Super Bowl broadcast, featuring football star Joe Montana and testimonials from consumers. Sam Poser, an analyst with Sterne Agee, said that Skechers spent “well less” than $3 million for the spots and that the move was a reallocation of planned marketing dollars.

Sole Man
Donald Faison told Insider he came to the WSA Show with one objective: “I’m trying to get as much free stuff as I possibly can,” he joked. Actually, the “Scrubs” star had a more charitable goal. His autograph signing outside the Soles4Souls booth attracted hundreds of fans and raised awareness.  “I’m a huge Nike guy. I’m a sneakerhead,” Faison said. “You give me a pair of Nike Air Force 1s and I’m good to go.” But that shoe collection has dwindled since girlfriend CaCee Cobb introduced him to Soles4Souls and encouraged him to make some donations. Cobb also took Faison with her to the charity’s event at The Los Angeles Mission over the summer. “We handed out something like 1,600 pairs of shoes that day to homeless people,” Faison said.

Gunn for Hire
Even Tim Gunn  knows how to dress down. At an event last week celebrating Dearfoams’ new marketing campaign (the slipper brand is relaunching with a focus on younger styles and looks), the “Project Runway” mentor revealed that jeans, a T-shirt and Dearfoams slippers have been his go-to at-home look for years. During the event (attended by R.G. Barry Corp. prez and CEO Greg Tunney and Two Ten’s Peggy Kim Meill, who volunteered for a Gunn outfit appraisal), Insider grilled the author and Liz Claiborne chief creative officer as to what he recommends for the modern woman. “I’m a huge fan of the ballet flat. Women tend to navigate the streets more confidently in them,” he said. “But I’m not a fan of the big platform stiletto. It just throws off a woman’s proportions in a way that I don’t believe is always flattering.” Of course, Gunn added, that’s not always true.  “Let’s not put supermodels in that category, because they can wear anything!”

Grammy Girl
This year’s Grammy Awards, held  Jan. 31 in Los Angeles, was a shoe feast. Lady Gaga showed a whole new side of Armani with her custom-made, futuristic spangled heels from Armani Privé. And New York designer Ruthie Davis had two reasons to celebrate: Her studded golden Cindy stiletto from the just-delivered spring line showed up on Hillary Scott of Lady Antebellum and six-time award winner Beyoncé. Mrs. Jay-Z is a Ruthie regular, and Davis said she had a feeling the singer might like the shoe. “When I designed the Cindy, I kind of had Beyoncé in my mind,” she told Insider. Can we expect more of Ruthie’s shoes on B? The designer thinks so. “I’ve already finished the fall ’10 line, and there’s a Beyoncé shoe in that collection,” she said. “And I have a Gaga shoe, too!”