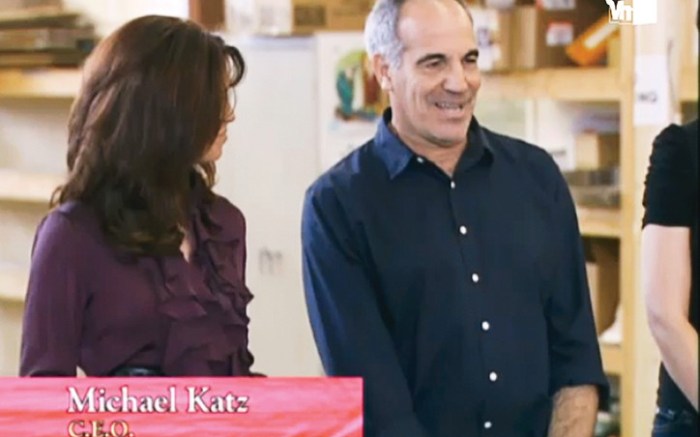 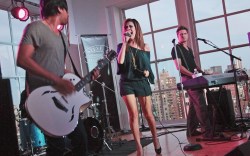 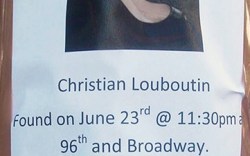 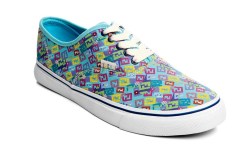 Matisse honcho Michael Katz put some debutantes to work, when the company was featured on last week’s episode of VH1 reality show “You’re Cut Off.” During the show, which gives trust-fund kids a glimpse of the working world, Katz walked a group of over-indulged ingénues through a day in the life of a real fashion pro running a fashion business, covering inventory management, customer service, sales and managerial tasks. Of course, the über-egos of reality TV were in full swing, as cast member Gia stormed off and quit after refusing to be managed by another cast member. Then tempers flared even more when the pampered ladies received their $70 checks for the day’s work. “I should have gotten way more money and at least a couple pairs of shoes and an apology from Michael,” complained Gia. For his part, Katz said his TV debut was far from thrilling, and the cast members were even less pleasant off camera. “It was interesting, but I don’t want to do it again,” he told Insider. “I thought they were just horrible. They were just nasty, horrible girls.”

Steve Madden was eager to hear his latest musical discovery, Nikki & Rich, perform live as part of a Steve Madden Music event last week at New York’s Ramscale Penthouse. “I listened to their CD, but I’m really anxious to hear how they sound live,” Madden told Insider. “We’ll see what they can bring to the table.” The duo had large — and glamorous — shoes to fill, considering that previous Steve Madden Music acts have included Lady Gaga, Katy Perry and Jason Derulo. Nevertheless, Rich Velonskis (the “Rich” in Nikki & Rich) said it was encouraging to have Madden’s backing. “So far, it’s been a happy marriage,” he told Insider. “Steve’s been really supportive of new bands.” Nikki & Rich will be releasing their debut album later this year on Warner Bros. Records.

If this doesn’t win a dude a date in New York, nothing will. Last week, a kindly fellow posted a flyer near 96th Street and Broadway with information regarding a single Christian Louboutin open-toed black pump, found on the street. Thousands of pets may go missing in the big city, but hopefully this shoe will find a good home.

Los Angeles recording artist, producer and designer Taz Arnold, is tuning in to footwear this fall with a sneaker collaboration with streetwear label Stampd’LA. The three-style unisex collection will carry the labels for both Stampd’LA and Arnold’s TI$A menswear brand, though Arnold will oversee the design. Making the leap from music to fashion was a natural move, Arnold said. “Music, for me, is a combination of sound, rhythm, colors and feelings. I utilize the same sentiments when approaching creative design. I’ve learned to adapt, flow and progress. I have always been somewhat fascinated by shoes, whether they be moccasins, loafers, oxfords, boat shoes, boots or athletics.” Arnold and Stampd’LA founder Chris Stamp connected from the get-go, he recalled. “Aesthetically, Taz and I realized we see eye to eye on a lot of what we like, both from a fashion and design standpoint,” he said. “With both brands coinciding, with slightly different demographics, it was a good cross-branding opportunity for us, and we were able to push L.A. lifestyle.”