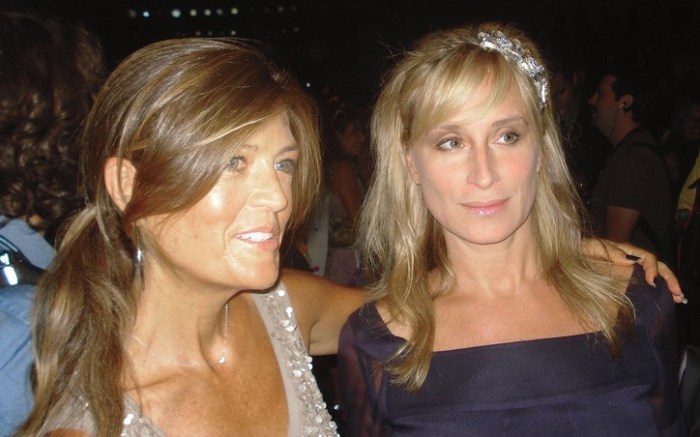 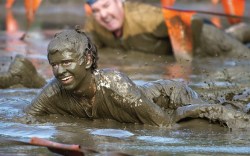 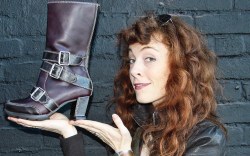 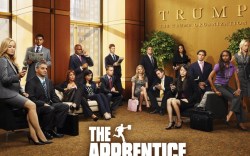 Not everyone is desperate to be a housewife. Insider learned that shoe designers Ruthie Davis and Lisa Pliner have turned down offers to join the drama-filled casts of “The Real Housewives” in New York and Miami, respectively. After being trailed by camera crews — Davis around Manhattan and Pliner during FN Platform in Las Vegas — both women decided that venturing into TV as part of an ensemble cast just wasn’t the right fit. “Being a shoe designer running [my] own brand is too much of an all-consuming career to also be a Housewife,” said Davis, an admitted fan of the Bravo reality shows. “Too much career and not enough house.” Still, Davis could pop up in the housewives’ behind-the-scenes lives. New York wife Jill Zarin has been spotted sporting the designer’s looks, and newcomer Sonja Morgan (above, right) mingled with Davis during Fashion Week in New York. Pliner, too, has decided to forgo “Housewives,” but not because she’s camera shy — she just wants to be in the driver’s seat. “I wasn’t interested in being made out to be [someone] I’m not,” said the designer and wife of Donald Pliner, adding that she is instead pitching her own show to networks about “the lady behind the green soles.” Pliner remained mum on the specifics, but said the show would revolve around her life in the shoe world.

A little mud never hurt anyone, and Merrell thinks that’s true for a whole lot of mud, too. The outdoor brand is playing host to the Down & Dirty National Mud Run Series — 5k and 10k races with military obstacles ranging from pits of thick, gravel-laden mud to towering, cargo-net walls. “We wanted to do something that had an element of multi-activity,” said Craig Throne, Merrell’s VP of marketing. “When you throw things in that don’t make it a normal [race], it pushes people to do something they wouldn’t normally do. … It’s really a call to action [and] to expand what ‘outdoors’ means.” Nearly 4,000 people turned out on Oct. 3 for the New York event, the third stop in the four-city series, which ends in Sacramento, Calif., on Oct. 31. Throne said that based on the success of the 2010 races, Merrell is already gearing up for next year by scouting out at least five more cities to add to the roster. By then, he said, he hopes to have cleaned up all the lingering grime from this year’s competition. “I’m still finding dirt,” he said days after running the 5k in New York. “It’s everywhere.”

Robert Clergerie might be celebrating three decades in the shoe business, but he works a room like an eager up-and-comer. Holding court in his packed Premiere Classe space last week, the designer said he’s hitting the road to mark the milestone, with planned appearances at Bergdorf Goodman later this month and On Pedder next year. He reminisced about his first big retail get, Barneys, in 1981: “Gene Pressman was my first customer. … We have a long love story with Barneys.” The designer also sounded off on his distaste for the industry’s shift toward “overdesigning.” That’s one reason he continues to admire Manolo Blahnik. “I like the way he designs: simply.”

John Fluevog is ready to rock. The Canadian designer is paying homage to compatriot and former Hole bassist Melissa Auf de Maur by naming a boot in her honor. And according to the musician, it’s a match made in shoe heaven. “I was so honored to see a kick-ass, rock boot named after me,” Auf de Maur said. “How cool is that?” While Fluevog and Auf de Maur, who also toured with the Smashing Pumpkins and has released a solo album, may be different types of artists, she admitted a special connection to the footwear icon. “I feel like he was really gaining momentum at the time when I first started making rock music in the 1990s,” she recalled. And their connection might go one step further: Auf de Maur, who thanked Fluevog with a recent performance in his Vancouver store, said she’d “absolutely” be interested in designing shoes someday.

“The Apprentice” is taking a page out of “Project Runway’s” book for its Oct. 14 episode. Rockport will be the first footwear brand to make an appearance on Donald Trump’s series, showcasing its spring ’11 collection in a battle-of-the-sexes challenge. Each team will put on a full runway show, creating outfits around Rockport styles worn by the opposite team. Coinciding with the show, the brand is sponsoring an in-store and online contest. The grand prize? A trip to New York to meet the Donald himself and a golf outing at one of the real-estate mogul’s courses. And to fuel excitement about the episode, Donald Trump Jr. will be offering tips on dressing for success on the Rockport microsite.

Show me the money. Big names in the footwear industry once again earned strong representation on Forbes’ annual “Richest People in America” issue, with Nike Chairman Phil Knight (worth $11.1 billion) coming in at No. 23, the highest spot of anyone in the shoe game. Victor Fung ($3.55 billion) of powerhouse Li & Fung — which snatched up Jimlar over the summer and signed four licensing deals, including one with Rachel Zoe — also made the cut, alongside Jim Davis of New Balance ($1.8 billion). Rounding out the ranking of footwear players was No. 365, Sidney Kimmel ($1.1 billion) of Jones Apparel Group, Ralph Lauren ($4.4 billion) and a bevy of retailers, including Amazon’s Jeff Bezos ($12.6 billion), the Gap’s Doris and John Fisher ($2.3 billion and $1.25 billion, respectively) and Richard Hayne ($1.3 billion) of Urban Outfitters. — With contributions from Katie Abel, Elizabeth Denton and Barbara Schneider-Levy