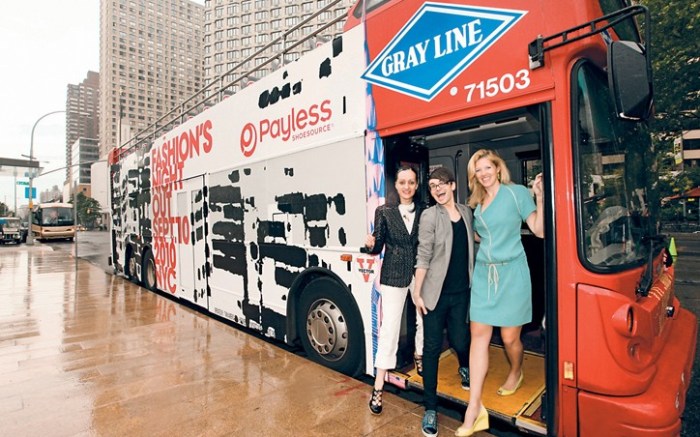 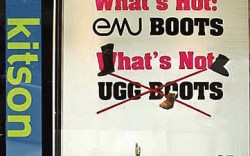 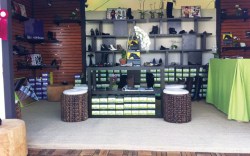 There’s a first time for everything. Payless ShoeSource guest designers Christian Siriano, Lela Rose, Patricia Field and Isabel Toledo will join forces for Fashion’s Night Out this Friday, marking their first joint appearance. Payless CEO LuAnn Via said shoppers can expect “pure energy, excitement and fun” as the designers show off their latest collections and mingle with customers at the Lexington Avenue store. “It’s always amazing how you can see the unique [personalities] come through in each label,” Via added. As for their differences, she described Rose’s designs as “classic with a twist,” Siriano’s as “edgy chic” and Toledo’s as “inventive with practical elegance.” Want Siriano’s style for the big event? The designer suggested, “My crocodile wellie is perfection, but for the classic New Yorker girl, my strappy heel from the fall Payless collection is best. I also think for total comfort, my sneaker, which I wear every day is always a good option.”

It may go down as one of the longest feuds in footwear history. Kitson owner Fraser Ross continued to stoke the flames of his quarrel with Decker’s Outdoor Corp.’s Ugg brand when he posted a window sign at his new location in the Santa Monica Place mall declaring “What’s Hot: Emu Boots — What’s Not: Ugg Boots.” “It’s a fashion tip,” Ross told Insider. “We do this all the time. At one time, Ugg was a great business, and now I need another casual boot business, and that’s Emu. We need to develop and build that brand.” But that didn’t exactly fly at Deckers HQ, which quickly hit Ross with a cease-and-desist letter, claiming the use of the Ugg name violated its trademark. A spokesperson from Deckers explained that the retailer’s relationship with Deckers was terminated in 2009. “Deckers and its Ugg Australia brand obviously disagree with the content of Kitson’s advertising, [as] a former retailer for the brand,” the spokesperson said. But that’s not likely to be the end of it. Ross said he plans to unveil a similar window at his Robertson Boulevard location after Labor Day. And this isn’t Kitson’s only dispute. Majestic Mills, the distributor of Nicole Richie’s House of Harlow 1960 line, recently filed suit against the retailer for $225,000 in unpaid invoices.

Sam and Libby Edelman have always been huge horse fans, so it’s no surprise that they made quite the splash at last week’s Hampton Classic horse show in Bridgehampton, N.Y. In addition to opening an on-site pop-up boutique featuring hot fall styles, the couple sponsored the Sam Edelman Equitation Championship, which took place on Saturday, as well as the racing numbers for the entire event. “This is an incredible opportunity for us to touch our consumers. It’s a fabulous marketing vehicle,” Edelman said, a few minutes after greeting Kelly Ripa and her horseback-riding daughter, Lola Consuelos, at the shop. “Kelly told me her daughter had been wearing my name on her back all week,” he quipped. Ten percent of all proceeds from the pop-up will be donated to the American Society for the Prevention of Cruelty to Animals.