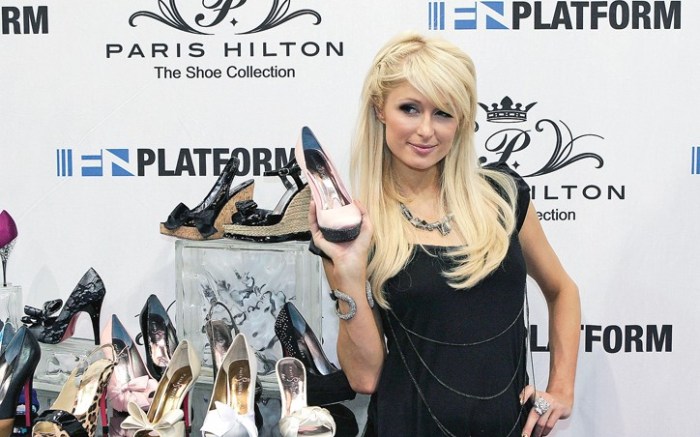 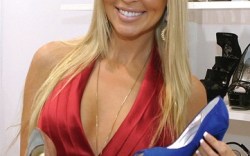 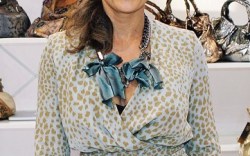 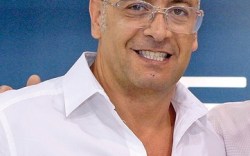 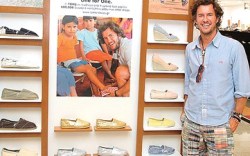 Paris Hilton is joining the reality TV circuit again, though without former BFF Nicole Richie. While the socialite remained hush-hush on details, she said to expect two new shows to air next year. And she’s also considering jumping into the family business with her own line of hotels. “I’m searching for the right [partner],” she said. Hilton was at FN Platform to promote her new spring line. “Every girl loves shoes,” she said, showing off styles adorned with bows and lace. While Hilton posed for fans, her mom, Kathy Hilton, decided to do some shopping on the show floor. Her first stop: the Hunter booth, where she pre-ordered six handbags from the new line. “It only proves our point: We are a fashion [company],” boasted Sonny Shar, CEO of Hunter parent Pentland USA.

All eyes will be on the footwear during Tarek Hassan’s walk down the aisle. The co-owner of Boston’s Tannery stores will marry Adriana Ardila in Cartagena, Colombia, on Friday in Gucci shoes and a Tom Ford suit. “We carry Gucci in the store, and it’s a brand I’ve always been a fan of,” Hassan told Insider. As for his future wife, Ardila chose Jimmy Choo for the big day — “one of her favorite brands,” said Hassan — paired with an Oscar De La Renta dress. The three-day celebration will be attended mostly by family, although a few industry power players could make the guest list.

Actress Vanessa Williams — who was at WWD Magic to bow her handbag line — is all about being comfortable, especially when it comes to footwear. Her top picks? “Sergio Rossi gives you great glam, and I live in Stuart Weitzman,” she said. For fall, the actress is looking forward to living in boots again, including suede and military styles. As for her storage tactics, “I have three different closets,” she said. “But I tend to give [shoes] away when I’m done.”

For Steve Madden, a personal store appearance can sometimes turn into a reunion of sorts. “I get people who knew me 30 years ago when I was in junior high, and they show up with old pictures of me to sign, so that’s always interesting,” Madden said when Insider caught up with him last week at the opening of the Nordstrom store at Santa Monica Place in Los Angeles. “I’m always surprised by the number of people who come out to see me. It’s fun.” Madden made the trip out West for the gala party, followed by an in-store appearance and shoe signing over the weekend. Actress Angie Harmon co-chaired the Nordstrom event, which featured a performance by Grammy winner Michael Bublé. For his part, president of merchandising Pete Nordstrom said new store openings still cause butterflies and sleepless nights. “I’ve done a lot of them, but the investments keep getting bigger and bigger, so by virtue of that alone, it’s significant,” he said. “This opening is really a big deal for us.”

Watch out Toms, here comes Bobs. Blake Mycoskie, who founded Toms Shoes with the idea of giving away a pair of shoes for each one he sold, is getting some company. Skechers next month is expected to launch a line of canvas slip-ons called Bobs with a similar one-for-one premise. For every pair of shoes the Manhattan Beach, Calif.-based firm sells, it will donate another pair to Soles4Souls.

Is try, try, try again Jerry Turner’s mantra? The chairman of American Sporting Goods, who has put his company up for sale a few times before, is apparently at it again. Sources said Turner is garnering serious interest from strategic buyers and financial firms. While the executive has been in talks previously, sources said this time there are a few good reasons it could go through: First, the Kelly Ripa-fronted Ryka line is strong at retail, and also, Turner may have an incentive to sell before tax rates rise for the wealthy at the end of the year. Turner could not be reached for comment as of press time.

When Brown Shoe Co. President and COO Diane Sullivan said during an FN Platform panel session that toning and barefoot technology were part of a “macro trend,” was she hinting at bigger things to come? According to industry sources, the St. Louis-based firm is putting the finishing touches on a wellness-specific retail concept that would include about a dozen stores. The company wouldn’t confirm any details, but did say in a statement, “We know wellness footwear is important to consumers and we are exploring what a concept based on that might look like. However, at this very early stage, we have no specifics to share.”

Lauren Jones knows the importance of the right price. The actress-turned-designer, who previously worked alongside Bob Barker on “The Price is Right,” is now collaborating with her replacements on the show. “Carey’s Cuties” are set to rock Jones’ namesake line on upcoming episodes of the hit game show. But you can also find the actress in theaters now, starring opposite Mickey Rourke in the action hit “The Expendables.” And who else is she dying to work with? “Justin Bieber or Zac Efron,” Jones said. “They’re so cute and everyone in the industry is buzzing about them.”

Erika Wilson works hard for her money. The founder and CEO of Purse Flats, a new collection of “purse friendly” flats for spring ’11, is about to share her success story with the world. Wilson told Insider she won a spot on the TLC reality show “Homemade Millionaire,” hosted by Kelly Ripa, as part of a fashion-themed episode airing Nov. 1. “Hopefully the publicity from the show will help Web traffic,” said Wilson, whose primary job is with a Fortune 100 company as a full-time patent attorney.