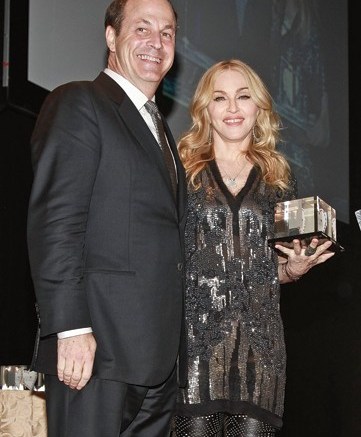 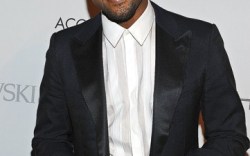 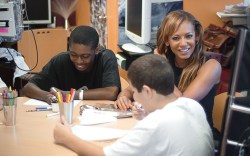 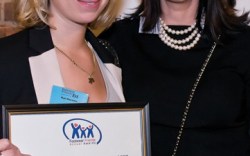 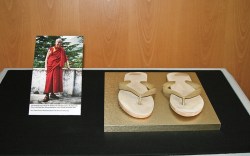 Forget living in a material world: Madonna was all about giving back at the Fashion Delivers charity gala last week. Decked out in up-to-there Stella McCartney stretch boots, the superstar took the stage at the Waldorf Astoria to introduce Fashion Delivers honoree Neil Cole, who is also her partner on the Material Girl collection. “He is a man who gets things done,” she told several hundred fashion insiders, including Kenneth Cole, LF USA’s Rick Darling, MMG Inc.’s Allan Ellinger and honorees Tommy Hilfiger and Liz Sweney of JCPenney. “Thanks, [Neil], for making the world a better place.” Though Madonna joked that she, Cole and their lawyers had logged plenty of time together, Cole admitted he still gets a bit starstruck. “It’s amazing to be handed this award by the biggest entertainer of our generation,” he said. For Hilfiger, who was introduced by Macy’s CEO Terry Lundgren, the gala was the last in a week-long marathon of fashion events. Next up, he said, is a tour across Europe, where he’ll make stops in Paris, Copenhagen and London. “It’s been like a six-day [wedding],” he said of the week. “[But] it’s fun. I love doing it.”

First the spice, now the dazzle. Melanie Brown, a.k.a. Mel B. of the Spice Girls, is following in the footsteps of Kristen Bell and Kristin Cavallari as the latest celebrity guest designer for ShoeDazzle.com. For her creation, Brown used rhinestones to bling out the heel of a nude pump. “It was kind of a no-brainer,” Brown said of the collaboration. “I get to design and help people out.” All of Brown’s work with the site — from meeting with company co-founder Kim Kardashian to putting the finishing touches on her bejeweled creation — was featured on her Style network reality show, “It’s a Scary World.” In a recent episode, Brown went to the Children’s Hospital of Los Angeles (above) to design her shoe with those who would benefit from its proceeds. “I wanted to get [the kids’] input,” she said. Their requests? “They wanted to make sure it would go with everything. One of the little boys actually wanted the inside to be soft and comfortable, so we put in extra padding.” A portion of the proceeds will benefit the hospital and the Ronald McDonald House.

What do you do when your dad and girlfriend are being spotlighted at two different events on the same night? David Lauren, son of Ralph Lauren and boyfriend of Lauren Bush, decided to create his own version of a wild goose chase, traveling back and forth between the WWD CEO Summit at The Plaza in New York, where his father was speaking, and the Accessories Council Excellence Awards at Cipriani 42nd Street, where Bush was being honored with the Humanitarian Award for her FEED Project. But he managed to do it all, even making it to Cipriani in time to see Kanye West take the stage. West, who was being honored with the Stylemaker of the Year Award, gave a teary speech as he thanked Marc Jacobs for the opportunity to design for Louis Vuitton, but lamented the lack of respect he’s received in the industry. “Fashion breaks my heart,” he told a crowd that included Donald and Melania Trump, Christina Ricci and former “The City” castmates Joe Zee and Olivia Palermo, who presented Henri Bendel with the Retailer of the Year Award. Palermo revealed to Insider that she can’t get enough of Charlotte Olympia footwear, and now that she’s out of a job (or at least a reality TV gig), she’s pursuing a few projects of her own. “I’d rather focus on a documentary-type series,” she said. Meanwhile, Maria Sharapova, in gray slingback pumps, accepted the Brand Collaboration Award for her work with Cole Haan, while Rachel Roy (who was named Brand Launch of the Year for her partnership with Macy’s) kept things a little more casual in oxfords. “I don’t want to fit into a bubble,” she said. “If I’m brave in trying new things, my [customers] will be, too.”

Faces from the British Footwear industry were out in full force last week at London’s Canal Museum to honor the winners of the Footwear Friends Designer Awards. Shoe designer Olivia Morris served as a judge, while industry stalwarts including Lance Clark of Clarks and Stephen Etheridge of Church & Co. mingled, and designer Lynsey Hand spoke about the challenges and successes of her Chinese-made Miss L Fire and Shellys collections. But it was Leslie Gallin, VP of footwear for FN Platform, who really got everyone’s attention when she named the winners of the BFA Magic awards: Beyond Skin, Apsiga and Kat Maconie, which will all receive free exhibition space at the Las Vegas trade show in February. However, it was Maconie (above, with Gallin) who walked away as the night’s big winner, receiving the Footwear Friends award of £5,000 (about $8,000) and a full year’s mentoring. “I am over the moon,” Maconie said. “I am going to use the money to trademark my label in Japan and [the] U.S.”

Toronto’s Bata Shoe Museum is going global. While His Holiness the Dalai Lama was in Canada last week, his North American representative, Lobsang Nyendek, presented the museum with a pair of the Dalai Lama’s worn rubber sandals. “It’s a fantastic opportunity for us because he’s a spiritual leader that everyone recognizes,” Bata director Emanuele Lepri told Insider of the loaned exhibit. “We’re going to be able to educate a lot of people about the Tibetan community.” The sandals will be on display at the museum until Dec. 31.