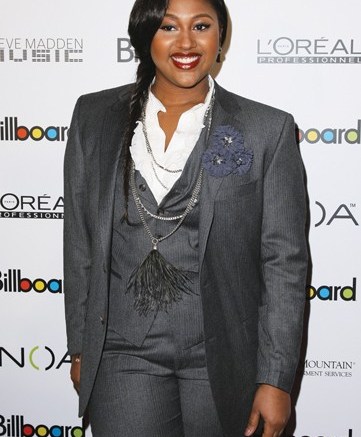 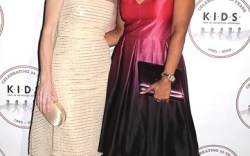 Steve Madden has a knack for spotting talent. The company founder was at the 2010 Billboard Women in Music Awards in New York last week to present the Rising Star award to Jazmine Sullivan (at right), a Steve Madden Music artist. “I love Steve. Everyone he picks blows up,” Sullivan said. “He’s like a good luck charm for me.” Lady Gaga, who was also one of Madden’s artists, received Billboard’s Rising Star honor last year. So who’s next on the footwear mogul’s hit list? “Jared Evan,” Madden said. “He’s going to be the next big thing for our brand and for music.” Fergie, who was on hand to receive the Woman of the Year honor, talked about what was on her Christmas wish list. “Days off,” she joked.

Now that Selfridges has built its shoe temple, director of accessories Sebastian Manes is casting his eye to British and Japanese design schools in search of new names. Hot on the heels of discovering Royal College of Art grad Chau Har Lee — who recently replaced Brian Atwood at Bally — Manes also unearthed Kei Kagami, who hails from Japan. “His designs have been displayed in museums,” said Manes, who was in New York for the FN Achievement Awards. “He’s just an amazing designer.”

Blake Nordstrom, meanwhile, has been dreaming of opening shop in the Big Apple. Nordstrom Rack bowed in New York’s Union Square this year, but the company remains on the lookout for a spot for a full-scale location in the city. “Do you know of any available spaces?” Nordstrom joked. Though no plans have been made to set up shop, he did say a minimum of 175,000 square feet would be ideal. “It’s amazing how much business is done in this town, and it’s a premier market that we’d really like to be a part of.”

Meanwhile, Lord & Taylor is gearing up for another makeover. CEO Brendan Hoffman said the revamp of the New York flagship has prompted plans to update the Manhasset, N.Y., store in 2012. Last week, the firm also said it would open a unit in Yonkers, N.Y.

Like her good friend Oprah Winfrey, Gayle King tells it like it is. While hosting the K.I.D.S. 25th anniversary gala in New York last week in a pair of glittery Christian Louboutin pumps, she admitted to Insider that beauty knows no pain. “[These shoes] make me feel like Cinderella, but I may be crippled by the end of the evening. But that’s OK,” said King (below with Food Network chef Sandra Lee). Footwear was at the center of the event, where Soles4Souls founder Wayne Elsey received the 2010 Humanitarian Award, one night after picking up FN’s Philanthrophy honor. “Wayne’s an infectious guy,” said Cole Haan’s president of global sales, Tracy Smith, who presented the award. In front of a packed house at Cipriani in midtown Manhattan, Elsey pledged to donate another $2 million in footwear to be distributed by K.I.D.S. in 2011. — With contributions from Jocelyn Anderson, Gerald Flores, Barbara Schneider-Levy and Michelle Tay