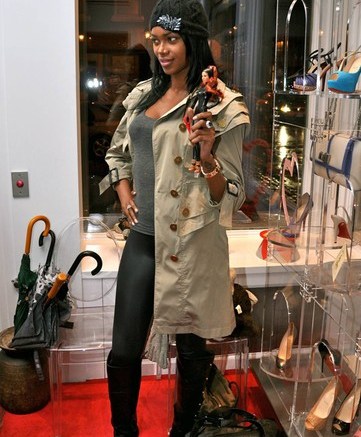 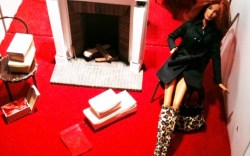 All Dolled Up
Christian Louboutin’s New York stores hosted two events this week to celebrate his collaboration with Mattel’s Barbie dolls and present his newest designs for spring.

At the designer’s Madison Avenue location, for every pair of shoes purchased, consumers walked away with a Barbie outfitted in one of Louboutin’s miniature shoes, made for the doll’s 50th anniversary.

Anna Condo was just one of the women shopping the looks at the event (another soirée was held the day before at the Horatio Street store). Condo said she has been a fan of Louboutin’s stylish shoes for many years and actually considers him a close friend after meeting him in Paris through a mutual acquaintance.

“There is something for everybody,” Condo said while showing off the Barbie-inspired hot-pink pumps she was wearing. “They’re extremely well made, they’re very feminine, and [Louboutin] loves women — you can tell.”

Erina Matsubara, who was vacationing from Japan, told Insider she just had to stop by the store when she saw the Barbie display in the window. And while she was there, Matsubara planned to buy some open-toe nude heels — her first pair by Louboutin. “They’re really comfortable, and I love that they’re interesting and unique,” she said.

Game Changer
Winter weather hasn’t really been in the forecast at the 2010 Olympic Games in Vancouver, which wraps up with the closing ceremonies this Sunday.

Rhode Island-based couple Nicole LeBlanc and Aaron Bertrand seconded the sneaker vote, citing the casual nature of the city and the immense amount of walking the environment- and traffic-conscious organizers have made mandatory. “There has been no need to wear anything but sneakers and Uggs,” LeBlanc said. “Vancouver decided to go green for these Olympics, [meaning] there was basically no car travel allowed, and everyone used public transit, which meant walking from place to place and waiting in long lines. Comfort was key, and support was [too].”

But sadly for shoe dogs, footwear can’t claim the title of top accessory at the games. That honor goes to the red mittens with the Olympic logo and Canadian maple leaf, which have reportedly caused hours-long lines at The Bay, the games’ official retailer. (It could also go to the diamond sparkler LeBlanc is now wearing under her official Olympic mittens: Insider’s sources got engaged on the big screen during the women’s 5,000-meter short-track match.)