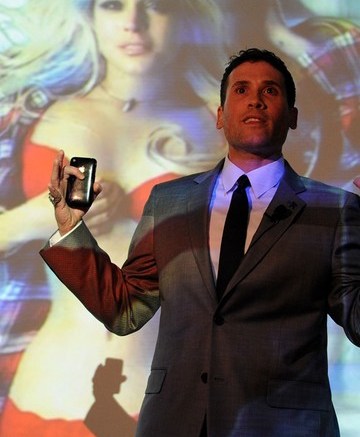 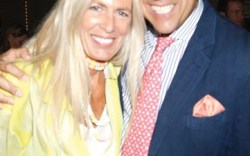 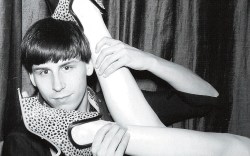 Model Behavior
Lindsay Lohan and R2-D2, the robotic star of “Star Wars,” have more in common than one would think. At least, they do if you’re Marc Ecko. The designer turned to both the Hollywood starlet and the sci-fi character for the inspiration behind his most recent ad campaign, which relies on new uses of multimedia and print advertisements. Blending technology inspired by R2-D2’s ability to project holograms, Ecko has developed a fall promotion that features a 3-D Lohan acting out skits shot by Markus Klinko and Indrani of Bravo’s “Double Trouble.” As for the 24-year-old actress’ recent stint in jail and current court-mandated rehab, Ecko said he isn’t worried about any of it hurting his company’s image. “Other brands have had provocative and controversial endorsers, and I don’t cast discursions on people for life happenings,” he told Insider. “It happens to the best of them: Ray Charles, Frank Sinatra, Robert Downey Jr. — and look at Tiger Woods. This is America, we forgive.”

Moving Day
During show season, wherever you see Sam Edelman, wife and partner Libby typically isn’t too far away. And vice versa. But don’t expect to see the power couple during this month’s FN Platform show in Vegas. Libby Edelman has decided to stay back in New York so she can move the family home from Manhattan’s Upper West Side to a new condo penthouse in Chelsea. (The couple reportedly dropped more than $2.3 million on the space earlier this year.) “Sam doesn’t do moves,” Libby Edelman joked with Insider, “so he’ll handle the shoe show.”

When in Rome
Up-and-comer Jerome Rousseau is on a roll. The Los Angeles-based designer last week wowed the judges at the Italian Vogue and Yoox-sponsored “Who Is On Next” competition in Rome, winning a Yoox capsule collection of five SKUs for spring ’11. But the jury — which included Vogue’s Mark Holgate, Italian Vogue head Franca Sozzani and Saks’ Terron Schaefer — kept Rousseau in the dark until the awards ceremony. “I didn’t realize I’d won until I was on stage being congratulated,” he told Insider. “We couldn’t hear backstage!”

Break Time
Blowfish’s Stephen Hoyt and Don Weiss are ready for a much-needed vacation. Though they just wrapped up FFANY and are headed into a busy market season, the duo said they are eyeing some R&R at the end of the month. Weiss revealed he’ll be taking his first vacation since founding the juniors’ line in 2006, and will spend it in Saint-Tropez, France. Meanwhile Hoyt will head to his vineyard in Malibu, Calif., just in time for the harvest season.