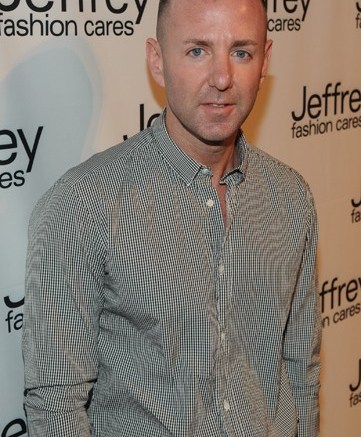 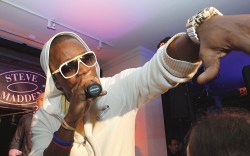 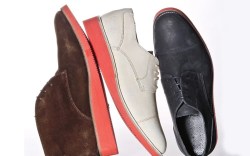 Reality Row
It was a very fashionable night aboard the USS Intrepid in New York last week, and reality TV stars were out in full force, touting their footwear choices for the evening. Jeffrey Kalinsky, president of the Jeffrey stores in New York and Atlanta, hosted his seventh annual Jeffrey Fashion Cares event, which attracted 1,200 guests and raised more than $525,000 for charities including the Lambda Legal Defense Fund and Gay Men’s Health Crisis. Insider caught up with Kalinsky (at right) to ask about the unusual venue choice. He replied, “[The co-chairs] had the courage to go bigger and better. I’ve gotten a little more conservative in my old age, so I applaud their big thinking.” Also on hand was stylist and TV personality Carson Kressley, who raved about the Prada shoes he was wearing. “I wish I bought more because they’re so fabulous,” he said. “I wear them with jeans, I wear them with tuxedos, I wear them with basically everything but a swimsuit.” Jaslene Gonzalez, model and season eight winner of “America’s Next Top Model,” was attending for the second year in a row, this time in black pumps by Jeffrey Campbell. Insider also got a little face time with Bravo’s newest New York housewife, Sonja Morgan. The ex-wife of John Adams Morgan (great-grandson of financier John Pierpont Morgan) dished about her favorite high-end footwear brands — Yves Saint Laurent, Christian Louboutin and Dolce & Gabbana — but said her best stilettos get worn season after season. “I’m old money, but I’m cheap,” she joked. “I repair those holes and am always going to the shoe repair guy to put on new soles.” As for the show, Morgan said audiences should be wowed when she makes her first appearance next month. “I bring a whole new kind of socialite glamour,” she said. “My friends call me ‘Mae West’ because I’m all about sex. I’m the sexy kitten on the show.”

Serenade
Steve Madden celebrated his 53rd birthday in style last week at the Steven by Steve Madden outpost in New York’s Lower East Side, with a performance from pop singer Iyaz. According to Iyaz, playing in Maddenland was a natural fit, since the two share a common sensibility. “His shoes are about having fun, and my music is about having fun. It was a perfect match,” the performer told Insider. Madden, fresh from a Steve Madden Music showcase at the South by Southwest festival, was serenaded by a crowd of nearly 100, singing a spontaneous rendition of “Happy Birthday.”

Top That
Topman tapped Oliver Spencer to create two exclusive footwear styles for its London and New York flagship stores, hitting shelves May 10. Topman Design Director Gordon Richardson said the fashion-forward styles should resonate with customers. “When we first saw them, we were all like, ‘oh,’ but now we’re all wearing the samples around the office, and that’s a true test of something.” In fact, Richardson said this could be the start of more footwear collabs. “It would be good to do a smarter traditional shoe — a dress shoe or a brogue.” — With contributions from Jocelyn Anderson, Gerald Flores, Kristen Henning and Marcie Young