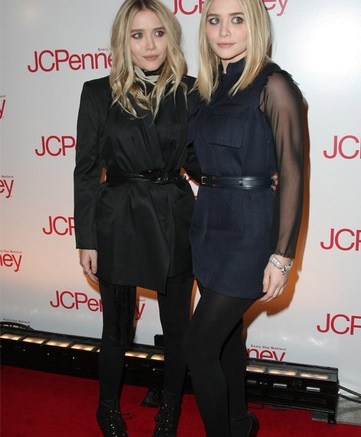 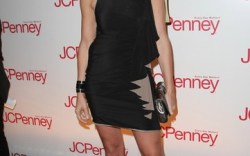 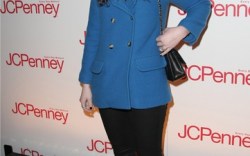 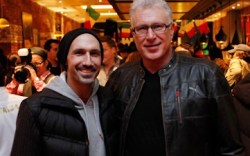 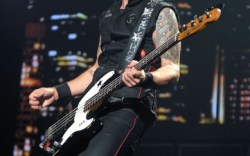 And the Winner is…
New York’s Lincoln Center hosted a bevy of celebs this week — including Cindy Crawford and Mary-Kate and Ashley Olsen — at the JCPenney bash to celebrate new ads slated to air during the Academy Awards telecast. Insider asked Lorraine Hitch, SVP and GMM of family footwear, about her picks for spring. Hitch said her go-tos were caged-toe sandals, exotic skins and metallics, but she wasn’t so certain when it came to her picks for the upcoming Oscars. “I have no idea who’ll win,” she said. “When it comes to the office pool, I’m a zero.”

Game On
Insider ran into Puma North America head Jay Piccola in New York last Thursday at the brand’s kickoff celebration for its Italian soccer kit (which includes the new Powercat1.10 soccer boot that hit the market last week). The exec said he was feeling ultra bullish about the upcoming World Cup, with the potential for strong sales of footwear and apparel across the U.S. Of course, he added, that comes with its own cost: a tough sales mark to replicate the next year. But Piccola said the company is already planning for 2011 with such an issue in mind. “We used to just about break our arms patting ourselves on the back,” he said, “but we know better now.”

Green Guy
As if Mike Dirnt’s collaboration with Macbeth Footwear weren’t enough of a draw, the Green Day bassist has donated his royalty proceeds from the sales of the shoes to Soles4Souls’ relief efforts in Haiti. “I am so happy to have the opportunity to work with the good people at Soles4Souls and Macbeth on this charitable initiative,” Dirnt told Insider. “We hope our donation can help — even if only in a small way — to make a difference in the lives of some of those who have been devastated by this horrendous disaster in Haiti.”

People of Earth
Celebrities Jeremy Piven, Lo Bosworth, Daryl Hannah, Kelly Hu, Rebecca Mader and surfer David Rastovich turned out last week to celebrate the Academy Award-nominated documentary “The Cove,” as well as Sanuk’s Rasta eco-friendly footwear launch, a collaboration with Rastovich, who stars in the film. Donavon Frakenreiter provided the tunes at the party, with a little help from Piven on the drums. “It’s great to have so many influential people come out and support the environment,” said Sanuk founder Jeff Kelley. “David Rastovich’s involvement in ‘The Cove,’ combined with our product’s 100 percent sustainability — it just all came together very organically.”

High Bidder
From embellished heels to statement necklaces to colorful handbags and even a guitar, attendees had their pick of auction items last week at the Accessories Council and Lord & Taylor’s Eighth Annual Shopping Soiree. Christian Siriano, Michael Kors and Rachel Roy were just a few designers who had items on display at the event, held at the Fifth Avenue store in New York. Insider caught up with Lord & Taylor EVP and GMM of apparel, accessories, shoes and cosmetics Liz Rodbell, who said she had her eye on the brown crocodile clutch by Nancy Gonzalez. “I haven’t made a bid yet, but I’m going up there,” she said. Also in attendance was Faryl Robin Morse, who walked away with a Kodak EasyShare camera, after winning the raffle. As for her favorite item up for grabs, she said, “I’m dying to have the Gibson guitar. We’re learning [to play] at our house.” The full proceeds from the guitar went to Haiti relief efforts, while 10 percent was donated from all other items. The remaining proceeds will support council initiatives.

Window Dressing
Steven Dann is rolling out the red carpet at his Great Neck, N.Y., store with a window display dedicated to the Academy Awards ceremony. With the glamorous event just around the corner, Dann created a special setup that includes larger-than-life Oscar statues and favorites from the spring collections, such as Casadei and Giuseppe Zanotti. “I wanted my customers to walk by and feel like they could be a part of the Oscars on the East Coast,” Dann told Insider. “I’d like them to have that red-carpet moment whenever they leave the house. To me, the Oscars are a great time of year for style.” The display, which will remain until after the awards broadcast on Sunday, has been turning heads: Sales have been up and the foot traffic has increased in the past few weeks, Dann said.