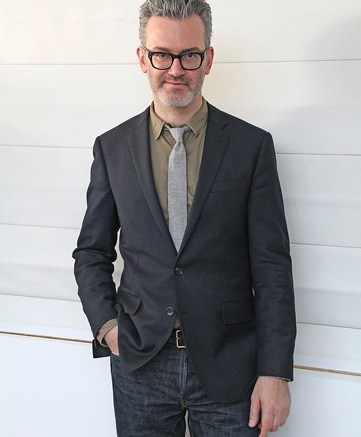 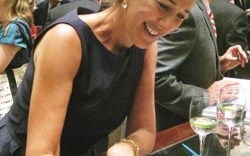 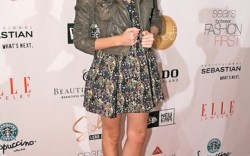 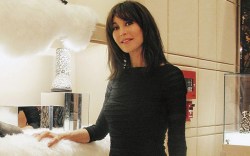 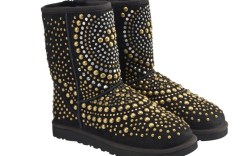 Kickin’ It
J.Crew is better known for knits, but could kicks be the next big thing? The prep-chic store’s exclusive New Balance 1400s are hitting shelves Nov. 1 and could give the retailer a serious injection of sneakerhead cred. “You can wear [them] jogging along the West Side Highway, as well as with jeans or a suit,” said Frank Muytjens, J.Crew’s head of men’s design and a self-professed sneaker freak. The made-in-the-U.S. men’s styles, which Muytjens said were sleek, versatile and worked well with J.Crew’s classic apparel mix, come in bottle-green, deep-blue and black. They will retail at select J.Crew locations, including the new men’s store in Boston’s Copley Place, and online at Jcrew.com. But it’s not just the shoes catching editors’ eyes: Muytjens has been creating buzz of his own with a dapper photo spread in this month’s GQ. “My mom liked it,” he said.

Prep Rally
Note to all WASPS: Don’t worry, the preppy footwear looks of yesterday are still going strong today. “That’s what is great about it. [Loafers and boat shoes] are timeless and classic,” said Bravo TV producer and Hamptons regular Andy Cohen during a Brooks Brothers event last week to fête “True Prep: It’s a Whole New Old World.” The book is an update on upper-crust style by Lisa Birnbach (at left) and Chip Kidd. Though little has changed in yuppy fashion since Birnbach co-authored “The Official Preppy Handbook” 30 years ago, the New Yorker said it’s critical to keep a few key looks in the closet. “Sperry Top-Sider boat shoes, obviously,” she said, noting that loafers by Cole Haan and Tod’s, and ballet flats by Manolo Blahnik and Chanel are also musts. “And a classic mid-height pump. If it’s any higher, you can’t run down the dock.”

Scene City
Talk about becoming the story. Fashion journalist Louise Roe has traded in her press badge for time in the spotlight, appearing on MTV’s “The City” and hosting the makeover show “Plain Jane” on The CW. And playing the fashionista role has been more important than ever. “I’m already 5’9,” but I wear really high heels,” said Roe, who hosted a party last week showcasing Bebe’s spring collection. “I have to look for taller boys.” Though Roe said she typically favors stilettos from Giuseppe Zanotti and Camilla Skovgaard, she’s turned to the king of fast-fashion to outfit the girls on her show. “Steve Madden makes a lot of platforms,” she said. “[They] are easier to walk in and have [fun] pops of color.”

Brand Picks
Even style gurus have to shop from time to time. And when Insider caught up with Lane Crawford fashion director Sarah Rutson on Fashion’s Night Out, she was doing just that. “I live in heels,” she said, as she meandered through Jeffrey New York, looking for additions to her ever-growing shoe collection. Though her top pick for summer is the Prada thong “in every color, every day,” Rutson’s must-have list isn’t dominated by the big luxury names. Nicholas Kirkwood (“a serious genius”), Jerome C. Rousseau, Tabitha Simmons and Brian Atwood all score top marks. “[Atwood] continues to refine his vision,” she said. “He’s in a strong place.”

Buying Game
Ready, set, buy. Since the collaboration between Jimmy Choo and Ugg Australia was unveiled last week, the product has received some major placement for pre-sale reservations, including on Bergdorf Goodman’s homepage and at Saks Fifth Avenue, even though the official launch isn’t until Oct. 21. While the brand wouldn’t reveal the number of pre-orders, Jimmy Choo founder and chief creative officer Tamara Mellon confirmed the excitement: “[The reaction has been] amazing. Everyone loves the Uggs,” she told Insider. Lincoln Moore, fashion director for women’s accessories, shoes and jewelry at Saks, said that due to the strong performance nature of both brands, it was a natural move to hype up the studded and blinged-out boots. “Our customers come to Saks in search of shoes that fit every aspect of their lives,” Moore said. “Whether you love zebra prints, fringe or studs, one thing is for sure, you won’t be wearing these boots to lounge around the house.”