Insider: From Simpsons to Shoes… Diego the Icon 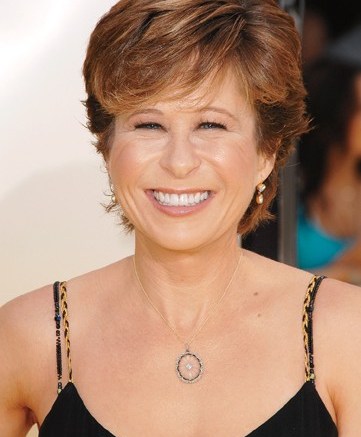 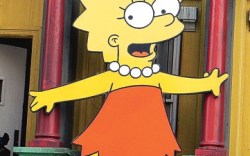 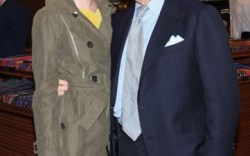 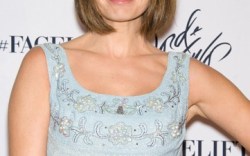 Out of Character
After two decades wearing Lisa Simpson’s Mary Jane styles, Yeardley Smith has some footwear ideas of her own. The Emmy-winning actress and voice of the middle Simpson child is stepping into the footwear business with her own fashion-comfort line, Marchez Vous YS. “Ever since I was old enough to dress myself, I’ve always had an idea of what goes well together,” she told Insider. “I’m a ferociously creative person. I need to feed that beast.”

Despite having no formal design background, Smith is taking the creative lead, handpicking materials, colors and details and has tapped anonymous industry experts for technical guidance. “I burst into tears when I saw the first 14 samples in Italy,” she said of the debut fall ’11 line, which incorporates heel-to-toe insoles and is set to retail for $250 to $500. (A portion of the proceeds will go to the Marchez Vous YS Foundation: Women Helping Women, which supports microfinance institutions around the world.)

Smith added that the line should appeal to a broad customer base. “It’s [for] women who feel half their age and have much to do,” she said, noting she’ll debut the line at FFANY next month. “They want fantastic shoes they [can wear] to soccer games and board meetings and look like hot shit.”

Grand Jester
Diego Della Valle may be a serious investor, but he’s also quite the joker. The Italian executive was in a playful mood at Barneys New York, where he was being fêted last week as the recipient of Fashion Group International’s Brand Visionary Award. When asked about the honor, he joked: “You mean my brother, Diego, right?” Della Valle (below with actress Elizabeth Banks) continued to quip that he didn’t know what he had done to deserve the award, but did admit he’s fond of the “visionary” title. Barneys Creative Director Simon Doonan said “icon” wouldn’t be far off, either. “[Della Valle] is a fascinating person, involved in so many things and is a cultural icon. While Tod’s has a magical consistency, it is always luxurious and a great business for us.” Last month, Della Valle also overtook Mexican businessman Carlos Helú as Saks Fifth Avenue’s largest single shareholder and said he would certainly do a little shopping there while in the city. “Saks and Barneys are my favorite,” he said.

Step On Up
When it comes to Lord & Taylor’s shoe floor, bigger is better. “[It was] the first thing we expanded, by 50 percent in square footage,” said the retailer’s EVP of merchandising, Liz Rodbell, of the firm’s massive flagship revamp. All the better to host Steve Madden, Jones Group CEO Wesley Card and New York Mayor Michael Bloomberg, who toasted the unveiling of the store last week among a sea of boots — a category, Rodbell said, that is “on fire.” Not that supermodel and former “America’s Next Top Model” judge Paulina Porizkova (at left) would know anything about that. “I’m such a moron when it comes to clothing [and accessories],” she said, noting that makeup gets top marks in her book. “Honestly, I’ll put whatever the hell I can find on my foot, as long as I can walk in it!” Of course, the cosmetics floor, which was expanded by a third, was her next stop.

Special Delivery
The Fashion Delivers Charitable Foundation is all about the do-gooders. Iconix Brand Group CEO Neil Cole is being honored this week alongside designer Tommy Hilfiger and JCPenney exec Liz Sweney for paying it forward in the fashion industry. “Tommy [and Liz] are friends, so sharing the stage with [them] will be great,” said Cole, hinting that a surprise guest from his long roster of partners — which includes Britney Spears, Madonna and Audrina Patridge — could bring some added excitement to the Wednesday event. But the award isn’t the only reason Cole has been in the spotlight recently. Reports of a business deal between him and brother Kenneth Cole have simmered as of late, but the Iconix head assured Insider he’s still very much in communication with his older sibling. “I did read that [we] aren’t talking,” he joked. “But I spoke to him this morning.”

Slam Dunk
Members of the American Apparel & Footwear Association are passionate about more than just fashion. While honoring Women’s Wear Daily’s 100th anniversary last week, organization President and CEO Kevin Burke told the crowd he’d keep the program short so AAFA Chairman Killick Datta could watch his beloved L.A. Lakers get their championship rings. Still, Datta (at far right with WWD Editor-in-Chief Edward Nardoza and Burke) lamented that his schedule often keeps him from seeing games at the Staples Center, where he has season tickets. “I’ll [be traveling] and have to miss one of the biggest games of the season,” he said of the rivalry matchup between the Lakers and Miami Heat next month. And despite the attendance of Celtics fanatic and AAFA footwear chair Bernard Leifer, the smack talk was checked at the door. “There’s a lot more competition in the room,” he joked, “and not just in basketball.”

Talking Shop
Rag & Bone is on a retail rampage. After opening on Oct. 23 in Tokyo’s Harajuku district — the high-end brand’s first store outside New York — the team quietly added a new Manhattan location on the Upper West Side last weekend. And there’s more to come, said co-founder David Neville during last week’s party to launch Rag & Bone’s two-season collaboration with Timberland. Neville hinted that Boston could be next on the retail roster, but he wouldn’t divulge details on a potential New England shop. Still, he said, there’s no place like home. “New York suits us well,” said Neville, who is based in the city. “It has four seasons and a European sensibility.” — With contributions from Jennifer Ernst Beaudry, Barbara Schneider-Levy and Michelle Tay