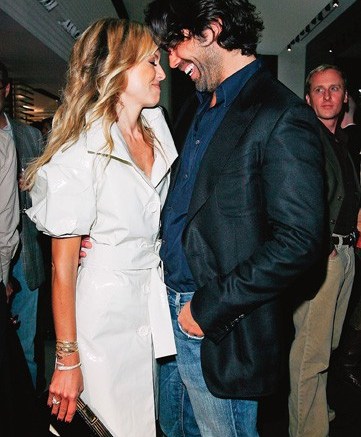 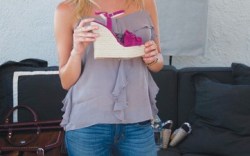 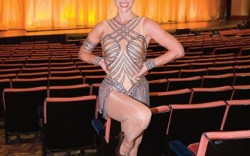 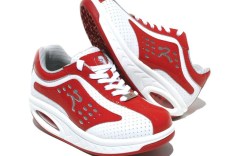 Friendly Affair
Rachel Zoe and Brian Atwood are friends with benefits, but not in the way you might think. The celebrity stylist and the in-demand designer have been close for nearly 15 years, and now Zoe is counting on Atwood as a mentor as she launches her own collection of shoes, along with apparel and accessories. “I’ve learned [from Brian] just how intricate [shoe design] is and how important it is to pay attention to every detail,” Zoe said. “It’s a complex process, for sure.” But she has been sure to return the favor, giving Atwood’s shoes several shout-outs on “The Rachel Zoe Project” this season and even showing up at his Milan design studio in a recent episode. “We’ve really supported each other as peers over the years,” she said. “He’s like a second husband.”

Fashion Face-off
Although they were reality TV rivals, Kristin Cavallari (below) seems to have found something in common with Lauren Conrad. While Conrad has been building her exclusive clothing collection with Kohl’s, Cavallari is testing her footwear knowledge as a guest designer for ShoeDazzle.com. (The proceeds from the project will benefit charity One Kid One World). “I’m obsessed with shoes,” said Cavallari, who will design a brightly colored wedge for ShoeDazzle’s summer ’11 collection. “I eventually want to have my own shoe line, so this is perfect for me to get my feet wet and ease into the process.” Conrad, meanwhile, has yet to enter the footwear game, but could Cavallari’s new designs light the fire? And it doesn’t stop there. Conrad’s friend and former co-star Whitney Port also has her eye on a future in the business. While showing her Whitney Eve line at the Piperlime pop-up shop in Soho last week, Port said she definitely has plans to design shoes “someday.” Wearing peep-toe booties by Cynthia Vincent, “The City” star dished on the designers she admires, including Alexander Wang, Isabel Marant and Rachel Comey. Who will be the first to enter the biz? Only time will tell.

Center Stage
Cue the music: The Rockettes are ready for another turn in the spotlight. Known for their leggy moves, the performers spent time off-stage last week shooting Nine West’s holiday campaign, trading in their classic dance shoes for bedazzled looks. “I feel most comfortable in heels,” said Melissa Hillmer, an 11-year Rockette veteran. Though Hillmer (at right) said she favors pumps over flats in her everyday life, avoiding pain is key when it comes to those complicated dance routines. “It’s a mix between [glamour] and comfort,” she said, noting that all Rockettes sport 2 1/2-inch heels. “We do test out the shoes, [and see] what materials work. [We don’t want] any mishaps onstage.”

Star Attraction?
Sexy stilettos have logged plenty of screen time in blockbuster hits, but now rocker-bottoms are ready for their moment. Wellness brand Ryn is making its Hollywood debut next summer on both the small and big screens. The brand will appear in the upcoming film “Dolphin Tail,” which begins shooting this week in Clearwater, Fla., with stars Morgan Freeman playing an eccentric doctor and Ashley Judd as a nurse. Both will be doing their rounds in the Nazca rocker-bottom (above), a favorite among the real-life medical crowd. The brand also will have a cameo on the next season of “True Blood,” where the cast is being fitted in the Nazca, in red, naturally.