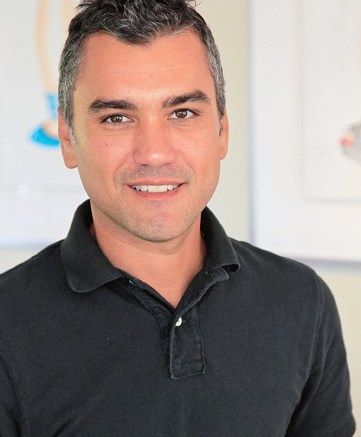 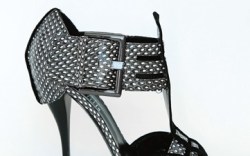 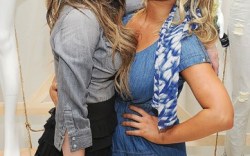 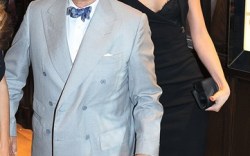 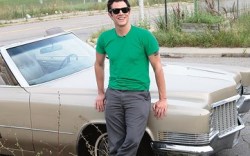 Hello Again
Edmundo Castillo is back. The former Sergio Rossi designer is reviving his namesake collection for spring ’11 after shuttering the label more than five years ago. “It feels great to be in my own shoes again,” he told Insider during an industry-only preview before New York Fashion Week. Castillo, who left Sergio Rossi in 2008 and has since been working with Italian firm Santoni, said relaunching the line allows him to express his full design vision. “Shoes needed to go on a diet,” he said. “There was a lot of a lot for so many seasons, and I wanted to go back to styles that were sexy and timeless.” The collection spans flat espadrille sandals to viper-skin stilettos and is expected to peak around $1,500 at retail.

Family Reunion
Friends and family event, indeed. Jessica Simpson looked no further than her immediate circle for models to walk during last week’s fashion show featuring her new jeanswear line. Sister Ashlee Simpson and longtime pal Cacee Cobb — not to mention Simpson’s mother, assistant and publicist — took a turn on the runway in the Jessica Simpson showroom, while brother-in-law and Fall Out Boy bassist Pete Wentz manned the DJ booth. Decked out in a denim dress and blue patent cork platforms, the singer-turned-designer played MC for the night and revealed to Insider that her Southern roots have influenced the collection’s aesthetic. “I like to be classic and feminine,” she said, “but I am partial to jeans and vintage T-shirts. I’m a Texas girl.” Though the Simpson sisters have different fashion sensibilities — Ashlee favored a black denim button-down from her older sibling’s line — having a common shoe size has been a perk. “I wear more flats than she does, [but] I’ve probably ruined a lot of her shoes,” Ashlee joked.

High Kicks
Clothing, step aside. Stilettos are getting a spotlight of their own. Footwear designers who got a sneak preview last week of “Shoes,” a musical and dance revue at London’s Sadler’s Wells Theatre, have given the production two thumbs up. “I was completely blown away,” said Terry de Havilland, whose designs were included in the more than 250 pairs that danced across the stage. “It was witty and adorable, and I was amazed to [see the cast] dancing so well in my platforms.” Salvatore Ferragamo, Dr. Martens and Ugg are the subjects of dedicated songs and scenes, but it was the cast’s appearance in full nuns’ habits singing Gregorian-style chants for Manolo Blahnik, Jimmy Choo and Christian Louboutin that had the audience, including Georgina Goodman and Beatrix Ong, laughing.

Liberty for All
Longtime Liberty of London fan Manolo Blahnik is getting some serious love from the retailer. The designer was the man of the hour at last week’s “World of Manolo party,” hosted by Liberty Managing Director Ed Burstell and British Harper’s Bazaar at the London flagship. Guests were given a first look at the designer’s pop-up shop, including nine limited-edition shoes in archived Liberty prints, which Burstell told Insider were “highly collectible.” Blahnik’s niece, Kristina Blahnik (at left with the designer), was the architect of the space, based on a Victorian paper theater. “I’ve probably had 3,000 e-mails on the project and now know just about everybody that works [at Liberty],” she quipped. The attendee list included Vanity Fair’s Michael Roberts, who praised the Blahnik and Liberty collaboration. “It shows that Manolo is still modern after all these years,” he said. The shop is open through December.

Boots are Made for Walking
Johnny Knoxville is more than just his “Jackass” persona. The stuntman and producer teamed up with Palladium Boots to take an off-the-beaten-path tour of Detroit’s abandoned architectural and cultural scene in the footwear firm’s latest urban exploration documentary, “Detroit Lives.” “We really wanted to portray [Knoxville] in a serious light,” Palladium VP of marketing Barney Waters said during last week’s New York premiere. “He was really engaged.” Waters added that the series subtly weaves Palladium shoes into an artistic piece of entertainment. Said Director Thalia Mavros, “It worked well because there are actually very [few] shots of boots. People are smart; they don’t need a product shoved in their faces 20 times.”

Night Life
Fashion’s elite brought an extra spark to New York Fashion Week Friday with the second annual Fashion’s Night Out. Big hitters, from Tamara Mellon to John Varvatos, stepped out to mingle with consumers and, of course, drum up sales during the global shopping event. Jimmy Choo and Ugg unveiled their long-anticipated collaboration, while Brian Atwood spent the evening playing DJ at Bergdorf Goodman, where Nicole Richie, Laurence Dacade and Tom Ford stopped by. Downtown, Nicholas Kirkwood held a sketching session at Jeffrey New York and the Pour La Victoire designers offered fashion tips at Bloomingdale’s in Soho. Earlier in the week, styles by Giuseppe Zanotti — red suede platform wedges (above) — and Alexandre Birman made it down the runway during Fashion’s Night Out: The Show, a public event styled by former Vogue stylist and footwear designer Tabitha Simmons. For more coverage of FNO’s footwear happenings, visit WWD.com/footwear-news.