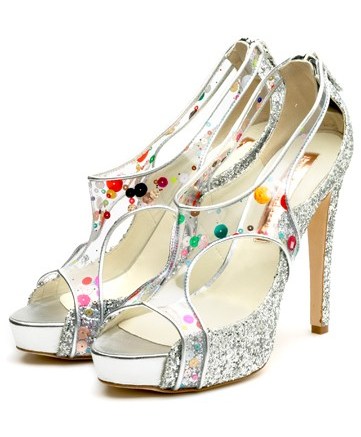 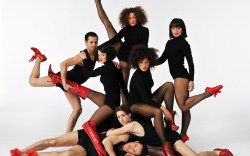 Happy Feet
So you think you can dance? Rupert Sanderson does. The designer will offer shoppers dancing lessons in his archival styles at his Mayfair shop for London’s Fashion’s Night Out next Wednesday. The designer also will go head-to-head in a dance-off with Donald Waugh, star of the 1970s flick “Bugsy Malone.” To really get your groove on, Sanderson told Insider it’s important to find  “shoes that match your hair color so they don’t clash when you’re high kicking,” he said. Shoppers will also be able to browse the latest collection and take advantage of one-night-only discounts.

Low-Key Luxury
Designer Michael Bastian thinks the luxe world is heading into quieter times. “In my opinion, the luxury market is turning away from the obvious — meaning everything over done, over logoed — and returning to something more personal and real,” he said. “I like to think people are still spending money, just buying less but buying better.” To usher in this new era of understated elegance, the designer has teamed up with flip-flop brand Havaianas to produce the four-style Michael Bastian for Havaianas Collection, which will debut at New York Fashion Week as part of Bastian’s runway show. “We had used a lot of Havaianas in the past summer runway shows,” Bastian said. “When they approached us to do something special for spring ’11, we jumped at the chance.”

In other Havaianas news, the company has produced an exclusive flip-flop for Barneys New York for Fashion’s Night Out, designed by Barneys Creative Director Simon Doonan. Customers who purchase the $28 sandal also get the chance to ask Doonan any question of their choosing at the shopping event on Sept. 10.

Sin City
Paris Hilton’s recent trip to Las Vegas wasn’t all fun and games. Just one week after chatting with Insider and promoting her spring line at the FN Platform show, the socialite turned designer was arrested on the strip and later charged with drug possession. What does this mean for the brand? Howard Bragman, founder and CEO of the Fifteen Minutes agency and a longtime Hollywood publicist, told Insider she’d better shape up. “Paris has never been a goody two-shoes, and the bad girl image has been appealing,” he said. “But she has to stay out of legal jeopardy so that corporations who make buying decisions want to be in business with her.” According to news announced last week, Hilton was also banned from the Wynn and Encore resorts, where her boyfriend Cy Waits was released as a managing partner for the nightclubs. The Paris Hilton footwear brand was unavailable for comment as of press time.

Dirty Dancing
Put your dancing shoes on. The latest production from London-based Sadler’s Wells is placing footwear in the spotlight, with its play “Shoes,” featuring a music and dance numbers highlighting everything from red soles to Crocs (and incorporating more than 250 pairs of shoes in total). Also in the limelight is a dance number devoted entirely to Salvatore Ferragamo. “Every morning, everybody everywhere has to put on some protective material on their feet, but human beings have turned function into art,” said composer and writer Richard Thomas. “It’s a great subject that affects all people, regardless of what they actually think of shoes.” Also included is a number named “Desire: The Brand,” but Thomas remained hush-hush on what footwear would make the cut. The show will run through Saturday at the London dance theater and is set to hit New York by next year.

Toning Tally
The votes came pouring in late last month, when Footwear News asked the industry “What do you think of toning shoes?” It was a common question heard among brands and retailers at the trade shows this season, where the responses were mixed. And it was no different in FN’s online poll. The early read was that the trend is slowing down, but thanks to a late voting surge, led by (ahem) a few brands that dabble in toning styles, the tally soon turned to a more positive outlook. By press time, 44 percent of participants said that the toning movement “will continue to climb,” 33 percent said it’s “stalling out,” 17 percent had no interest in it whatsoever, and 6 percent were feeling really bullish, that “nothing can stop it.”