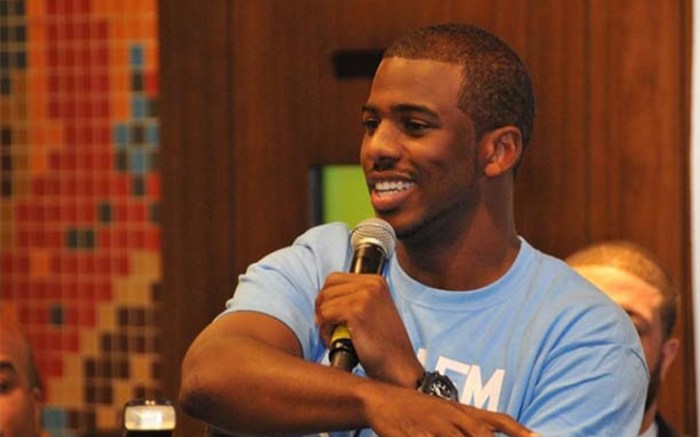 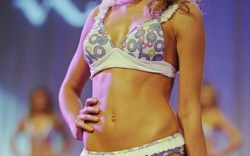 Good Karma
For New Orleans Hornets player Chris Paul, what goes around comes around. The NBA all-star, who was in New York’s House of Hoops by Foot Locker promoting the Jordan Brand’s “For the Love of the Game” campaign at last week’s World Basketball Festival, told Insider about his lost-and-found relationship with his favorite pair of Air Jordans. “The 13s were my favorite Jordans and someone stole them from me when I was a kid,” Paul said. “I didn’t get another pair until last year.” Now the 25-year-old is working on his fifth signature sneaker under the Jordan brand. Joined by fellow Team Jordan representative, Dwyane Wade of the Miami Heat, both players talked about a recent a trip to the White House and playing basketball with the president. “[President Obama] is really good,” Wade said. “I was on [Paul’s] team, and we were actually losing.”

Shear Choice
While Nina Shoes are normally in the spotlight of every Miss Universe competition, another look is making the cut. Miss Australia, Jesinta Campbell, will wear her version of custom-made, high-heel boots with a shearling liner, for the swimsuit portion of the show, airing next week. “I really needed something that was comfortable onstage [and] combines comfort with fashion,” Campbell told Insider. “I think it represents Australia perfectly, and I feel confident.” But not everyone is excited about the look. People for the Ethical Treatment of Animals reacted strongly, urging Campbell to opt for a different pair of kicks. “After she reviews the information we sent, we hope she’ll rethink her costume,” said PETA spokesperson Ashley Byrne, who confirmed the agency sent the beauty queen a pair of sharp shears to illustrate the point. (Sheep are typically shorn by machine and are not harmed during the process.) “If she does decide to wear the [shoes], we hope she’ll be honest and carry the shears with her.”