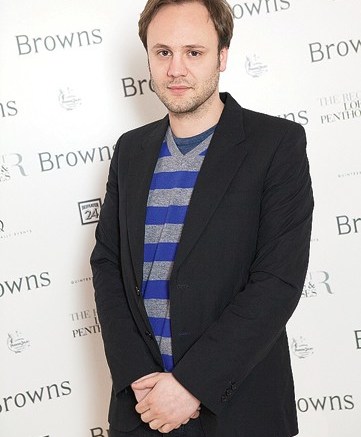 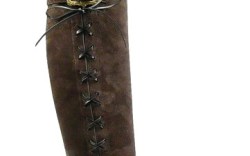 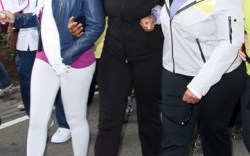 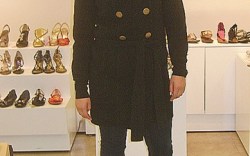 Brit Bash
Groundbreaking British fashion boutique Browns threw a bash last Wednesday in London to celebrate its 40th anniversary. The dinner and opening party launching “Browns: 40 Years of Fashion Innovation” (portraits by photographer Paolo Roversi), had fashion luminaries including Eva Herzigová, Oscar de la Renta, Suzy Menkes as well as shoe designers Nicholas Kirkwood and Rupert Sanderson in attendance. Insider caught up with Kirkwood at the post-dinner soirée, where the designer was ready to have fun — despite an 8:00 a.m. flight to Italy the following morning. “That’s not going to stop me from partying, though,” he said.

Costume Call
Cate Blanchett isn’t just a style icon on the red carpet — she’s a style star on screen. As Maid Marion in Ridley Scott’s “Robin Hood” (which opened Friday in the U.S. after its Cannes debut) Blanchett struts her stuff in custom Roger Vivier knee-high suede flat boots designed by Bruno Frisoni. “In my mind, I could see not only the boots, but Cate as Maid Marion,” Frisoni told Insider. “That’s how I picture her: a woman in man’s clothes. I wanted to create boots that were both feminine and masculine.”

O Positive
The “O effect” is in full effect. A week after New Balance’s Rock & Tone 1442 shoes made an appearance on the extravaganza episode of “The Oprah Winfrey Show” (May 7) celebrating the 10th anniversary of O, The Oprah Magazine, the company is reaping the benefits. NB reps said sales of the rocker-sole product more than doubled from the week before the episode aired. Ten winners of an O magazine contest were outfitted with NB’s 1442s for Miss Winfrey’s “Live Your Best Life” walk in Central Park — documented and shown on the episode. And her O-ness donned the toning style for a walk herself.

Talent Showcase
Get ready for the next generation of designers. The Fashion Institute of Technology presented select graduating seniors with the 2010 Next Generation Awards during an on-campus ceremony Tuesday. Ellen Goldstein, chair of accessories design at FIT, said that the “completely over-the-top” final designs would “really be a leg up” in the all-important quest to find a job post-graduation. Nine West Assistant Creative Director Jennifer Malatesta, who served as a judge, was impressed: “It was like looking at artistry.” Speaking of Nine West, Insider heard “Glee” songstress Jenna Ushkowitz stopped by the Nine West showroom last week to pick up a few styles for the red carpet and the Fox upfronts (set for this Monday).